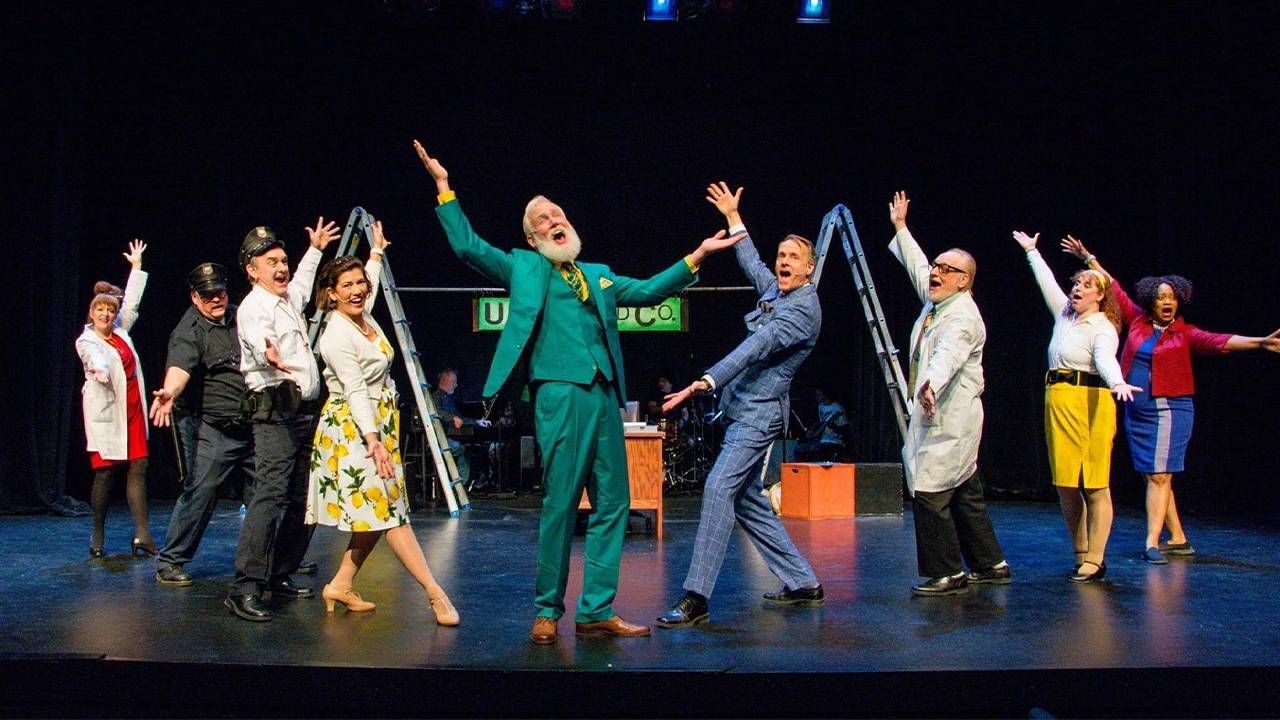 By Abdi Mohamed for Next Avenue

As a filmmaker, I aim to tell stories with impact. To do that, I have to be authentic, and part of that authenticity is using actors who have life experience they can relate back to their roles. It's why I love casting older actors.

The same is true for Richard Hitchler, founder of the three-year old Theatre 55, a Minneapolis production company dedicated to enriching the lives of elders as artists and lifelong learners. Hitchler started it, after 20 years running the children's theater SteppingStone Theatre, because he noticed a lack of older stage actors locally. Only 15% of performing artists in the Twin Cities were over 65, though that age group made up the majority of the audiences.

Hitchler believes age offers an extra dimension from older actors: "I think it brings a richness to any character that is written, simply because we've lived these experiences."

Hitchler recalled a time during rehearsal where one actor had a heart attack. She returned a week later and found a network of peers who shared their own health issues, offering advice and explaining how their lifestyle changes had benefited them. "The support that she had from the group to make that happen was incredible," Hitchler said.

I was curious to ask some older actors what it's like to work in the business, what they've learned over the years, what limitations they've encountered and how their life experiences have shaped their performances.  Here's what three of them told me:

Stephen Hage: A Chance for Reinvention

For my short film/TV pilot "Temp," one character I wanted to portray accurately was Dan, a high-strung manager of a telemarketing company. I needed someone who projected experience and professionalism. Luckily, I was able to cast Stephen Hage, 63, of Minneapolis.

He has a great acting resumé plus a background in business. Since his character was bitter and bogged down in work (a contrast with the young men and women working in the call center), Hage helped ground the project in realism by portraying a seasoned business professional.

In one role, Hage was cast as a world-weary professor. Despite not having a bleak outlook on life, he told me his life experience let him sympathize with this character. "I could understand where that sense could come from, as opposed to being a young man," he said.

Hage spent decades as a stage actor and two years ago made the transition to film. Since then, he's starred in over 30 features, shorts, music videos and commercials.

Hage told me he found a larger volume of work available in film and that theater often came with a set of stock characters. "We may not play those leads, but there's always going to be the parents or grandparents, professors, coaches, and neighborhood curmudgeons," he said.

He also sometimes gets the opportunity to reinvent himself. Hage recalled being required to do a fight scene and needing to learn its choreography while keeping his adrenaline in check. "It was incredibly liberating to know I can still do this," he said.

Zoe Yeoman: 'You End Up With More Arrows in Your Quiver'

Zoë Yeoman, 61, who lives in Albuquerque, N.M. and Atlanta, experienced bias against mixed-race actors like herself at the start of her career. Being both black and Jewish served as an obstacle, she said, but Yeoman wouldn't let this stop her.

She quickly learned that the only way to stay in the business was to be determined and unflinching. "You have to have the inner strength to know that it's not necessarily about your gift," she said.

Growing up as a Navy brat, she said, helped prime for her life as an itinerant actor. She's worked in every major market and is gearing up for a project based in the Midwest.

"I was never about being a big fish in a small pond," she said. "I always wanted to compete on a higher scale."

Over the years, Yeoman said, she has come to see her rich acting history as an advantage when she walks into an audition.

And while there have been gaps performing, Yeoman believes her time working as an event planner and for the brokerage firm Merrill Lynch gave her insight into some roles that followed.

"You end up with more arrows in your quiver," she said. Yeoman leans into her life experience as an asset for her performances.

That said, Yeoman acknowledged that the longer an actor is in the business, the more road bumps they may encounter. "The hardest thing about being an older actor is that life gets in the way," Yeoman said.

Ten years ago, Yeoman's mother died and the actor was so deeply affected she took time off performing. Her brother died subsequently and more recently she lost her father. But Yeoman said she has found comfort from her husband and thinks it's critically important that older actors have a system of support.

"Will I ever become a household name? It doesn't matter because I get to do what brings me joy," Yeoman said.

Ralph McCain: All About the Satisfaction, Not the Money

Ralph McCain, of New York City, is in his early 60s and finds himself drawing from his past for his performances. "You bring a wealth of life experience," he said about being an older actor.

For example, McCain is now in a student production playing the lead's father, a tough parent who pushes his son to pursue boxing while unaware of his health issues. For this role, he drew from his own parenting experience, when  he advised his son to pursue a degree in something the young man wasn't passionate about.

In his 30s, McCain moved from Detroit, where he got his start, to New York. "I didn't sing and dance, so it was very hard to get good acting jobs in New York," he said.

He worked as a housing inspector for New York City for a time but remained steadfast in his dream by creating his own opportunities. That included starting a theater company while going out for theater and film projects.

Being of mixed-race background, McCain said, hindered him early on, because casting directors sought to cast people they felt would fit neatly into racial categories, especially for commercials.

McCain recalled one conversation he had with a casting agent who turned him down for a job. "She said you're not burly enough, and I almost got offended," he said.

With a pension and Social Security, McCain isn't in acting for the money. "I get a lot of satisfaction out of it," he said.

Abdi Mohamed is a freelance writer and filmmaker based in St. Paul, Minn. He writes about racial injustice, politics, culture, arts, education and technology.