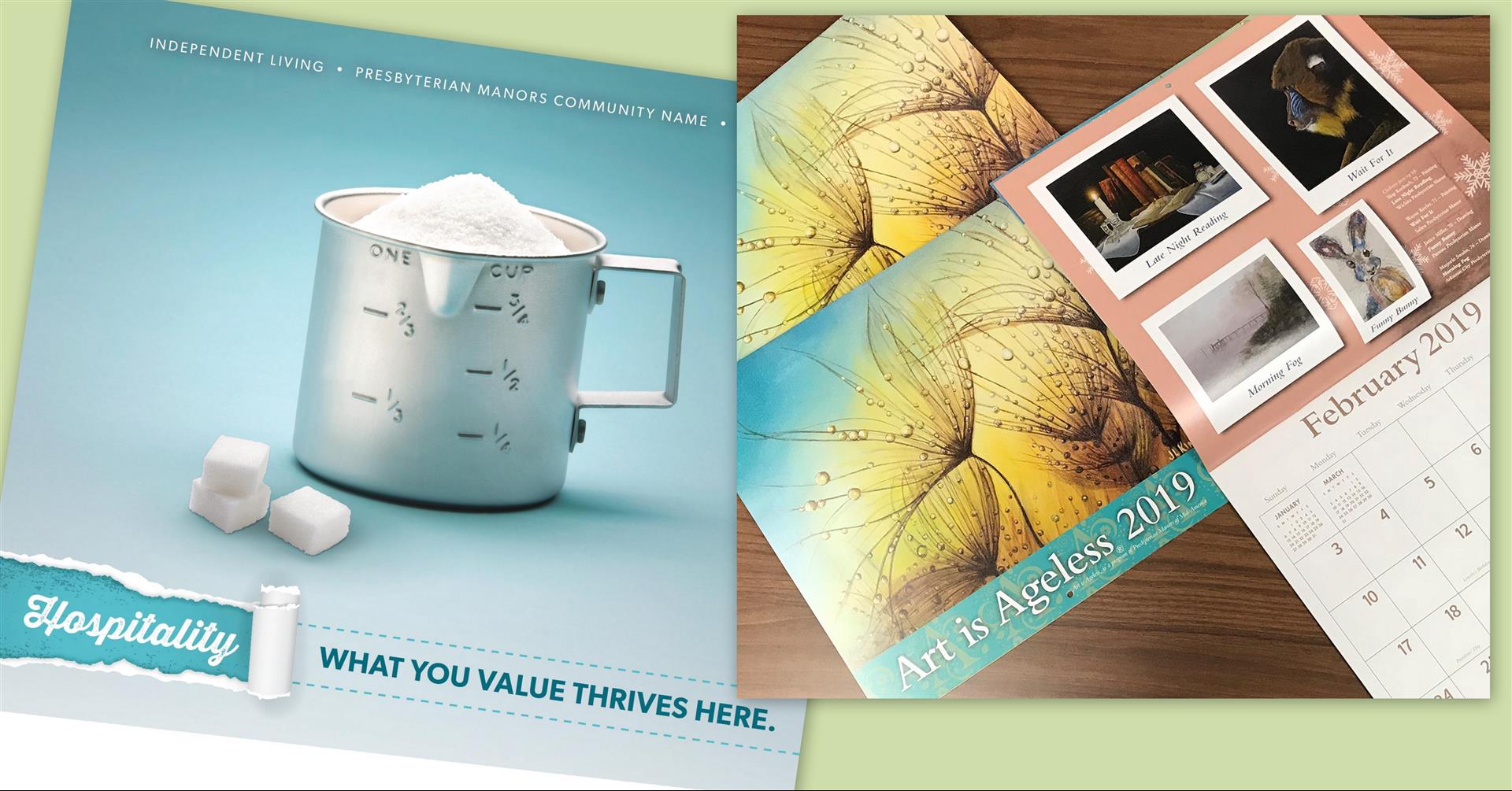 Art is Ageless is a trademarked program of PMMA, a faith-based organization with 17 senior living communities in Kansas and Missouri. Each community holds a juried art competition exclusively for people age 65 and older.

Historically, winning art is displayed in the ever-popular Art is Ageless calendar and greeting cards. Electronic greeting cards featuring winning artworks can be sent by visiting ArtIsAgeless.org. Periodic programs and classes are held throughout the year to encourage seniors to express their creativity. Started in 1981 when resident art was featured in a calendar, the competition is now open to all seniors in the area. Learn more about the program at ArtIsAgeless.org.

Also awarded at the gold level, the series of print ads in the values campaign feature a collection of values identified by a focus group that describe PMMA’s senior living communities in Kansas and Missouri. The ads feature images that represent those values to the consumer. The ads have been placed in publications by communities in both Kansas and Missouri, and are reflected in the new PMMA and community websites launched in April.

More than 4,000 entries were received in the Healthcare Advertising competition, making the awards the largest healthcare advertising awards competition and one of the 10 largest of all advertising awards. A national panel of judges were engaged to review all entries based on creativity, message effectiveness, consumer appeal, graphic design and overall impact.