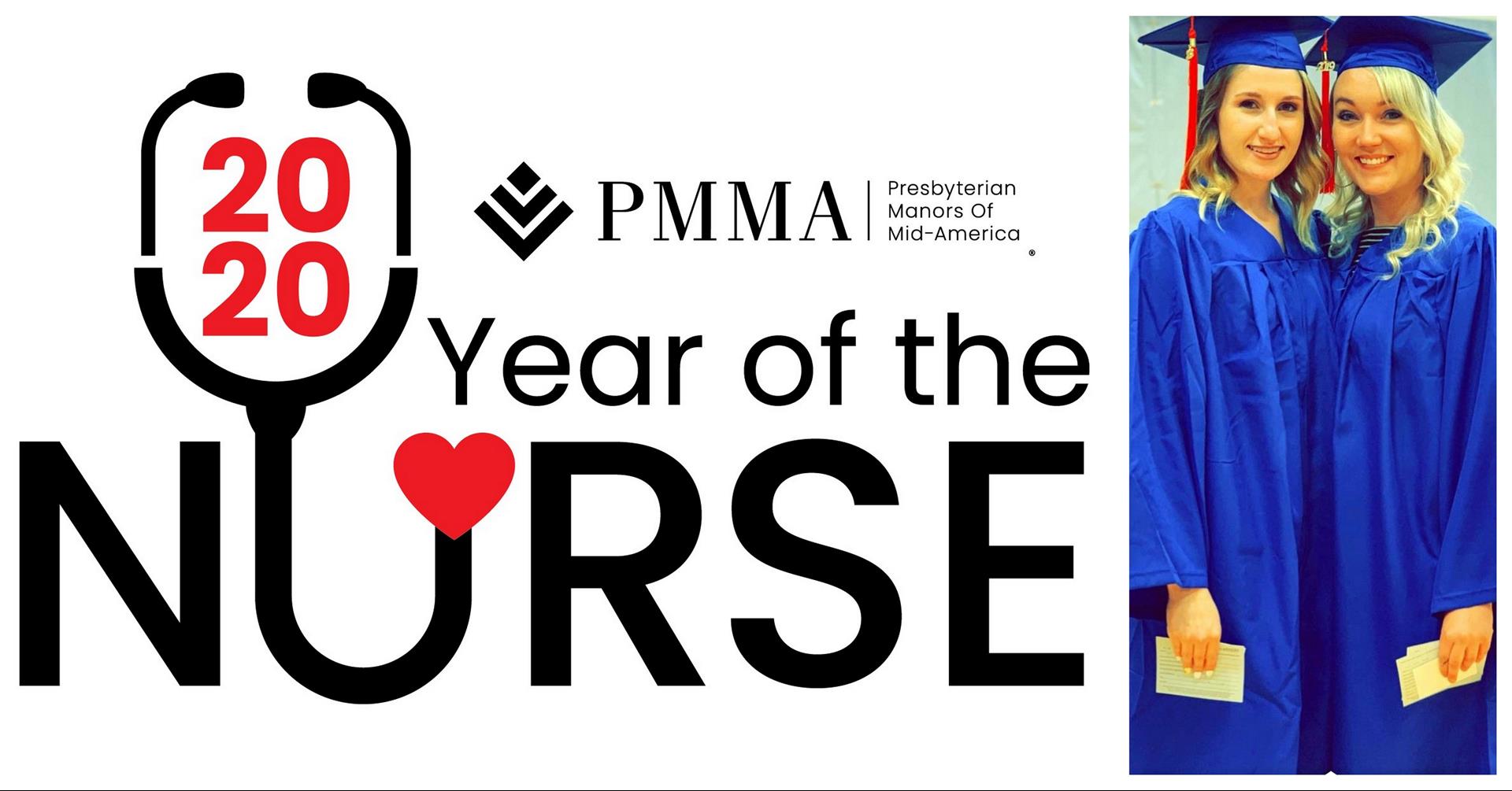 “We always talked about going to nursing school together,” said Kelsie. “One day I enrolled in the prerequisites for nursing school and said it would be fun to do this journey together. That’s where it started.”

The Hutchinson Community College students took classes together and leaned on each other throughout their degree path.

“Kelsie and I have been great friends since we started working together as aides six years ago,” Ashley said. “We studied together a lot ... She was definitely my rock during trying times in nursing school.”

“Nursing runs in my family,” Kelsie said. “Both my grandma and grandpa were RNs in Larned. My grandpa also worked for EMS.”

Ashley followed the example of her mother, who worked at the Presbyterian Manor when she was pregnant with Ashley.

Both nurses are glad to have made Presbyterian Manor their home and value the relationships they have formed with residents as well as the opportunities they have been given.

“I have learned a lot while working here and wouldn’t be the nurse I am today without the role models I have followed (here),” Kelsie said. “I decided to stay in long-term care because the Presbyterian Manor helped me with school. Leaving here has never crossed my mind.”

Stephanie Goetz, director of nursing, feels fortunate to have Ashley and Kelsie on her staff.

“They are both very hardworking, dedicated employees who are focused on our mission,” said Stephanie Goetz, the Presbyterian Manor’s director of nursing. “I think they are going to be great leaders in the field of nursing.”

“We’re proud of their accomplishments and look forward to seeing where their nursing career takes them.”

PHOTO: Ashley Boor (left) and Kelsie Hall (right) supported each other when they returned to school. The new licensed practical nurses graduated and passed their boards last December.

Posted on
February 16, 2020
by
Cindy Kelly
filled under
Quality
Year of the Nurse
Employees
« Back to Blog