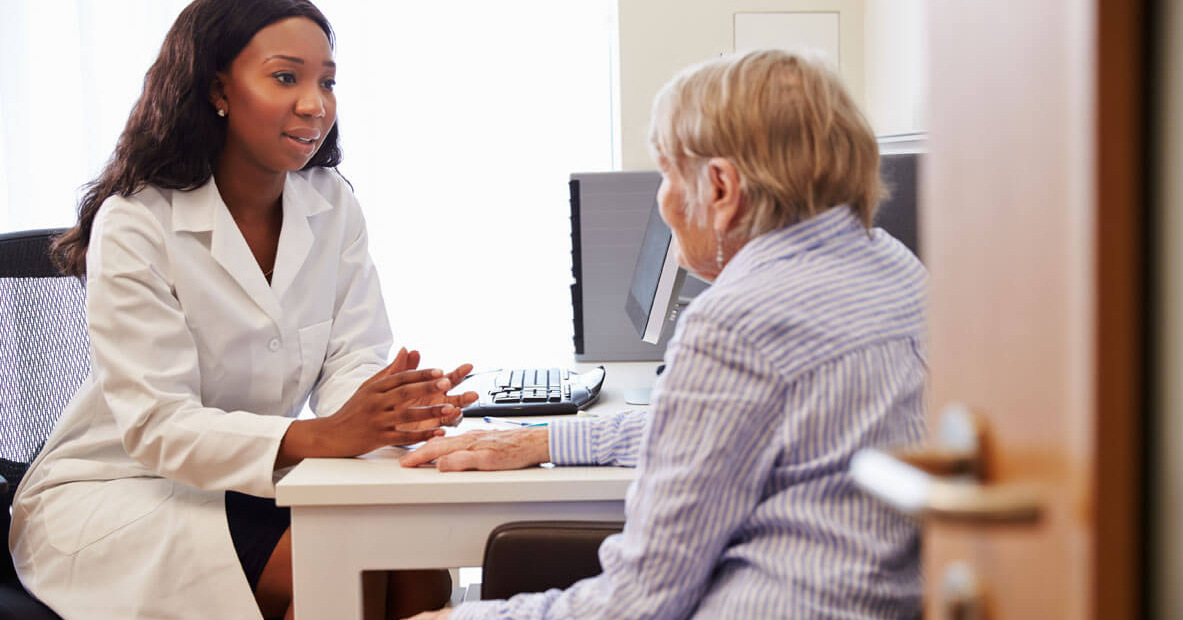 By Sherri Snelling for Next Avenue

Women seem to be dominating the headlines recently, with the triumphant U.S. women’s team World Cup Soccer win and the focus of attention on Capitol Hill’s female legislators. However, one area where women are leading is not a reason for applause: the disproportionate impact of Alzheimer’s disease on the female population.

While definite answers remain elusive, a growing body of research — the latest presented this week at the Alzheimer’s Association International Conference (AAIC) in Los Angeles — is uncovering the reason why two-thirds of the 5.7 million Americans living with Alzheimer’s are women.

“Women are at the epicenter of Alzheimer’s disease as both persons living with the disease and as the caregivers of those with dementia,” said Rebecca Edelmayer, director of scientific engagement at the Alzheimer’s Association. “Over the last three years, the Alzheimer’s Association has invested $3.2 million into fourteen projects looking at sex differences for the disease and some of the findings today may explain risk, prevalence and rate of decline for women.”

The Biological Clues of Alzheimer’s

Several Alzheimer’s studies focused on the biological clues to why women are more affected. Vanderbilt University Medical Center research found abnormal tau protein in the brain may have wider spread among various brain regions in women than in men. Tau is a toxic protein that creates tangles leading to brain cell death and is regarded a hallmark of Alzheimer’s disease.

In one study, the Vanderbilt researchers focused on tau structures in positron emission tomography scans from 301 healthy men and women, as well as 101 men and 60 women with mild cognitive impairment (MCI). They found the women with MCI had more tau network connectivity and accelerated spread of tau across more brain regions compared to men.

The researchers surmised this structural and functional difference in the brain among men and women may point to possible sex-specific treatment and even prevention interventions.

Another study found women may be at a disadvantage when it comes to earlier Alzheimer’s diagnosis. That’s because women typically score higher than men on verbal memory tests, such as recalling words and lists, which involves the temporal lobe and hippocampus regions of the brain.

In that study, researchers from the University of California at San Diego School of Medicine reviewed brain scans of 1,022 adults to analyze sex differences in how the brain metabolizes glucose (sugar), which is the energy needed for brain function, in areas affected by amyloid plaque — another signature sign of Alzheimer’s.

The study looked at different stages of the disease along with verbal testing scores. In addition to scoring higher on verbal memory, women were found to metabolize glucose more efficiently, which may give women the ability to compensate for dementia damage and retain cognitive function longer.

While that might seem like an advantage, the delay in diagnosis is a risk factor for women who may not benefit from pharmacological therapies and participation in clinical trials targeting earlier stages of the disease.

A third study led by researchers at the University of Miami, looked at the genetic differences between men and women. This study analyzed more than 30,000 genetic profiles, half of which belonged to people who had Alzheimer’s and half which did not.

The researchers found 11 genes that may lead to the development of Alzheimer’s. Among four genes related to disease risk by sex, one showed more risk in females than males, while three genes found more risk in males than females. The researchers believe these four genes were connected to the immune system where sex differences are distinct. They have received a National Institute on Aging (NIA) grant to further explore these initial findings by reviewing 100,000 more genetic profiles internationally.

Switching gears from biology to socioeconomic impacts, a study conducted by the University of California Los Angeles analyzed data on 6,386 women from the National Institute on Aging’s Health and Retirement Study regarding work life. Assessing data from these women over a span from age 16 to 50 who reported employment and who were married with children, researchers found that steady work may reduce Alzheimer’s risk among married moms.

The rate of memory decline for women age 60 to 70 who were married mothers and who never worked was 61% faster compared to their married mother peers who continued to work. Also, moms who had a prolonged period of single motherhood without employment had memory declines 83% faster. Researchers believe the consistent cognitive stimulation from work helps increase cognitive reserve in women.

Analysis of a six- to nine-year follow-up in the cohort data found that study participants who adopted four or five low-risk, healthy lifestyle behaviors had a 60% lower risk of developing dementia compared to adopting only one healthy behavior (which decreased risk by only 2%). This also may be cause of concern when it comes to the 16 million family caregivers of people with dementia, 60% of whom are women. Caregivers of people with Alzheimer’s in other studies have reported higher levels of emotional stress and increased depression, which is another Alzheimer’s risk factor. They also reported negative coping behaviors (such as smoking or alcohol abuse) and lack of time or energy for self-care activities like exercise, good nutrition or mindfulness breaks.

In hopes of addressing this caregiver issue, the Alzheimer’s Association reported on a University of Pennsylvania School of Nursing study on caregivers who had used the Association’s 24/7 toll-free Helpline. The research found a 27% improvement in caregiver emotional distress and a 29% improvement in managing stress; 70% of callers took action within the first week of phoning for help.

Brain Health Has to Take a ‘Mars and Venus’ Approach

The latest science regarding Alzheimer’s provides more evidence that the brains of men and women are different. In 2017, the Journal of Neuroscience Research published its first issue that looked exclusively at sex differences in brain structure and function. For example, the hippocampus region of the brain holds short- and long-term memory, as well as spatial memory and learning, and it is one of the first regions in the brain affected by Alzheimer’s. The hippocampus is larger in women than men. The amygdala, which is associated with emotions and recall, is larger in men than women.

Maria Carrillo, chief science officer for the Alzheimer’s Association, talked about the biological underpinnings of why more women than men get the disease. The need for continued sex-specific scientific exploration is important, and Carrillo believes this recent research “gets us one step closer to answering that question on why Alzheimer’s is different in men and women.”

Sherri Snelling is a gerontologist, consultant and national speaker specializing in caregiver wellness. She is CEO and founder of Caregiving Club and author of A Cast of Caregivers – Celebrity Stories to Help You Prepare to Care.