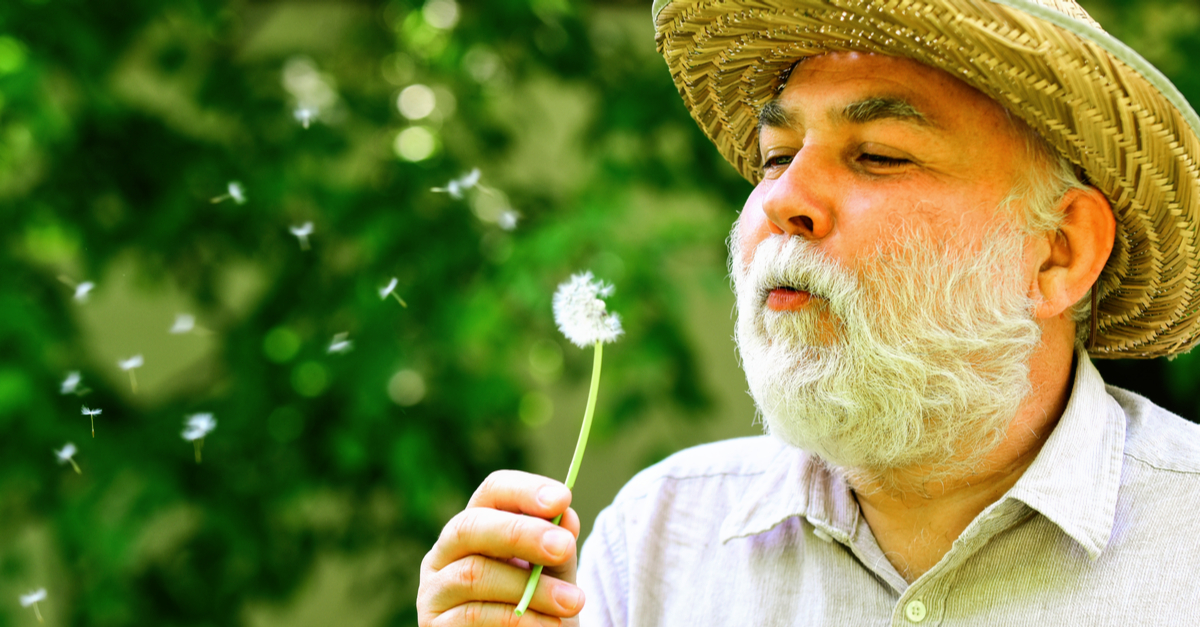 By Ashley Milne-Tyte for Next Avenue

When Brian LeBlanc found out he had Alzheimer's disease, the idea of living well was far from his mind. The neurologist delivering the news didn't even make eye contact, he says. He announced the diagnosis, "got up and said, 'I'll be right back,' and he just walked out the door," LeBlanc recalls.

But he didn't come back. The doctor sent in a physician's assistant with a couple of prescriptions, and that was that. No one raised the subject of how LeBlanc might live with the disease. He was 54 at the time.

In the years since, LeBlanc — now 61 — has pushed back against everyone who would assume he and others like him are no more than a collection of symptoms.

He describes himself as living well with Alzheimer's. LeBlanc is part of a growing group of people rejecting what they call "the tragedy narrative" of the disease.

A New Chapter Living With Alzheimer's

To LeBlanc, who used to work in PR and communications, that means doing many of the same things he did before. He can't drive anymore, and that was a loss, but he still gets out. He recently attended an Eric Clapton concert with his wife Maureen near their home in Florida. "What a show!" LeBlanc recalls.

He loves cooking, too. "Being from Louisiana, I'll make red beans and rice, jambalaya, the Cajun specialties that I grew up eating. It's fun for me. I'm working with my hands and using my brain to remember things," he says. "It really puts me on the right track."

And when he gets off track, LeBlanc says, or is overcome by "brain fog" or just gets down, Maureen will tell him to get in the car so they can "go for a ride and blow the stink off," as she puts it.

"The things she does for me to prolong my life and my memory are phenomenal, and she does it each and every day," he says.

While LeBlanc has the support of his spouse, Nia Mostacero is single and lives alone. A longtime member of the Air Force, she was 42 when diagnosed with early-onset Alzheimer's. Now 46 and retired, Mostacero lives in San Antonio, Texas, although she's about to move to Idaho to be closer to her son. She'll have her own place there, too.

"Honestly, I find a lot of solace in living alone," she says. "I don't have someone constantly reminding me of the things I may be messing up. I also find living alone gives me a sense of peace. I only concentrate on myself and living well."

In her case, that means listening to music, painting, caring for her dog and volunteering at her church. She de-cluttered her space to have fewer things to think about at home.

Mostacero and LeBlanc are both involved with a new nonprofit, The National Council of Dementia Minds, which is led by people living with dementia.

Mostacero, who is African-American, is active with a sub-group, Black Dementia Minds. She says, "in the Black community there's not a lot of advocating, or people saying 'go and take part in clinical trials.'"

Rather, she describes an urge to protect and close ranks. After a diagnosis, Mostacero says, "the family just clicks into gear and decides how they're going to take care of that person." The stigma of the disease is strong. She wants to break that down.

Still, Mostacero admits it took her a while to get here. Soon after her diagnosis, she fell into a depression. "It took a year for me to snap out and realize, 'I'm still here,'" she says.

More than Just a Disease

That realization that the person is "still there" and living a full life is something registered nurse Melissa Harris says more people in the medical community need to think about — herself included. Harris was a geriatric psychiatric nurse for several years and is currently a research fellow at Duke University's School of Nursing.

"Being in research, we don't focus on the lived experiences of the person being diagnosed. We focus on symptoms and what that's like for the care partner," she says.

Several months ago, as part of her research, Harris met with the wife of a man living with dementia whose family has, among other things, bought and trained a service dog to help him with daily tasks and keep him engaged. She was reminded that dementia "'isn't just about loss."

Harris then spoke to seven people with dementia. She learned a lot.

"What changed for me is [the conversation] highlighted that I needed to be focused on both individuals equally, the person living with dementia and their caregiver," Harris says.

The seven she spoke to over Zoom didn't talk about their symptoms. Instead, they discussed how having dementia had affected their emotions and relationships with other people, how meaningful those relationships were to them, what they loved to do and what they missed.

"The person with dementia can tell their own stories," Harris realized. "This is very understudied and it's not common in clinical practice."

Why? She says it comes down to a lack of training and understanding on the part of medical staff. "It's based on a long history of assumptions that people with dementia can't talk about themselves and the disease," says Harris.

She will take her broadened perspective into the classroom as she begins to teach nursing herself. Harris says change is coming to the world of dementia research. "Now there are more people focused on well-being and relationships, and the words 'to live well with dementia' are coming up more often," notes Harris.

According to Monica Moreno, senior director, care and support with the Alzheimer's Association, living well in the earlier stages of the disease isn't just for the middle-aged.

"For someone who's older, it isn't different in my experience...the disease has given them the opportunity to slow down and appreciate the simple things — time with their family, being able to live another day and be independent," says Moreno.

Even as the disease progresses, "it's still about focusing on the person as an individual and what brings them joy," she notes.

Brian LeBlanc agrees, although he is no Pollyanna.

"If I were to say it's an easy life I'd be lying," he says. Still, "I have a saying that I have Alzheimer's but it doesn't have me."

LeBlanc's advocacy work is an important part of his life. He wants to help others understand that people living with dementia are still people. They need their friends. They may need help with certain things, but their humanity is very much intact.

"I finally found after fifty-four years what I was supposed to be doing with my life," he says. "And this is it."

Ashley Milne-Tyte is a freelance journalist based on Long Island. She has a background in radio, and reported her first pieces on older adults while working for Marketplace, the public radio business show. Since then she has written and hosted the podcast Tight Knit, an eight-part series on family caregivers. She is also the creator and host of The Broad Experience, a podcast on women and the workplace.