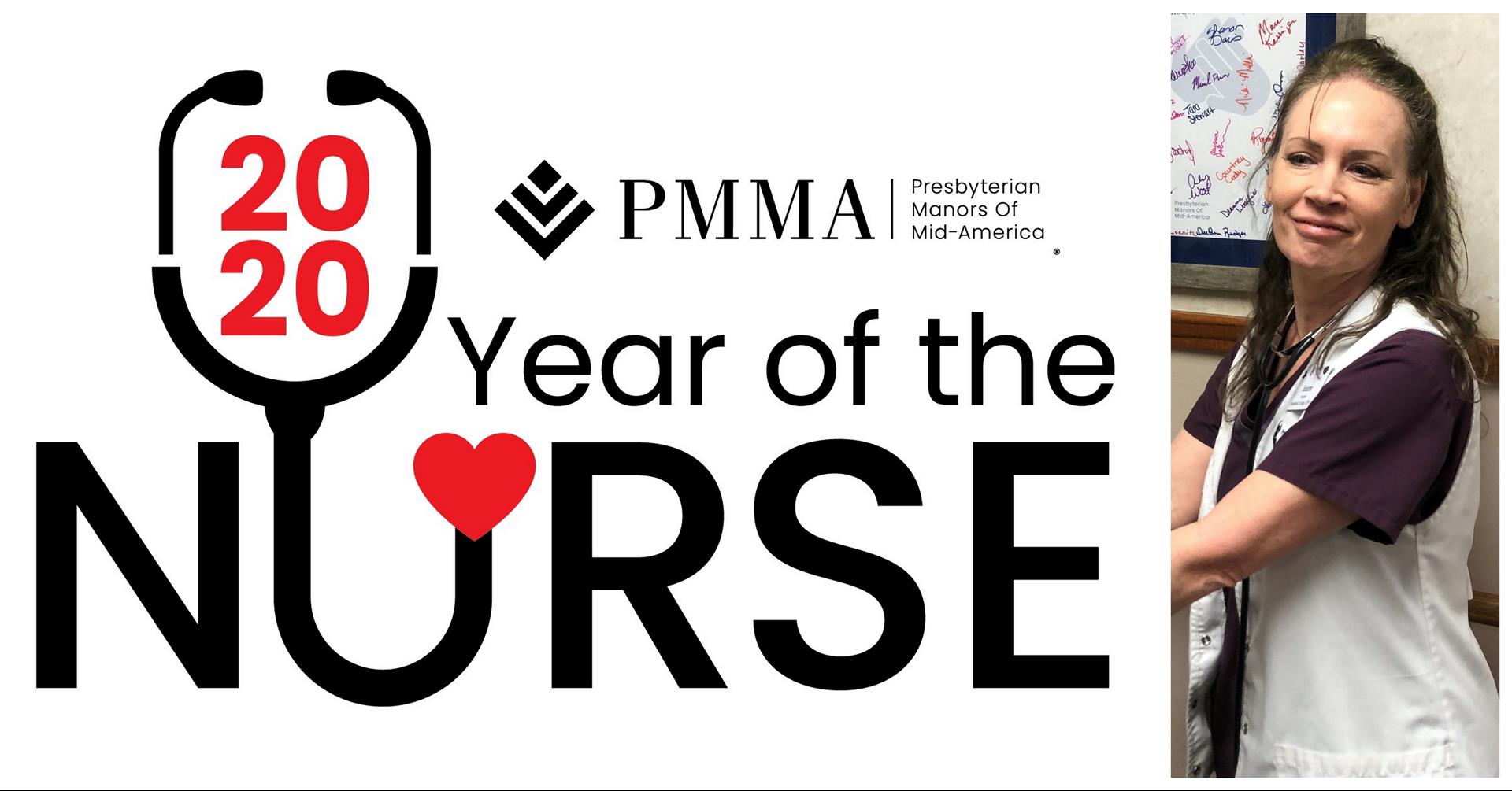 Jeanne Douglass looks back at long career in nursing

When Jeanne Douglass got her first job in nursing, she was just 17 years old and was living in a small town in north-central Kansas. She had no official training, no experience. She just “needed a job.” Years later, as one of the community’s longest-serving assisted living nurses, Jeanne couldn’t be happier with how it has all worked out.

“I love helping people, and I love the elderly,” said Jeanne. “It’s nothing I planned. I guess God planned it.”

Jeanne’s start at Newton Presbyterian Manor also seemed to have happened as if by a stroke of fate. After moving to town with her family, Jeanne was in the process of going through training as a nurse at a local nursing home when it started to just not “feel right.” It was then that she came across an opening for a day-shift nurse at Presbyterian Manor.

“When I first walked through the front doors, I knew this was where I wanted to be,” said Jeanne. “I met a couple of dear residents with dementia, and right away I knew I wanted to be here.”

Now in her 13th year, Jeanne says a lot of things have changed.

“When I first came here, just one person worked on each floor in assisted living at a time, and they did everything from passing out meds to giving showers and helping with meals,” said Jeanne. “Today, we’re doing a lot more and need more and more nurses.”

While Jeanne has seen a lot in her career, nothing has come close to the current COVID-19 crisis. The virus has put an incredible strain on staff and residents alike; however, Jeanne has been impressed by both the community’s resilience and its ability to pull together.

“If you don’t like people and you’re in it for the money, don’t do it,” said Jeanne. “And if you want to gain respect, you have to respect others—we’re not here to have a title. I see everyone as equal, and I believe humility goes a long way. To be a great leader, you serve.”

Posted on
May 11, 2020
by
Cindy Kelly
filled under
Quality
Year of the Nurse
« Back to Blog