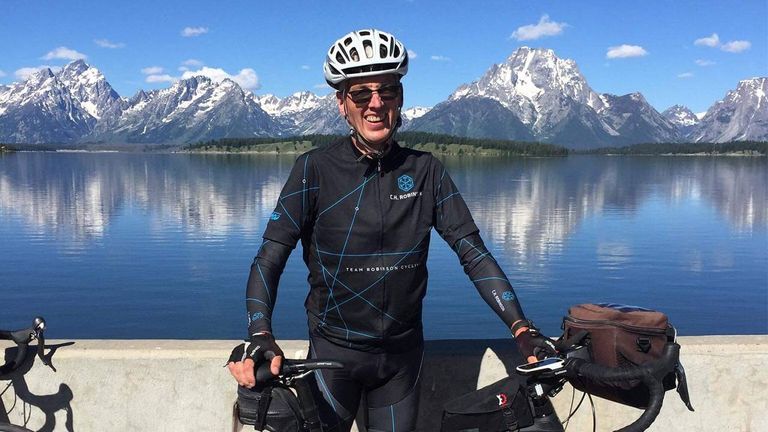 How to Keep Bicycling Into Your 50s, 60s and Beyond

By Rashelle Brown for Next Avenue

One of the best things about bicycling is that it can be a lifelong sport. Cycling's non-impact nature makes it easier on the joints than many other activities, and the prevalence of dedicated trails and pathways in many communities across the country means it's safer than ever to ride.

Still, injuries are not uncommon among avid bicyclists, and there are a few in particular that people over 50 need to watch out for.

To find out how cyclists at any age can keep doing what they love, we asked the experts: three longtime members of the Twin Cities Bicycling Club (TCBC); a cycling-focused physical therapist and a professional cycling coach.

They had some great advice, including a few things you might not have thought about.

According to Garrett Seacat, a professional cycling coach and owner of Absolute Endurance in Manhattan, Kansas, "One of the most severe and common injuries is a broken collarbone from falling or crashing."

He attributes these mishaps to a lack of confidence on the bike, or not enough practice with toe clips. But the riders we spoke with had other ideas about why most bicycle crashes happen.

"Keep right, keep RIGHT, and dammit, KEEP RIGHT!" Those are the three rules of bicycling safely, according to TCBC member Ed Hassler, of Minnetonka, Minn.

At 73, Hassler says he's been riding a bike for decades and has never suffered anything more serious than road rash. Hassler prefers to ride on paved bike paths rather than roadways, but says he still pays close attention at all times while riding.

"There's kind of a trade-off between looking at the scenery and staying safe," he says.

Debra Eardley, another member of the TCBC, also holds a doctorate of nurse practice, working in health promotion and disease prevention. The 63-year-old, from White Bear Lake, Minn., says that communicating with pedestrians and other riders is essential.

But another factor to consider is eating a well-balanced diet. Eardley says it's especially important for aging riders to get adequate calcium, magnesium and D3 to keep bones healthy.

What Do Insanity and Overuse Injuries Have in Common?

You've probably heard that famous Albert Einstein quote: "Insanity is doing the same thing over and over again, but expecting different results." Enthusiasts of any sport know that this is also the recipe for an overuse injury — and cycling is no exception.

"Cycling is a repetitive activity," says Chris Schwenker, a physical therapist with his own practice in Patchogue, N.Y., and he would know: last year he rode over 15,000 miles.

"Sitting on a bicycle, you're in extreme flexion of the trunk. The hip flexors never fully straighten and they become very tight," he explains. "The glutes become weak, and because of that, the pelvis isn't able to become stabilized." The result is low back pain, the most common issue he sees among his patients who cycle.

"Having a weak core makes it worse," he adds. "Especially over the course of an hours-long ride."

The remedy? Everyone we talked to agreed: Cross-training!

"Cycling is a single motion, so if all you do is cycle, you're going to probably get more injuries," says Kevin McCarthy, 62, of Plymouth, Minn. McCarthy completed a group ride across the country three years ago and currently rides 200 to 300 miles per week. (Kevin McCarthy is pictured at the very top.)

But cycling isn't the only thing he does. "I play soccer and alpine ski, so I get a lot of lateral motion for the knees and they're also weight-bearing for bone health."

The other huge piece of advice for avoiding overuse injuries is to get your bike properly fitted by a professional. Schwenker said that most bike shops offer this service, but if you want to be certain you've got the optimal fit, it's essential that you go to a certified bike fitter.

Keeping Fit: For Cycling and For Life

Cross-training isn't only good for avoiding cycling injuries, it's necessary for maintaining fitness, both on and off the bike.

"You've got to make a whole-body investment into your health, and not be so focused on cycling that your overall health is suffering," Seacat says. He has his athletes do whole body strength training, with dumbbells or bodyweight exercises, three to four times per week.

Schwenker was also concerned about the negative impacts that aging cyclists can suffer due to too much time on the bike.

"After fifty, muscle mass declines about five percent every decade," he says. "So anything you can be doing off of your bike that's weight-bearing and can provide some resistance is going to be great for you."

In terms of maintaining fitness on the bike, McCarthy says that riding lots of miles is key.

"Before I retired I couldn't understand how folks in their sixties were faster than me. But when you can bike every day, it's easy to improve your fitness," McCarthy noted.

He added that when he did the cross-country ride at 59, he was the fittest he'd ever been in his life. He was quick to add, though, that cycling is just a summertime activity for him; he includes plenty of cross-training in the winter.

Cycling at 70 and Beyond: Utilizing Technology

For those who just want to keep riding for as many years as possible, consider an e-Bike. That's a bicycle equipped with a small, electric motor which can give you a boost up hills or whenever you need it.

Ed Hassler joked that he's been "condemned to the e-Bike" since being diagnosed with arthritis in his knees and hips, but that it lets him lead a group ride with the TCBC every Thursday in the summer.

McCarthy had tales of riders in their 70s cycling across the country with him. "One of them was on a recumbent and another was on an e-Bike, but they were right there with us," he says.

The way that Chris Schwenker rides might also hint at a new chapter for aging riders: completely indoors. Just on the cusp of 50, Schwenker actually races competitively in a virtual cycling network with over 3 million members, which he blogs about extensively.

He says there are all kinds of categories, events and rides on the virtual network. "The competition is extremely lifelike and competitive, says Schwenker. "It's a great form of exercise and extremely motivating to control an avatar on the bike."

Whether cycling is a new passion or a lifelong love, by paying attention, following the rules of the road, eating well, cross-training and exploring other ways to ride, you can keep logging miles for years to come.

Rashelle Brown is a long-time fitness professional and freelance writer with hundreds of bylines in print and online. She is a regular contributor for NextAvenue and the Active Network, and is the author of Reboot Your Body: Unlocking the Genetic Secrets to Permanent Weight Loss (Turner Publishing).