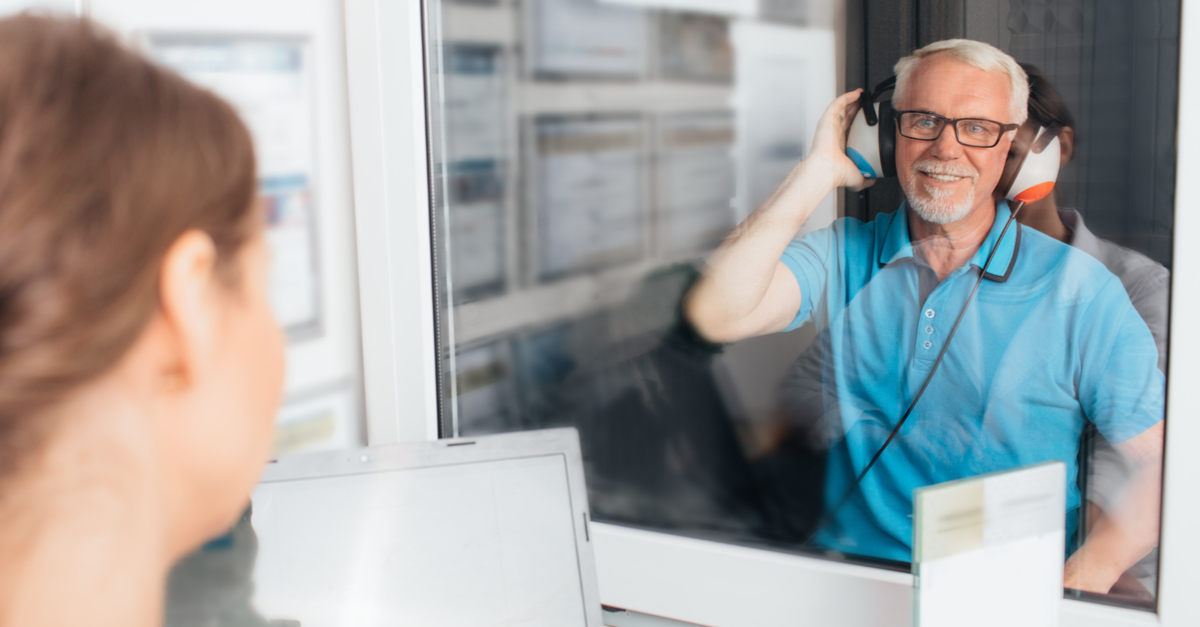 Can Companies Like Apple and Bose Make Hearing Aids Trendy?

By Nora Macaluso for Next Avenue

Age-related hearing loss is common — in fact, it's almost certain everyone who lives long enough will experience it — yet it's not commonly treated. Fewer than 1 in 3 people aged 70 or older who could benefit from hearing aids has used them, according to the National Institutes of Health (NIH). That's despite growing evidence of a link between hearing loss and cognitive decline, dementia and depression.

Hearing aids, the main way to treat age-related hearing loss, are expensive. On top of that, people often don't want to wear them. But that all could change as technology advances and over-the-counter versions made by companies like Apple and Bose soon hit, and shake up, the market.

And the market is growing as boomers' hearing starts to fade. Hearing loss affects about 1 in 3 people between the ages of 65 and 74, and nearly half of those older than 75, NIH statistics show.

Could boomers do for hearing aids what they did for eyewear and orthopedic shoes? Progressive glasses and contact lenses have replaced bifocals, and there's a wide range of comfortable footwear that doesn't look like it comes from a medical supply store.

Most people are reluctant to admit they have a hard time hearing, Golub told journalists at Columbia's 2021 Age Boom Academy in early May. Age-related hearing loss comes on slowly, so there's an element of denial.

The stigma associated with wearing hearing aids and the cost — as much as $8,000 for a top-of-the-line pair — are holding people back, he said.

That could be about to change. Congress passed legislation in 2017 allowing manufacturers to sell hearing aids directly to consumers, without a prescription from an audiologist, and the U.S. Food and Drug Administration (FDA) is expected to issue draft regulations on safety and effectiveness in the next year or so.

Already, companies are releasing earbuds that boost or filter sounds and hearing-aid manufacturers are refining their offerings.

Apple AirPods, while not hearing aids, have a "transparency mode" that lets users adjust amplification settings, and there are settings on Apple devices that allow customized audio settings. The AirPods Pro version retails for $250. The company wouldn't comment on plans for future products.

Bose says its recently released $850 SoundControl Hearing Aids are the first to be cleared by the FDA for direct sale to consumers. Designed for mild to moderate hearing loss, they're programmed through an app so users can adjust settings. They're available in five states to start (Massachusetts, Montana, North Carolina, South Carolina and Texas), and the company plans to sell them nationwide.

The three big barriers to hearing-aid acceptance are price, complexity of access and stigma, said Brian Maguire, category director of Bose Hear. "We really believe we have the opportunity to change all three of these over time," he said.

The idea is to "consumerize" hearing devices so people look at them as similar to braces or eyewear — two categories that have changed dramatically over the last 15 to 20 years, said Maguire.

Hearing-aid manufacturers recognize that as well. WS Audiology markets its Signia Active Pro hearing aids to "everyone who wants to look cool and wants to enjoy hearing everything that's relevant to them and fully engage with all people that matter the most to them," according to a company press release.

"For the longest time, the use of hearing aids has been equated with old age," said Brian Taylor, director of clinical content development at Signia. That's "one of the more significant reasons" people are reluctant to consider them, he said.

Signia's new product "doesn't look like the traditional hearing aid, and kind of busts the stigma in a lot of ways," Taylor said. "Any time a device looks more like a consumer audio gadget and less like a hearing aid, you're going to see a lot of people embrace the device and be willing to wear it."

Insurance may not cover over-the-counter hearing aids, but people might be able to tap their health savings accounts for reimbursement.

People generally get hearing aids for the first time at about age 70, according to Taylor, who's also an audiologist. That's a number the industry would like to lower, he said, as data show early intervention can stave off cognitive decline, social isolation and other conditions associated with hearing loss.

Audiology groups are working with the FDA to develop recommendations for over-the-counter hearing devices. "There's a lot to consider," said Jodi Sasaki, audiologist and director of education for the west region of Widex, another WS Audiology division. "It's not just making things louder."

An audiologist can make sure hearing aids fit correctly, in addition to fine-tuning them so they pick up the sounds the user wants to hear.

"Your hearing is like a thumbprint," Sasaki said. "It isn't generic." Audiologists say it's important to consult a professional about your hearing, even if you choose an over-the-counter hearing aid.

The trick is to change the public perception of hearing aids, Golub said. People of all ages walk around with earbuds, some of which are "kind of cool," he noted. "They're kind of positive status instead of negative status."

And, he added: "I have a dream of one day working with an advertising company to make national ads, sexy ads encouraging people to wear their hearing aids."

That's not to say it will be easy.

The reality of aging is that "sometimes it's nice, sometimes it's not," Dr. Carla Perissinotto, a geriatrician and associate professor at the University of California, San Francisco, School of Medicine, told journalists at the Age Boom Academy. "It's not all glamorous."

Nora Macaluso is a freelance writer based in Philadelphia.