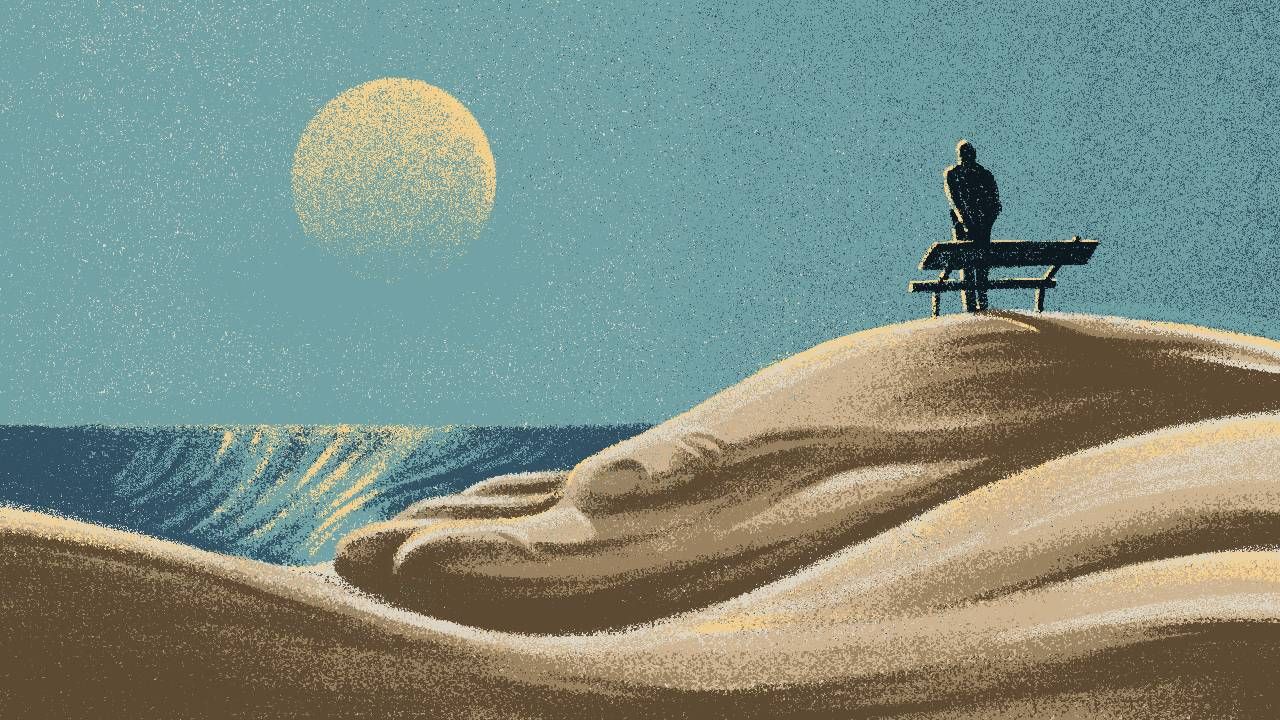 By Barbara Archibald for Next Avenue

It's early morning. The sun has just risen over the bay as I watch from the bedroom window and see him sit down on the bench, that boy whose legs are skinny, whose head is a curly mess, my 77-year-old husband. On a bench at the water's edge. It fills me with dread. That sitting down of his. He never sits down.

He's always out there doing Tai Chi. Standing. I think of calling to make sure he's feeling okay. I reach for my phone but realize I can't do that. He'll know I'm at the window, watchful.

I sit down on my bed. There's nothing wrong that I should worry so. Nothing but a triple bypass and a slew of pills.

So strange that my father experienced the same physical problems. But when he died, my mother was released from his demands, his restrictions, his yelling in the middle of the night.

Within days, she became a flower. She could do what she wanted. Within limits of course. It was hard raising my brother and me to adulthood because my father had secretly disinherited all of us. But she did it.

"I've survived," my mother used to say. "Nothing else matters."

I don't feel that way. The thought of losing my true friend of 40 years fills me with sadness.

We met in the last days of youth when we stood in the shadows cast by our former spouses. Over the years, we came to understand each other. I saw that he observed things closely until he comprehended them. He saw that I never met a word I didn't like.

We helped each other raise our children, not so well at first — stepparents make a lot of missteps — but we got better over time. I gave him my money. He gave me his. No questions asked.

I won't blossom without him, like my mother did. I will miss his rattling sounds in the kitchen when I wake up. I will feel the loss of that voice that doesn't always say what I want to hear. He scoffs. He debates. His politics aren't mine. He can be so damned sure of everything.

But he sometimes says what I need to hear. And he sometimes listens to me say what he needs to hear. And I will feel the loss of how we used to make music together, the notes becoming feebler with age, but there's still some melody if you listen closely.

I stand up and go back to the window. There's a skinny man by the water's edge with light hair. He's standing tall.

Editor’s note: This essay is part of Telling Our Stories, a series of 12 essays featuring the voices of Next Avenue readers, with support from Aroha Philanthropies. The full collection is available here.