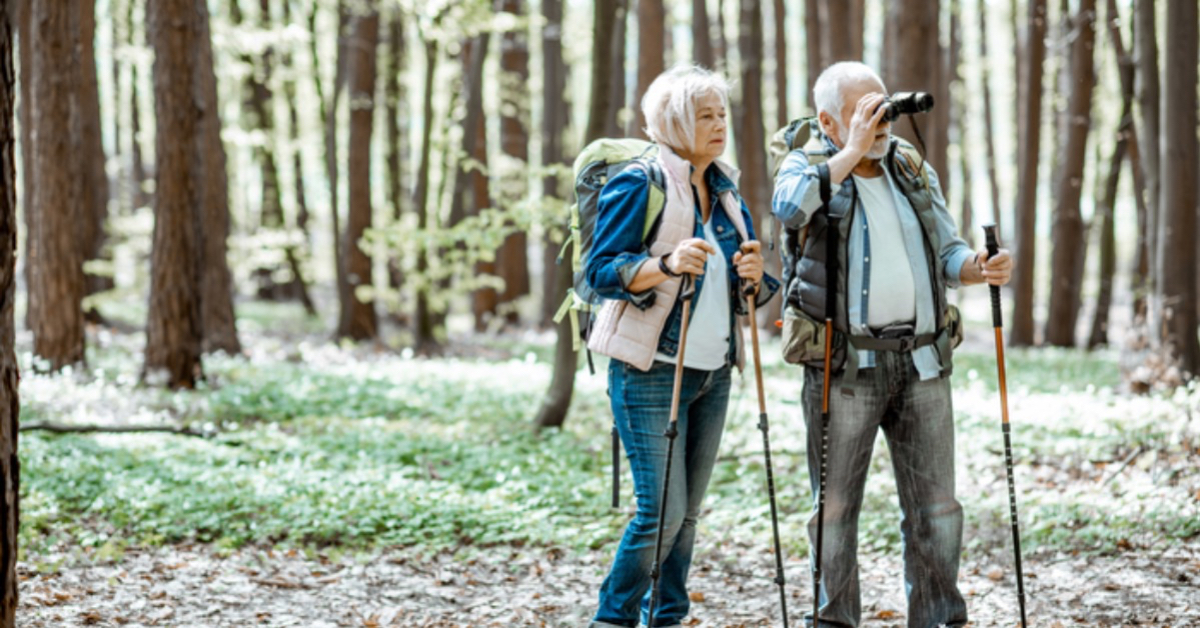 Birdwatching and Your Brain

A recent study in Canada suggests that knowledge of a subject, such as birdwatching, could play a role in aging and memory. According to the research group Statista, more than 15 million Americans counted themselves as birdwatchers in 2020, an increase from nearly 13 million participants in the previous year.

And if you are an accomplished birder, a new Baycrest study found that having expert knowledge in a subject such as bird identification could help with memory.

Sorting Out the Similarities

Dr. Erik Wing, a postdoctoral fellow at Baycrest's Rotman Research Institute (RRI) in Toronto, Ontario, Canada, led the study that looked at the effects of expertise on the brain by recruiting bird experts from Canadian birdwatching groups.

A higher degree of knowledge about a subject, using mental organization, can support memory.

They also studied experts in other activities such as gardening and hiking to compare their findings. Both groups were asked to arrange bird images on a screen by similarity.

Experts tended to group identifiers such as beak or tail structure. But the non-bird experts grouped their images with features such as color. Researchers then showed the participants a series of bird images. Then they were offered a second set of ideas that included some of the images they had already been shown.

The suggestion was that a higher degree of knowledge about a subject, using mental organization, can support memory.

The level of knowledge that a person has about a subject can affect the way a person observes or remembers something, and it isn't relegated to birdwatching.

"It's sometimes easy to forget how often two people will look at the same thing and have different experiences," says Wing. "A good example of this is art. I don't know much about paintings, and when I look at a landscape, I might notice only the most obvious elements of the painting."

"A day later, I wouldn't be very good at distinguishing which of several similar paintings I had viewed. An art scholar would have a completely different experience. Upon viewing the landscape, the scholar might begin connecting information in the painting to knowledge (a form of memory) about the overall style," Wing explains.

He adds, "Awareness of these elements might guide attention to other characteristics that could provide clues about the artist even if the specific work in question was unfamiliar."

If experts recognize birds primarily by taxonomy, and the controls identify birds by color, are different brain parts used? "Exactly how the brain represents conceptual knowledge is an area of active exploration. However, we know there are brain regions that support processing more general concepts that may arise through different routes," says Wing.

"For example, from a sensory perspective, hearing a bird song and seeing a photograph or merely a bird's name are quite distinct and involve auditory regions, visual processing regions, and areas involved in reading text, respectively."

The most significant difference, says Wing, is that in experts, there is a greater engagement of regions in the frontotemporal cortex, which might be highly specific in some cases (e.g., a particular bird species) or more coarse in others (e.g., narrow beak vs. triangular beak).

A recent essay by Andrew Lees, professor of neurology at the National Hospital, Queen Square London, describes how bird observation helped him catalog and organize knowledge in his practice, allowing him to approach his patients' symptoms differently.

"Birdwatching has given me a sense of freedom, a chance to commune with nature and an opportunity to become a noticer, which has helped me in my job as a doctor. Also, during the COVID lockdown, he says that watching bird flight and hearing bird songs "helped protect him from his demons."

Expert knowledge of a topic could change the way our brains age. Accumulated knowledge, everything learned and experienced, is relatively stable, and prior knowledge may serve as a "scaffold" for integrating new memories, particularly in aging, explains Wing.

Curiosity and exposure to new experiences, such as birdwatching, could help maintain cognitive function and well-being in older adults.

For example, mnemonic strategies or learning patterns can be effective for learning information like names or items on a list.

"Although some degree of age-related memory decline is commonplace, studies suggest that knowledge-based memory may be more resistant to this process than other forms of memory," states Wing.

"This may be because knowledge is acquired over a long time and across many experiences and because it is relational – learning one piece of information often fits into a larger structure. Likewise, having a preexisting knowledge base facilitates learning new information, which is true in aging and earlier life stages."

If older individuals are not experts in anything in particular, they could take up a hobby such as birdwatching to help with future memory or cognition. Yet, Wing says it is hard to draw a direct connection on an individual level. Still, hobbies and lifelong learning, including birdwatching, can certainly provide benefits to aging populations:

• Curiosity and exposure to new experiences, such as birdwatching, could help maintain cognitive function and well-being in older adults.

• Birdwatching and other hobbies can be social events, and social connection plays an essential role in cognitive aging. Birdwatching communities are readily accessible and can widen the social network of an otherwise isolated adult.

• Birdwatching in natural environments promotes physical and mental well-being. Nevertheless, even the slightest connection to nature, such as adding a bird feeder on a balcony and consulting a bird identification book, can impact an older adult's health.

• If you are new to birding, the American Birding Association can help.

• Cornell's Lab of Ornithology works to conserve and protect birds worldwide. In addition, you can read about and download Merlin, Cornell's birdsong identifier app, here.

• The American Ornithological Society advances the scientific study and conservation of birds. Members have access to Birds of the World (BOW), a database of bird species.

• Learn about endangered birds at the American Bird Conservancy, which is dedicated to helping wild birds and preserving habitats in the United States.

Rosie Wolf Williams is a freelance writer whose work has appeared in USA Weekend, Woman's Day, AARP the Magazine and elsewhere.