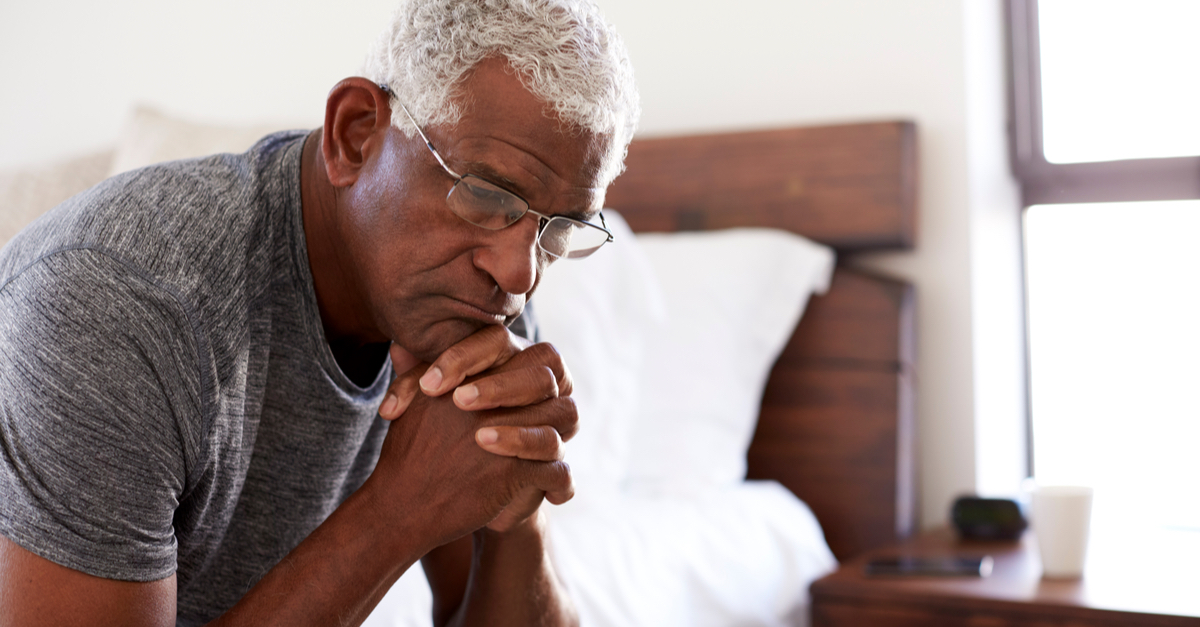 Are Older Adults More Open to Discussing Their Mental Health?

Bettina Dawes was sick of being trapped at home. She was overwhelmed by her fears of contracting COVID-19. She was tired of the thoughts that crowded her 78-year-old mind after nearly two years of not seeing family or friends. She was done, she says, of being told about lifetime chums dying alone. She had had enough of everything.

"I wanted to be done with life," says Dawes, who lives in Silver Bow County, Montana. "And once I realized that, I started thinking I either needed to kill myself or go get myself a therapist."

She chose the latter. And no one, Dawes says, was more surprised by her decision than she was.

A recent survey of nearly 4,000 older adults published by eHealth, an online health insurance marketplace, suggests that this kind of negative thinking, popular with an older generation, is changing. Two years into the pandemic, the study found, more people 65 and older are willing to seek mental health care.

They're more willing, after two years of isolation, to admit that their isolation led to loneliness, anxiety and depression.

The survey surmised that the COVID-19 pandemic upset older Americans' sense of well-being enough that their thoughts on mental health care shifted. They're less likely to place the stigma of compromised mental health — a long-held shame of our older generation — above their own well-being. They're more willing, after two years of isolation, to admit that their isolation led to loneliness, anxiety and depression.

The report, from February 2022, is based on a voluntary survey of 3,869 Medicare beneficiaries. It suggests that nearly half (48%) of older adults are willing, post-pandemic, to consider talk therapy or some other form of mental health care.

Before the pandemic, the study claims, only 35% of older people surveyed were willing to address the taboo topic of mental well-being. Only a little more than half had ever discussed mental health with their general practitioner.

Dr. Maureen Nash, a Portland, Oregon-based psychiatrist who specializes in geriatric psychiatry, believes that, early on in the pandemic, older adults were better off than many other people because staying home in isolation was something they'd been doing for years and were already good at.

"But then after the pandemic went on for a while, these people began to develop more anxiety and depression around being alone," says Nash, a member of the American Psychiatric Association's Council on Geriatric Psychiatry. "The impact of that has been really profound."

In fact, 40% of those polled in the eHealth survey said the isolation of pandemic shutdowns and sheltering-at-home made them feel sad and lonely, and they needed to talk about it.

The eHealth study showed that nine percent of those surveyed were seeking mental health care treatment for the first time in their lives. Before they could, says eHealth's Bob Rees, they had to let go of the societal shame of such things.

"I think it's fair to say there's long been a social stigma around the topic of mental health," says Rees, vice president of Medicare sales at eHealth. "Even when attitudes around mental health began to change in the past couple generations, older folks were more likely than younger folks to shy away from the topic or to place less value on mental health care."

Rees points out that the recent survey shows attitudes toward mental health among older adults have come a long way.

"Today, eighty-five percent say they're willing to seek mental health care. By comparison, only sixty-four percent said they were willing to do so ten years ago. That's a huge increase," he says.

Indeed. The study shows a 13% boost in older adults seeking mental health advice in just the last two years, and a whopping third of those polled felt that pandemic stress negatively impacted their mental health. That's because, according to two-fifths of those polled, those feelings of isolation and loneliness began to overwhelm them during strict pandemic shut-downs.

As a result, nine-tenths of these same people claimed they were no longer embarrassed to discuss thoughts of depression. They were choosing good mental health over shame and fear about "being crazy."

'I Didn't Know How to Start'

"I knew I needed to talk to a head doctor," she says. "But I was embarrassed, and I didn't know how to start."

During a routine check-up with her general practitioner, his medical assistant asked Dawes if she had been feeling any sadness or depression.

"And then it was like someone took a cork out of me. I couldn't stop talking. I was sitting there in that little paper dress they give you and just telling every sad story I had on my mind, about how I was scared I'd never see another friend or my daughter or really anyone ever again, and we were all going to die from COVID, and I was going just on and on."

And then, Dawes said, the medical assistant did the nicest thing.

"She put her hand on my arm and she said, 'Mrs. Dawes, I was telling my therapist about how scared I was of COVID just the other day.' And I looked at this little slip of a girl and I thought, 'If she can have a therapist, so can I.'"

It's new standards of general medical care, Nash says, that are making the difference.

"Twenty years ago, your primary care physician wouldn't ask you about depression," she points out. "Now, it's routine. So when the pandemic happened, there was already this raised awareness that depression and anxiety are just things your doctor asks about. And so maybe they're nothing to be ashamed of or afraid of."

A Heightened Sense of What Matters

Rees believes that many older adults came through the pandemic with a heightened sense of life's fragility and a willingness to reach out for help when they need it.

"And then it was like someone took a cork out of me. I couldn't stop talking. I was sitting there in that little paper dress they give you and just telling every sad story I had on my mind..."

"This was demonstrated when forty-eight percent told us they were willing to seek out mental health care today," Rees says, "compared to only thirty-five percent before the pandemic."

He says it's worth pointing out that today's older adults are different in many respects from those of only a decade ago.

"People who are age sixty-five to seventy-five today tend to be a lot more familiar and comfortable with social media than previous generations of seniors were," Rees explains. "They've been a part of the technology-driven social changes which I think have made many of us more comfortable with sharing our lives, our experiences, and our viewpoints with others. Sometimes even with strangers."

Nash agrees that people are seeking help more often these days in general. "I don't know anybody who hasn't felt traumatized by COVID," she says. "It's been a major cultural trauma, and it's shifted the background of everyone's life."

She sees the irony in a generation of people seeking talk therapy when they also don't feel comfortable leaving the house. "There's teletherapy," she says. "Clients can learn to Zoom their psychiatric appointments."

There's still work to do first. Changing attitudes among older adults about mental health hasn't necessarily led to a lot of head-shrinking. About half of the older adults surveyed admitted they hadn't yet talked to their regular doctor about a mental health referral. This was one of the most interesting takeaways from the eHealth survey, Rees says.

Looking Forward to Meetings with a Therapist

"Sixty-six percent of our respondents told us they're as willing to discuss mental health with their doctor as they are to discuss any other medical topic," he notes. "But then only fifty-one percent said they've never actually had that conversation with their physician."

When it came time to talk to her doctor about her anxiety and depression, Bettina Dawes lost her nerve.

"He came into the room, and I just told him I was there for my physical," she remembers. "He asked all the usual stuff and looked in my ears and all that."

But the medical assistant had made a note about Dawes's other complaints. "My doctor seen the note and was real gentle and kind," she says. "He told me that all people got sad, and that he would be worried for me if I hadn't been bothered by being shut up in my house."

Today, she looks forward to her weekly meetings with her therapist, a man Dawes says is her grandson's age.

"If I'd known this therapy stuff was just talking about my problems," she says today, "I would have started after my first kid was born. I laugh now when I think about how I didn't want to live no more, and I was afraid to tell people how I felt."

She pauses. "And you want to know another secret? My shrink is a real cutie, too!"

Robrt L. Pela is a Pulliam Prize-winning writer who has worked at magazines including Psychology Today, The Advocate, Phoenix Home and Garden and Men’s Fitness. For the past 30 years, he has been a columnist at Phoenix New Times and a correspondent with the NPR member station KJZZ. His last book was Filthy, a biography of the film director John Waters. He and his husband live in Phoenix, Ariz., and look forward, post-pandemic, to returning to their homes in Niles, Ohio and Bargemon, France.

Posted on
May 23, 2022
by
filled under
Aging Well
« Back to Blog
Find your senior living community today:
View All Communities
Request Information
Copyright ©current year | PMMA - Presbyterian Manors of Mid-America®