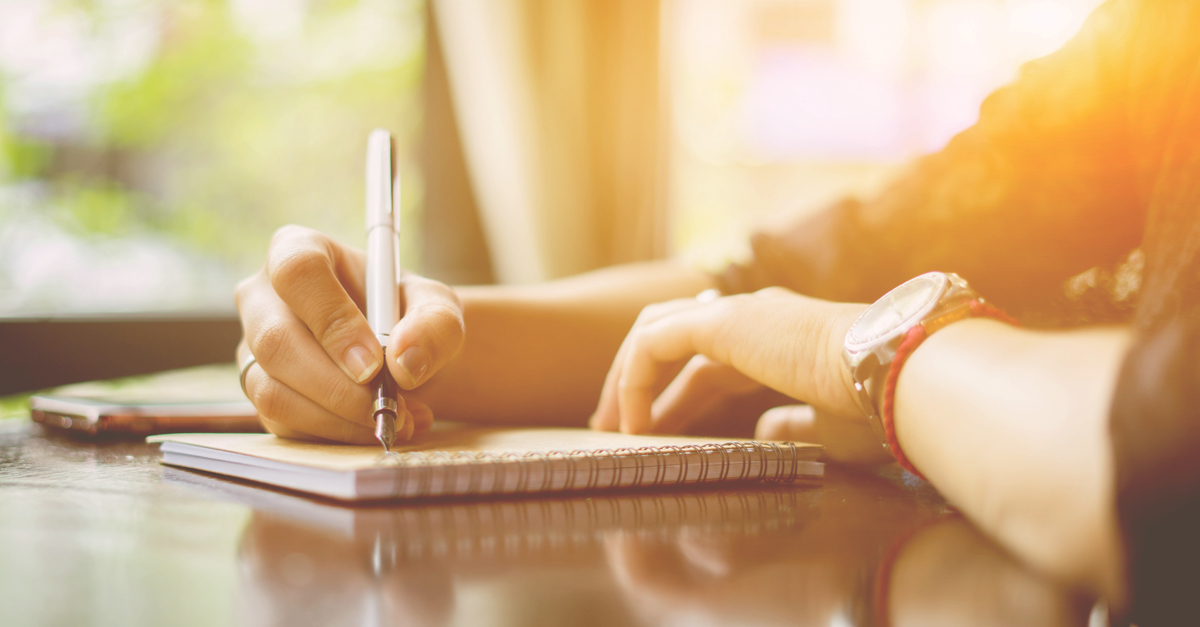 By Marcia Byalick for Next Avenue

I spent a bittersweet and humbling afternoon doing a job most people born after 1970 have never done. It was a task familiar to people who buy stamps and send anniversary cards. The kind of person who still writes checks and leaves voice messages. It was a quiet, tech-free activity where I communed with some of the characters who've drifted in and out of my life. Like weeding the garden or cleaning out the junk drawer, the task wound up more daunting than I anticipated. For three hours last Thursday, I rewrote my address book.

For those who grew up with all their contact information stored on their phone, an address book (which for my first 40 years I called a phone book), is a handwritten paper directory with A-Z tabs along the edge.

Mine was decades-old, a bulging mess of business cards and outdated details held together with a rubber band. It was a practical document full of how to get in touch with plumbers and doctors and neighbors and hairdressers. And cousins and lawyers and colleagues and friends. And a repository of lives lived and lost. Restaurants, and people "out of business." A chapter in the book about me.

It caught me off guard, those hours spent retracing my past. Who do I choose to not transcribe again? Some decisions are more clear cut than others.

My first cousin who I lost touch with around the same time? Hmmm, he stays in.

That old college friend; do I have any intention of staying in touch? Probably not. So do I "lose" her -- delete her -- forever? That's a hard one.

Occupations and Addresses From the Past

I rolled my eyes at the convoluted way I double-entered certain people for quicker retrieval under their name: Frank, James and their occupation — Accountant, Gardener. It surprised me how seemingly irrelevant last names were of those my car and nails and home depend on.

I also added some new names. This year was a chips-are-down time for me, and the number of random people and distant friends who stepped up deserve to be included.

The number of Florida addresses highlighted the passage of time. Some of my friends have been at an address as familiar to me as my own; some moved four times. I felt bereft rewriting addresses with half a couple. So many stories.

"Why didn't you just update your contacts?" asks my daughter. For so many reasons she'd find unreasonable. In no special order, there's the near and dear issue of WHAT IF. My generation likes a back-up.

A "real" address book won't crash or become corrupted or be rendered useless if there's a power failure or a natural disaster. It won't be stolen, its hard drive won't fail and its battery won't die. It'll never have to be revived in a bowl of rice if it's accidentally dropped in the toilet.

Of course, I recognize the worth of my cell phone's memory for speed dialing. I still like myself a hard copy.

The lo-fi list of the address book's whereabouts in my kitchen drawer is easy to reference for Christmas cards and party invites. When I recently had to call all my credit card companies and banks, it was handy to have all the particulars in one place.

Lastly, in the icky getting-affairs-in-order category ICID (in case I die), a paper address book — a mash-up of the personal and the professional — is straightforward access to all you need to know.

Anyone I've asked who still uses an address book admits it's been in their lives for so long, it's "worn and tattered," and "falling apart." They share my belief that between its covers are not just organized facts; there's an accounting of the center stage and bit players featured in our lifetime memories.

That's why when I finished up at Z, I put the old, battered copy — the one with my father's last phone number and the no-longer accurate addresses of places I laughed and learned and grieved — in a drawer in my bedroom. Next to the even older address book in my mother's handwriting.

There is comfort in the fact that my contacts are in the cloud, preserved in the digital world. Safe there along with the hundreds of photos on my phone. But the cloud will never elicit the kind of sighs or smiles as the shelf of a dozen photo albums in my den. Or a glance back through my obsolete, dilapidated address book. It's good to have back up.

Marcia Byalick is an award winning essayist, reporter, author and memoir writing teacher. Her work has appeared in the New York Times, Newsday, various women’s magazines and elsewhere, including anthologies.