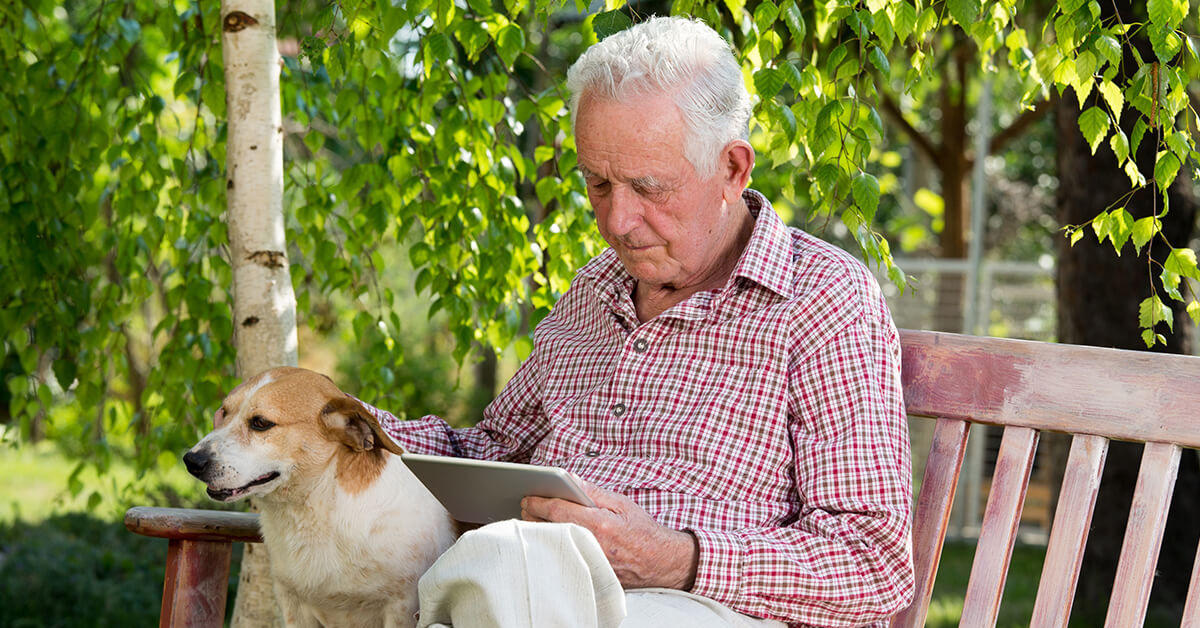 When Carla Sofka’s mother died just before Thanksgiving 2017, Sofka didn’t immediately post the news on social media. She was busy planning the funeral, making travel arrangements and getting an obituary ready for the weekly newspaper in her mother’s community.

“We had 23 hours to get the information to them if we didn’t want it to be 10 days before Mom’s obituary was in the local paper,” says Sofka, a professor of social work at Siena College in Loudonville, N.Y.

Then the phone rang.

Unbeknownst to Sofka, the funeral home had posted the obituary on its website, and almost immediately a childhood friend had spotted it and shared it on Sofka’s Facebook page.

“The minute that obituary showed up on my feed, people who saw it started posting comments and messages to me,” she says. “I didn’t even know this was going on, because I didn’t know it was there.”

What makes Sofka’s story ironic is that she has been writing and teaching about the impact of technology on grief and dying for decades. She even coined the term “thanatechnology” (“thana-” means death in Greek) in 1997. But in her moment of grief, she never thought to say to the funeral director, “Please don’t post Mom’s obituary on your website until we tell you that we’ve notified the people who need to find out another way.” (By the way, that funeral home now asks families whether posting is okay.)

Lee Poskanzer, CEO of Directive Communication Systems, which helps clients safeguard digital assets in their estates, experienced a more pleasant Facebook surprise in 2010 when he posted news of his mother’s death on Facebook. “A very close friend of mine, who I would never have thought about calling, actually hopped on a plane and was able to make my mom’s funeral the next day,” he says.

The Social Media Rules Have Changed

As Poskanzer and Sofka’s stories illustrate, digital technologies have changed the rules surrounding grief and dying.

“How does one decipher a uniform approach when our society is using technology in so many diverse ways and each one of us has a different approach to our online presence and our digital footprint?” Poskanzer asks.

Fortunately, experts like Poskanzer and Sofka have begun answering those questions. While the landscape is still shifting, it’s possible to discern some basic rules of “netiquette.”

Here are eight tips about death and social media:

1. Leave the scoops to CNN and Fox News. If you’ve heard about a death but haven’t seen a Facebook post from the next of kin, that could be because family members are still trying to contact people who need to hear the news firsthand. Sofka says a good question to ask yourself is, “Is it your story to tell?”

2. Think before you post. Even when it’s appropriate to share, make sure what you’re sharing is appropriate. Don’t post painful or disturbing information without the family’s consent — and even then consider whether sharing is appropriate. “We may not recognize that we could be harming someone by posting or tweeting or putting a picture on Instagram,” Poskanzer says.

3. Avoid being cryptic. Nuance vanishes in cyberspace. A post that says “I’m praying for the Johnson family at this difficult time” could refer to anything from a death to a job loss to a house fire. “You have to know the poster in order to understand a little bit where they’re coming from,” Poskanzer says. When in doubt, pick up the phone.

4. Remember that news travels fast. When Sofka’s aunt died unexpectedly, she elected not to tell her teenage daughter, who was on vacation in Florida and didn’t know her great aunt well. Unfortunately, cousins began posting stories about the deceased woman on Facebook, so Sofka’s daughter quickly found out and wanted to know what was happening. “I can’t believe I didn’t expect that,” Sofka says.

5. Be patient. “Sometimes people watch how many people like a post or how quickly they acknowledge it,” Sofka says. “Somebody who’s grieving doesn’t have the time or energy to focus on that.” And if you’re on the other side of the situation, consider posting something like Sofka did after her mother’s passing: “I’m overwhelmed by the caring and the kindness of the postings. Please forgive me if I don’t have time to respond right now.”

6. Watch out for problems. Unfortunately, online death notices can attract everything from negative comments to fraudulent GoFundMe campaigns allegedly set up to pay for funeral expenses. “As family members and friends, if we see that, we need to contact the family immediately so somebody can contact GoFundMe,” Poskanzer says.

7. Be helpful — but not too helpful. It’s fine to offer to monitor the family’s online presence for problems, but don’t go too far. Poskanzer recalls a woman whose husband had just passed away. “While she was sitting shiva (mourning in the Jewish tradition), somebody had memorialized the page to her husband’s Facebook,” he says. As a result, the grieving woman no longer had access to the page. Facebook also has information about legacy contacts; people chosen in advance to oversee memorialized accounts.

8. Adjust your response to the situation. Poskanzer lost a friend recently who was very active on social media — to the point of chronicling her cancer battle online — so sending online condolences after she died made sense. On the other hand, Sofka talked with a woman who’s not active on social media and had recently lost her father. “She said, ‘Nobody sent cards; that was the hardest thing for me, because if felt like nobody cared,’” Sofka recalls.