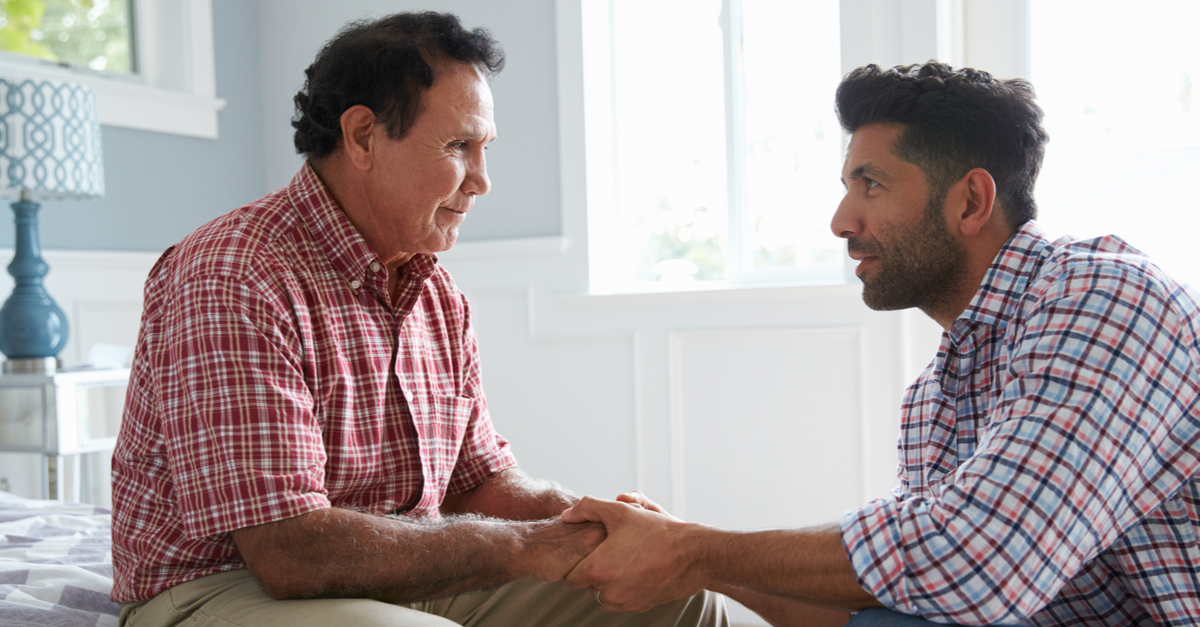 Your Guide to the 4 Most Common Types of Dementia

By Beth Baker for Next Avenue

More than 6 million Americans live with age-related dementia, a syndrome that affects memory, orientation, ability to plan and carry out ordinary tasks, balance and many other cognitive abilities. That number is expected to grow dramatically as the population ages. Cures remain elusive, but researchers say considerable progress is being made toward effective treatments.

There are many types of dementia, which in earlier times were inaccurately referred to as "senility." Yet each of these types has different causes and may damage different parts of the brain. All are considered incurable and fatal diseases, although they may last for many years and not be the immediate cause of a person's death.

Alzheimer's disease is the most common form, affecting roughly three-quarters of those with dementia. Other common types include vascular dementia, Lewy body dementia and Frontotemporal dementia.

Determining which type of dementia someone has can be challenging, since many of the signs are similar. As the World Health Organization noted in a 2017 global action plan on dementia, "The boundaries between different forms of dementia are indistinct and mixed forms often coexist."

A patient with Alzheimer's, for example, may also have vascular dementia. Diagnosing the cause of dementia is important, say experts, especially as new medications are approved that target specific parts of the brain.

Doctors also want to rule out any reversible conditions, such as a vitamin B deficiency, thyroid problems or medication reactions.

Here is a guide to the four most common types of dementia:

Alzheimer's disease damages the parts of the brain called the hippocampus and the entorhinal cortex, the areas where memories are formed.

Two key features of Alzheimer's, known as biomarkers of the disease, are beta-amyloid plaques that clog brain cells and tangles of protein called tau that disrupt the neurons that allow our brains to function.

After age 65, the risk of getting Alzheimer's doubles every five years, according to the Alzheimer's Association. Nevertheless, Alzheimer's is not a normal part of aging.  By age 85, the risk rises to one-third. Women, African Americans and Latinos have higher rates of the disease.

Less than 10% of Alzheimer's patients have early onset of the disease, before their mid-60s. In many cases, early-onset progresses more rapidly and may be inherited.

Heredity plays a role in Alzheimer's, but it is not determinant, except in a very rare form of the disease.  At least 50 or 60 gene variants have been identified in Alzheimer's patients, making some people more at risk than others. If a close relative, such as a parent or sibling, has Alzheimer's, your risk rises by 30%.

But according to a 2019 Harvard Health newsletter, "This is a relative risk increase, meaning a 30% hike in your existing risk. If you are age 65, the risk of being diagnosed with Alzheimer's is 2% per year, although this also means a 98% chance per year of not developing Alzheimer's."

Patients with Alzheimer's go through stages of the disease, beginning with mild forgetfulness, trouble completing familiar tasks at work, misplacing objects and inability to plan or organize. The middle stage may include personality changes, repetitive behavior, having trouble using the bathroom or getting dressed and increased forgetfulness of family names and personal history.

In the final stage, the patient needs help with all their physical needs. They are seemingly unaware of their surroundings and unable to communicate. The period of time from diagnosis until death varies considerably, with an average span of four to eight years, but in some cases as long as 20.

In June 2021, the U.S. Food and Drug Administration fast-tracked an expensive and controversial new Alzheimer's medication, aducanumab (marketed as Aduhelm). The drug reduces beta-amyloid plaques, but it remains unclear if this will slow patients' cognitive decline and there may be significant side effects.

Vascular problems cause 5% to 20% of dementia cases and are triggered by inadequate blood flow to the brain. When oxygen and nutrients cannot reach the brain, due to stroke or other blockage of blood vessels, damage can occur.

Patients who have ministrokes for many years may experience cognitive decline. They may show some of the same signs as Alzheimer's patients, with short-term memory lapses, getting lost in familiar places and difficulty carrying out ordinary tasks.

When a major stroke occurs, this type of dementia may happen abruptly.

Unlike other causes of dementia, vascular dementia is more preventable by controlling underlying disease, such as high blood pressure and diabetes. Even when vascular dementia has been diagnosed, maintaining heart health may protect the brain from further damage.

An encouraging trend identified in the Framingham Heart Study, which has tracked three generations of patients over 70 years, found rates of dementia dropping and the age of diagnosis rising from 80 to 85. This corresponds with improvements in heart health.

As many as 1 million people have Lewy body dementia, caused by clumps of a protein called alpha-synuclein. Normally, this protein plays a helpful role in the brain's neurons. But when clumped together, these proteins can harm many parts of the brain.

Lewy body dementia is closely related to the type of dementia that develops in many people with Parkinson's disease.

The onset is different, however, with Lewy body beginning with cognitive problems, which may at first be similar to Alzheimer's.

In later stages, individuals develop gait and movement challenges. In Parkinson's, movement problems develop first. Getting the proper diagnosis is important, as treatments for symptoms may differ.

People over 50 have a growing risk of Lewy body dementia, and men are more affected than women. The cause is unknown, and it is not considered a genetically inherited disease. It can be diagnosed through a brain scan and a REM sleep study.

Lewy body patients often have strange and vivid visual hallucinations early in their disease. They frequently develop REM sleep behavior disorder that can cause them to physically react while dreaming by yelling or striking out. They also may have intense mood changes, ranging from depression and apathy to extreme anxiety and paranoia. Their cognitive problems may fluctuate, rather than steadily decline.

Although there is no cure, some of the symptoms can be treated. The National Institute on Aging recommends a care team made up of physical, speech and occupational therapists; music or other arts therapies and mental health counseling. Palliative care experts may also find ways to alleviate the symptoms.

Similar to Alzheimer's, Lewy body typically progresses over five to eight years but can last much longer.

Frontotemporal dementia encompasses a variety of disorders that affect the frontal and temporal lobes of the brain, causing nerve cells to die. The cause is unknown, although frontotemporal dementia appears to have a stronger genetic component than other types of dementia. Nearly half of patients have a close family member with the disease.

There are two main types of frontotemporal dementia:

For some patients, the aphasia undermines their ability to speak, while in others it affects their ability to understand speech. The damage to the brain is similar to that found in people with Lou Gehrig's disease (amyotrophic lateral sclerosis).

Unlike other types of dementia, frontotemporal typically starts between ages 40 and 65. The estimated number of patients ranges from tens of thousands to a few hundred thousand. The disease affects men and women in equal numbers.

Patients develop unusual behavioral changes, sometimes embarrassing to loved ones, such as swearing, being overly sexualized, not attending to personal hygiene and losing empathy and inhibition. Such changes are often the first sign of this type of dementia.

Frontotemporal dementia differs from Lewy body in that the patient may seem unbothered by what's going on.

"A person with Lewy body typically has notable awareness of their cognitive problems, often is bothered by them and experiences visual hallucinations that they probably are aware are not real," says professor Jason Karlawish, co-director of the Penn Memory Center and author of "The Problem of Alzheimer's."

He notes, "They have a subjective experience of feeling different and ill." In contrast, those with frontotemporal dementia "are quite content to make bad decisions and having notable changes in comportment," says Karlawish.

Over the last five years, funding for dementia research rose from $500 million annually to $3.1 billion. Nearly 300 clinical trials are underway, toward a goal of finding effective treatments for dementia by 2025.

"There is quite a bit of evidence for hope," says Eliezer Masliah, director of neuroscience at the National Institute on Aging.

The clinical trials include not only drug therapies but also diet, exercise and novel treatments such as neurostimulation with sound or light that might alleviate symptoms.

Regardless of the type of dementia, heart-healthy eating (such as the Mediterranean diet), exercising regularly and staying socially engaged may be helpful. According to Masliah, research suggests that these healthy practices, combined with anti-hypertensive drugs, may delay the onset of dementia for many.

There is also growing interest in ways to improve quality of life for those living with dementia and their families.

"There is good data on interventions that minimize the burdens on caregivers and maximize the well-being of persons living with dementia," says Karlawish.  "It needs a complete approach. It won't be taken care of by drugs. These are complicated diseases, and all of our success won't come from 'cures.'"

Beth Baker is a longtime journalist whose articles have appeared in the Washington Post, AARP Bulletin, and Ms. Magazine. She is the author of With a Little Help from Our Friends — Creating Community as We Grow Older and of Old Age in a New Age — The Promise of Transformative Nursing Homes.