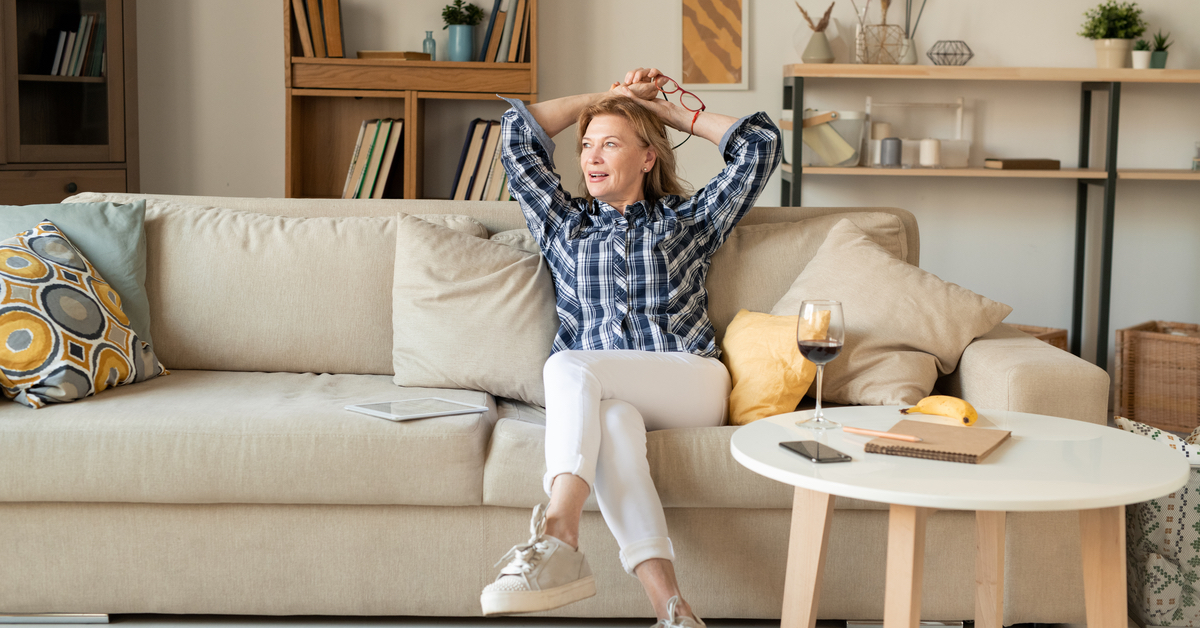 Will Downsizing Be the Downfall of Your Relationship?

By Sue Sutherland-Wood for Next Avenue

The plaintive bleats of a truck backing into the driveway heralded the arrival of a large metal dumpster, clanking loudly as it slid into place. My partner, Doug, scoffed, "We'll never fill that!"

But gentle reader – we would fill three more.

The need to downsize presents itself in many ways: deciding to move to a smaller space; the beginning or end of a relationship; tackling a parent's estate, or just deciding to finally take charge of your junk so that someone else won't have to.

Doug and I had been together two years when he decided to put his house up for sale since it was too expensive to maintain on his own. Between us, we had nearly sixty years of married life under our belts, but the joint trauma of "gray divorce" had left us both still feeling skittish about living together so he decided to opt for an apartment.

But as chance would have it, his house sold immediately and suddenly there was a firm moving date.

Many things in life make me anxious, but decluttering is not one of them. I've made four transatlantic moves and learned to purge as I go, so the process seems intuitive. I do understand, though, that many people really struggle with this and particularly when nostalgia is involved.

Decluttering can be overwhelming

I already knew that Doug was sentimental, and this is one of the things that had made me fall in love with him. And, I had seen his basement which was packed floor to ceiling with … stuff. Not everything was his, since the house had been the family home for many years. But there was also, incredibly, a costly storage unit. And although Doug's superpower is compartmentalizing (ironically!) he became overwhelmed and unsure how to begin.

Watching someone struggle with this slow process is excruciating. There were boxes of childhood drawings to sort through – both his own and those of his children. While I delighted to see his first Crayola cowboys riding across the page, it was clear only part of the posse could join him on his move.

We then uncovered a 1963 Plymouth Fury car model (partially completed, of course); two kettles, neither of which worked; multiple incarnations of Trivial Pursuit games; VHS tapes of "important" baseball games; curled scrolls from fortune cookies ("We had the Moo Shui pork that night!"); ancient keyboards stacked like pizza boxes; User Guidelines for appliances long since departed; carafes that will never fit beneath another coffee maker; tangles of evil smelling Christmas tinsel and yellowing magazines hailing a new product called Brylcreem.

And that was just the first shelf.

Doug also had a distorted sense of "treasure." He was keen to show me a portable "fat-back" TV that still worked and certainly, when plugged in, the power sizzled on. However, I couldn't help but notice that NBC news anchor Lester Holt's handsome face was being obscured by a giant number 8 – in red.

"You don't even notice that after a while," he shrugged happily, noting my frozen expression. "The kids will love this, right?"

I immediately recalled that "help me" look in their eyes when he'd tried to send them home with some especially hideous lamps, better suited to a 1950s funeral home. This is not how you encourage your kids to visit more often.

Designate piles, use a timer and other ideas

Like many women, I sought counsel at my place of work and received some wildly varying advice. One woman, frustrated with her husband's increasing collection of rags, decided to secretly discard a few herself each week. But one day he came up from the basement and asked in a panicked voice: "Where are my rags?" This story did not end well.

Another situation involved a husband who insisted on devoting an entire cupboard in the garage to what appeared to be a gleaming wall of silver. Closer examination revealed towers of flattened toothpaste tubes, reserved for some unknown future need. (And when was the last time anyone saw a metal toothpaste tube?)

More than a few chums thought I was being "too soft."

"I'd have that stuff on the curb so fast," one friend commented over wine. "Do it as he sleeps!"

This did not strike me as the ideal tone for a trusting relationship and I also had no interest in assuming responsibility for items that weren't even mine.

In the end, I chose the middle road. I would be fine with whatever he wanted to keep (and in fact, had already cleared space in my own basement for extra storage) but something – a lot of something – was going to have to go.

The closing deadline was certainly key and within days, Doug was sorting through clutter like a blackjack dealer in Vegas.

Here are a few tips that worked:

A few years later, Doug moved into my house. While the basement here is not pristine, it's no longer the great unknown. Many times, we've laughingly recalled those "Dumpster Days" and each time Doug shakes his head in disbelief: "I still couldn't tell you what I had."