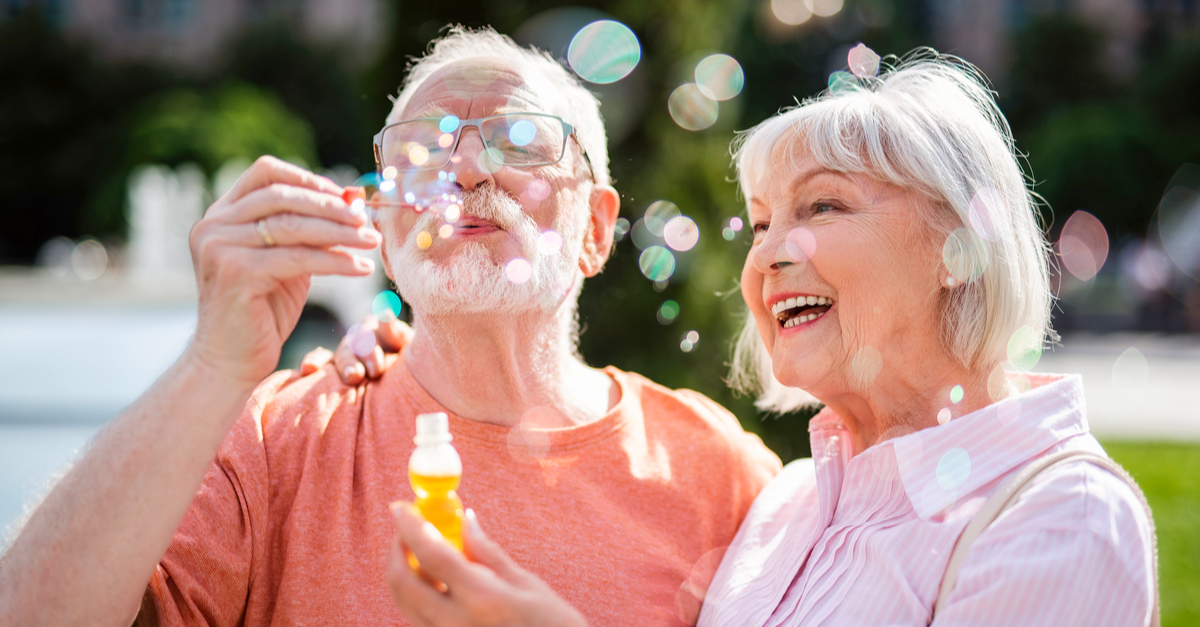 Why Fun Is Key to Happiness As We Age

By Travis Tae Oh for Next Avenue

One of the most intriguing questions in life is to ask ourselves what makes us happy. Sure, it's a millennia-old question, but it keeps popping up, generation after generation, with many scholars and philosophers spending their lifetime studying it.

In contrast, very few people have seriously inquired (or researched) about what it means to have fun and why fun is important to our well-being, even during adulthood and in the second half of life.

To better understand fun and explore its implications, I have devoted the last five years to interviewing dozens of individuals from all walks of life, collecting over a thousand written narratives, amassing hundreds of images for what's known as photo ethnography and conducting multiple experiments and analyses to build a theory of fun.

What My Research on Fun Reveals

My ongoing work has revealed that the underlying psychology of fun is an experience of liberating engagement — a temporary release from internalized restrictions, such as social obligations or self-imposed disciplines, by actively engaging in an activity for pure enjoyment. Although individuals may vary in the types of activities that they consider fun, the experience of fun is generally characterized by a sense of liberation and hedonic engagement.

Let me illustrate this concept through a particularly memorable interview I had with Greg (not his real name, for privacy reasons), a retired teacher in his early 70s.

Greg emigrated from Greece to the U.S. via a transatlantic cruise ship when he was seven and has lived in New York City since then. He worked as a language teacher for 35 years before retiring. His eyes beaming with pride as he explains his teaching experiences, there's no doubt that his career accomplishments brought him meaning and happiness in life.

Yet, as we start talking about his fun experiences, Greg's tone changes into one of youthful exuberance. I can feel a sense of pure joy and happiness as he puts down his classic black beret and steps toward the center of the room, telling me that he will show me the spirit of "Zorba the Greek."

Completely spontaneous, Greg starts singing a Greek folksong, in a conversational, medium-pitched vibrato. He takes diamond steps at each beat and jumps up in sort of a scissors kick and claps his hands in between his kicks.

It's a brief moment, but magical.

For This Retiree, Dancing Is the Epitome of Fun

Returning to his seat, Greg recounts his dancing adventures decades ago when he would go to clubs in Manhattan (most of which are now closed). For Greg, dancing is the epitome of fun.

"What makes it fun? Well, it's a total abandon," he says. "You get inspired by the music and jump up and down. Like, you let go. Your worries, you let go of everything. You get up there and dance."

While dancing might not be fun for all of us, Greg makes a vital point about the nature of fun. That is, the essence of fun is an experience of liberation. Of letting go and being carefree.

Whether you're dancing on the disco floor, trekking on a nature trail or playing a round of golf, fun arises from a temporary release from various obligations and psychological restrictions. It's not the type of activity that matters, but whether that experience engages you with a sense of liberation.

Why is this characteristic of fun important to happiness, especially in adulthood and later in life? Well, I see having fun as a quintessential counterweight to the burdens of life, keeping us balanced and mentally healthy to lead happier, fuller lives.

Life's drudgeries can, at times, overwhelm the best of us — and that seems to happen more frequently in midlife. According to the Centers for Disease Control and Prevention, suicidal rates peak around the age of 50 in the U.S. and are significantly higher between ages 40 and 60 than any other age group.

Fun: The Antidote to Midlife Malaise

I see fun as one strong antidote to this midlife malaise.

Unfortunately, as ironic as it may sound, most of us don't take having fun as "seriously" as we should, even though, as my research suggests, fun is a major contributor to overall happiness.

A statistical analysis of my study on 200 U.S. adults showed that the positive effect of fun on happiness was unaffected by age — that is, whether you're 20 or 60, the experience of fun will equally contribute to happiness.

Further analysis confirmed that fun is an independent driver of happiness, even after controlling for other known contributors such as meaningfulness or sensory pleasure.

Perhaps influenced by demands of modern society, I believe we are placing too much emphasis on finding meaning and fulfillment in life (via career accomplishments or social relationships) as the holy grail of happiness, with little regard for fun.

For those of us who have been so laser-focused on our careers, parenting or other pursuits, spending significant money and time to really have fun may seem like a distant activity (when was the last time you did that?) or may incite feelings of guilt.

My Advice to You: Have Fun!

But the art of having fun comes from the realization that fun is a temporary release from internalized restrictions while engaged in a pleasurable activity. This sense of feeling free and liberated, even if transient, can greatly add to your happiness and compensate for the challenges that may lie ahead as you return to your meaningful pursuits in life.

According to my research, the best way to achieve this is to set aside a specific time and location to give yourself permission to let loose and engage yourself in something novel and spontaneous with others who also want to join in on your fun experience.

I hope you will. Have fun!