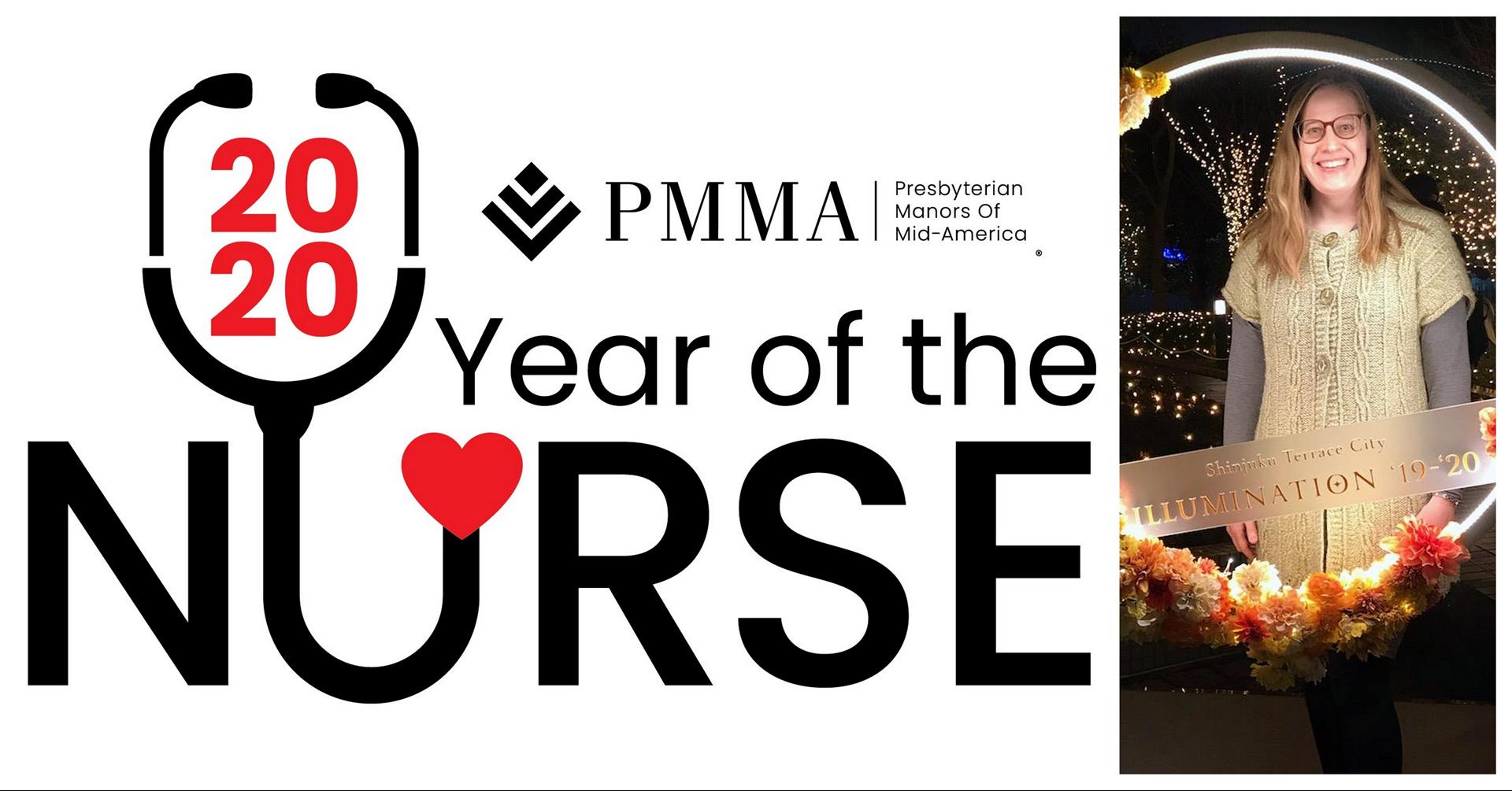 The Kansas Wesleyan University graduate has been a nurse since 1996, and she’s spent nearly her entire career at Presbyterian Manor. For 17 years, she has worked the overnight shift from 10 p.m. to 6:30 a.m. in the health care center.

“I felt led to nursing when I was in junior high,” Amy said. “I feel lucky that I just knew what I wanted to do.”

Amy initially planned to become a nurse anesthetist or work in psychiatric care. Though a long-term care setting was not her original plan, the field suits her.

“We get to do a little bit of everything,” Amy said. These tasks range from dietary education and medication management to serving as a friend and confidant to residents.

“You get to do the science part of nursing, but also the human part,” Amy said. “It’s amazing.”

She also appreciates the connections she has with her coworkers and the residents, as well as the atmosphere in the health care center.

“More than anything, this is the residents’ home,” she said. “We’re just making it as comfortable as possible.”

In her own home, Amy dotes on her two dogs: a cardigan Welsh corgi named Hiccup and Tonk, a husky/lab mix. She keeps busy with Bible study and book club. She earned her black belt in the Japanese martial art Aikido, which emphasizes defense and protecting attackers from injury.

“I try to be a well-rounded person,” Amy said.