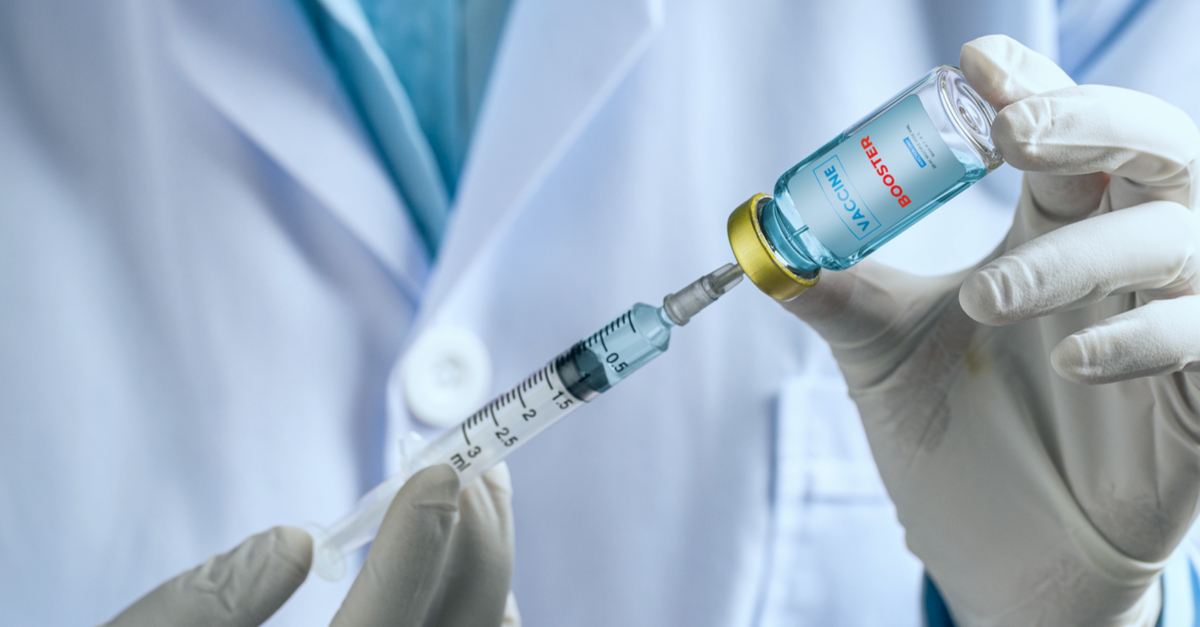 Unsure About the COVID-19 Booster? What Doctors Are Telling Their Patients

By Carina Storrs for Next Avenue

Chris Carlee, a 70-year-old retired nurse living in Clearwater, Fla., worked hard to get the COVID-19 vaccine back in March. She is not a morning person, but woke up hours earlier than usual for several days to join online appointment sites before finally snagging a spot to get the Pfizer vaccine.

But now Carlee says she is "on the fence" about whether to get a third COVID-19 shot and is waiting to talk with her doctor about the booster. Her main qualm is that she has not seen as much data about the safety and effectiveness of boosters as she did for the first two shots of the Pfizer and Moderna vaccines when the U.S. Food and Drug Administration (FDA) authorized them last December.

In general, doctors say that older people have been eager to get COVID-19 vaccinations, as well as boosters. Nearly 86% of Americans 65 and older are now fully vaccinated — meaning they have had two shots of Pfizer or Moderna or one shot of the Johnson & Johnson vaccine — compared with 70% of Americans 18 and older. And 32% of Americans 65 and older have received a booster in just the two months since the Centers for Disease Control and Prevention (CDC) recommended this age group get an additional dose six months after the initial immunization.

However, many older people may want to talk with their doctor, just as Carlee does, before getting a booster.

"I don't think it's vaccine hesitancy that is driving it, I think it is just confusion," says Dr. Preeti Malani, chief health officer and infectious disease physician at the University of Michigan. COVID-19 fatigue and concerns about feeling rundown after the booster may also play a part. To counter these barriers, doctors are trying to convey some key points about getting a booster.

Back to Square One Without the Booster

"The main message I am trying to communicate to older patients is that they are back to square one, and back to where they were before the vaccine," says Dr. Mark Supiano, professor and chief of geriatrics at the University of Utah. He explains that people 65 and older usually have lower antibody levels after the vaccination, and the levels drop faster.

Lower antibody levels may be part of the reason that older people are more likely to have serious COVID-19 breakthrough infections, ones that occur after being fully vaccinated. According to the CDC, nearly 17,000 fully vaccinated people were hospitalized because of COVID-19 as of early October and 67% of them were 65 and older. This age group also accounted for 86% of the approximately 6,600 deaths due to breakthrough infections.

"We know additional doses are safe," Malani says. "The drive to get vaccinated probably has more risk than the vaccine," she adds.

In studies of dozens of people 65 and older who got boosters of the Pfizer, Moderna and Johnson & Johnson vaccines, which the FDA reviewed to decide whether to authorize additional doses, side effects were similar to those seen after the first doses — mostly pain at the injection side, fatigue and headache.

As for the effectiveness of COVID-19 boosters, Supiano notes that we know enough to act now, even though "the evidence base is not as robust as it is for the primary vaccines."

Research in Israel, where boosters were approved in July for older adults, found lower rates of COVID-19 infection and serious illness among the many people 60 and older who received an additional dose compared with those who had not. "I suspect there will be more data coming out, but we can't take the risk of waiting [for it]," Supiano says.

5 Things to Know About the COVID-19 Booster

Here's what we do know about the COVID-19 booster:

Experts agree on boosters for older adults. Doctors have been critical of some of the CDC's booster guidance, particularly the recommendation that adults younger than 65 may get a booster if they have a greater risk of COVID-19 exposure through work. But for people 65 and older, there is generally strong agreement among doctors that they should get a booster, Malani says.

Mixing and matching vaccines is fine. "The main message is to get what you can get," Supiano says. If you got the Johnson & Johnson vaccine initially, doctors generally suggest getting a booster of the Pfizer or Moderna, he notes. (The CDC recommends people who got Johnson & Johnson's vaccine get boosters after only two months.) But if your first shots were with Pfizer or Moderna, it may not make a huge difference in terms of safety and effectiveness what you get for a booster. (Studies are ongoing now to address this question.)

It's the best way to have safe family gatherings. "This year, I'm really hopeful that my family can have a pretty normal holiday season," Malani says. Getting vaccinated is the best way to make gatherings safe — especially getting first doses to unvaccinated people. However, as Malani tells her patients who need some motivation to get boosters, you can only control what you do, not what your family does.

Even as younger kids get vaccinated, boosters are still important. Supiano worries that older adults may feel less urgency to get boosters since the FDA recently authorized the Pfizer vaccine for children 5 to 11. "It's not an either/or," he says. "You're still going to get exposed. If it is not from one of your own kids, it will be from walking in the grocery store or wherever you happen to be. There is still enough COVID-19 out there, unfortunately," Supiano says.

Find a good time, and don't delay. Malani sympathizes with concerns about feeling "crummy" after a booster. "But that is small compared with getting COVID-19," she says. She recommends that patients plan to take it easy for a couple days after their booster. And she advises not to put it off for too long, with the holidays around the corner.

It may seem harder to get boosters because there aren't all the mass vaccination sites that popped up to administer initial doses, Malani says. But you can find sites near you on Vaccines.gov. Large pharmacies, including CVS and Walgreens, as well as county health clinics, are offering appointments for boosters and also take walk-ins.

Carina Storrs is a freelance science and health journalist. She has written for CNN Health, Health Affairs, Medium, Nature News, Scientific American, New York Times and other publications. Carina has a master’s in journalism from the NYU Science, Health & Environmental Reporting Program and a PhD in microbiology from Columbia University. She lives in NYC with her husband, young daughter and two cats.