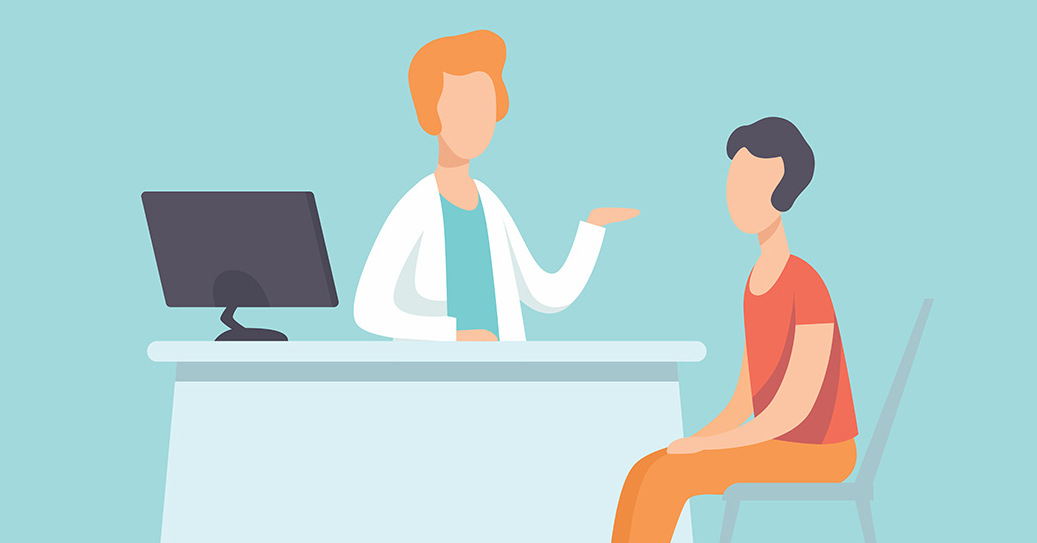 To Do: See the Doctor When You’re Healthy

By Tara Haelle for Next Avenue

No one wants to opt into extra time at the doctor. But staying up-to-date on recommended screenings and tests is shown to keep more people healthy and independent. And this kind of care (called preventive care) is covered by nearly all insurance plans, including Medicare and Medicaid.

Yet a majority of Americans over 50 are not up-to-date with preventive health recommendations.

Preventive health is about stopping conditions from developing in the first place or finding them early enough to treat before they become life-threatening.

According to the Centers for Disease Control, “low-income and ethnic and racial minorities, as well as people who live in rural or remote areas, are less likely to receive these services than the overall population.”

Uncertainty over what insurance will cover is among the top reasons people haven’t received vaccines or health screenings — along with a lack of understanding of which services are recommended for one’s age group and physicians failing to recommend them, according to AARP.

Given all this, coordination and education around preventive health was identified in a 2018 report prepared by the Trust for America’s Health as one of the primary ways public health in the U.S. can better serve its older population and become “age friendly.”

Where to Start for Preventive Care

With more than 100 medical organizations issuing their own recommendations — potentially with their own conflicts of interest — preventive care can appear burdensome and confusing. That’s where the U.S. Preventive Services Task Force (USPSTF) comes in.

The Task Force, funded by the U.S. Department of Health and Human Services, is a group of volunteer primary care physicians who have undergone a rigorous ethical review for conflicts of interest and who review the evidence to make preventive care recommendations.

The Task Force posts all its recommendations on its website for all ages, but below are the ones older adults need to know about. Some recommendations are only for people in the general population with certain risk factors or conditions; others apply to everyone in a certain age group.

“Almost every organization would say the test you should get is the test that’s right for you,” says Dr. Otis Brawley, professor at John Hopkins Bloomberg School of Public Health and former medical director of the American Cancer Society.

The evidence is solid that annual stool blood testing saves lives, he says, but some people aren’t comfortable handling stools. Meanwhile, others may want to avoid a colonoscopy unless it’s recommended after another test, or they might want to opt for a virtual colonoscopy.

The Task Force also recommends annual screening for high blood pressure in all adults and high-cholesterol screening in everyone aged 40 to 75. People with at least one cardiovascular risk factor and an increased risk for heart disease should consider medications known as statins, the Task Force says.

The Task Force recommends screening for hepatitis C one time for anyone born between 1945 and 1965; people with additional risk factors may need hepatitis C screening more often.

Similarly, the Task Force recommends screening for HIV in everyone age 15 to 65, but doesn’t specify frequency, leaving it to primary care doctors to determine what people need.

The Task Force says all adults should be screened for depression.

Recommendations specifically for women include screenings for cervical cancer, breast cancer and osteoporosis, which Next Avenue details in a separate story. In short, women should have cervical cancer screenings every three to five years, depending on the screening, through age 65.

“It doesn’t look like there’s much difference in outcomes, but there may be differences in how you perceive them or how you’d like to get your results,” Caughey says.

The Task Force recommends osteoporosis screening in women over 65 and all postmenopausal women. But women can also reduce their osteoporosis risk with adequate calcium intake and regular weight-bearing exercise, Caughey says.

The breast cancer screening recommendation is mammography every two years between ages 50 and 74; women at high risk will want to read thesetwo recommendations. Some women may wish to begin mammography as early as 40, but the Task Force stopped short of recommending it because the size of the benefit isn’t clear. Further, false positives can lead to anxiety and unnecessary procedures that carry their own risks.

“Literally every screening test has a risk and benefit, and you have to look at the risk-benefit ratio,” Brawley says. “Nobody ever talks about the complications of screening,” particularly when the follow-up tests for false positives or the treatment for a slow-growing cancer can hurt your quality of life.

Such is the case with prostate screening, which the Task Force recommends be a personal decision for men.

“Different people are going to make different choices on that.”

Lung cancer screening, like prostate and breast cancer screening, requires considering risks and benefits, but it’s only recommended one time for people aged 55 to 80 with a history of smoking who haven’t quit more than 15 years ago. Men who have ever smoked should get an ultrasound one time between ages 65 and 75 to look for abdominal aortic aneurysm, which can cause life-threatening bleeding if not detected. The Task Force doesn’t have enough evidence about the risks and benefits of screening in women to make a recommendation.

Finally, every older adult should know their risk for heart disease, which they can find out with this online calculator. If you’re 50 to 59 and have at least a 10% increased risk of heart disease, you should consider taking a daily low-dose aspirin. According to Landefeld, the vast majority of men over 65 and women over 70 will have an increased risk for heart diease even if they don’t smoke and have normal blood pressure and cholesterol.

The Task Force recommends screening only when there’s evidence it saves lives.

When the Task Force takes on an issue, its job is to come to some sort of verdict based on the evidence. Sometimes that decision is recommending against screening, either because it will cause more harm than good or because it offers no benefit. The Task Force advises against screening for ovarian, pancreatic and testicular cancer, for example, because identifying cases does not improve survival. False positives can also occur, where it looks like someone has cancer but they don’t.

The Task Force also does not usually make recommendations for immunizations — with a few exceptions — because the Advisory Committee on Immunization Policy at the Centers for Disease Control already makes vaccine recommendations. Currently, the CDC recommends older adults get a flu shot every year, ideally the high-dose flu shot for those over 65. Adults are recommended to get a shingles vaccine after age 50 or 60, depending on the vaccine, and adults over 65 are recommended to get the pneumococcal vaccine to prevent pneumonia.

Vaccines are heavily tested before approval and very safe, but nothing is risk-free. The CDC site has information on vaccine side effects.

Often, the Task Force findings point to areas where more evidence is needed. The current statements on screening for elder abuse, suicide risk and cognitive impairment, for example, are “I,” for insufficient evidence to make any recommendation.

The Task Force revisits issues every four to five years and updates statements when new evidence is available.

(Editor’s note: This story is part of a series forThe John A. Hartford Foundation.)

Tara Haelle is a freelance science and health journalist whose work appears in the New York Times, NPR, Scientific American, Forbes, Politico, Medscape and elsewhere. She is medical studies topic leader for the Association of Health Care Journalists and author of Vaccination Investigation, The Informed Parent and various children’s science books.