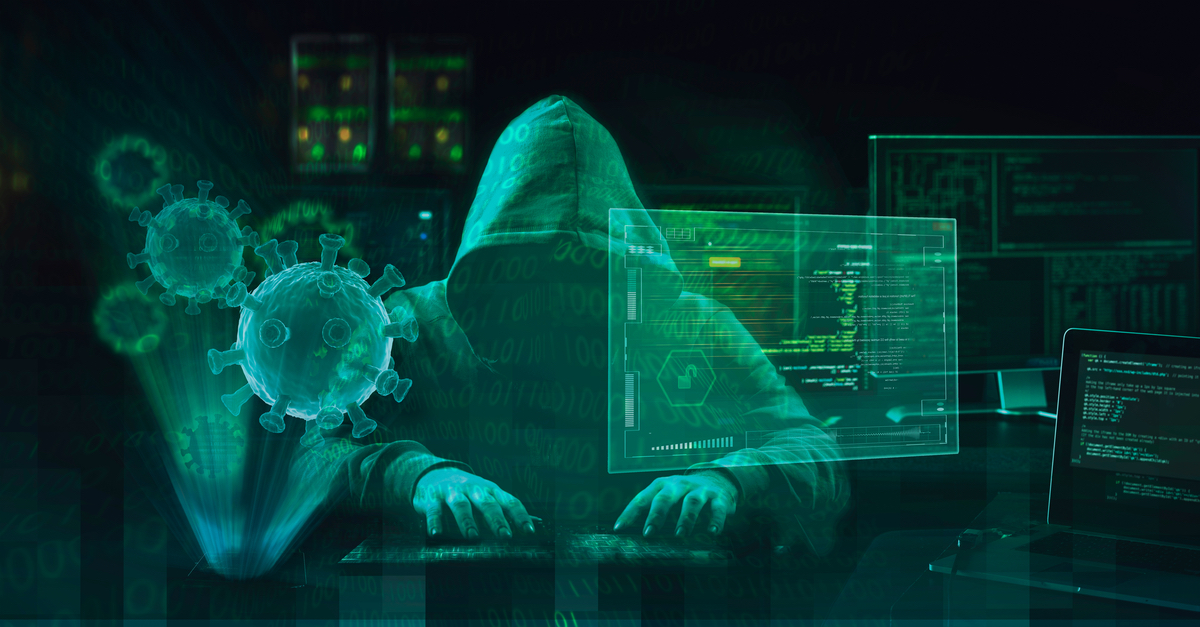 The 'Scamdemic' is Another Consequence of COVID

It might come as an email, disguised as a message from a friend who needs help buying a gift card.

It might be a phone call, threatening jail time if you don't immediately pay a fine for missing jury duty.

Or it might be a budding online relationship with someone who promises to be the love of your life.

These schemes, and a multitude of others like them, are completely bogus, but they pose a very real threat to those who receive them. And while such scams and fraud are ubiquitous to everyone, they pose specific threats to those who are older.

Last year, more than 92,000 victims over the age of 60 reported losses of $1.7 billion to the FBI's Internet Crime Complaint Center. That was a 74% increase in losses over the year before.

"The number of elderly victims has risen at an alarming rate, while the loss amounts are even more staggering," according to the center's 2021 Elder Fraud Report.

Older people are often targets because they tend to have saved money over a lifetime with healthy nest eggs at their disposal, says Eva Velasquez, president and CEO of the non-profit Identity Theft Resource Center.

"A lot of retirees have spent their whole lives saving, and the scammers know that," she says.

The Arrival of the 'Scamdemic'

The COVID pandemic brought a rise in scams for everyone — Velasquez calls it a "scamdemic" — but for older adults it emphasized another reason why they are vulnerable to fraud: social isolation and loneliness.

"A lot of retirees have spent their whole lives saving, and the scammers know that."

"Social isolation and feelings of lacking companionship or feeling left out have been noted factors that may increase vulnerability to scams and fraud," according to an AARP survey last year of adults 45 and older. "Either a scammer seeks out someone who seems alone or lonely, or people who feel alone or lonely unknowingly give a scammer their time and ultimately personal information or money."

Velasquez adds that the consequences of fraud and identity theft include not only devastating financial loss but also trauma and depression.

"When we survey all the identity theft crime victims we helped in the past year, victims report … feeling violated, feeling they have lost their ability to trust," she says. "That's trauma."

The best way to avoid becoming the next victim is prevention. Here are a few of the top scams hitting older adults and ways to avoid falling for them:

The imposters behind these love cons are "masters of disguise," according to the Federal Trade Commission (FTC).

"They create fake online profiles with attractive photos swiped from the web," the agency says. "Sometimes they even assume the identities of real people."

If someone you have just met on a dating site or on social media professes undying love within a matter of weeks or even days, that's a big red flag, according to Velasquez.

With so much information available online, it's not that hard for a fake Romeo to assume the profile of a real person, complete with photos.

And often that will be someone in the military because of the appeal factor: "... We love our soldiers," Velasquez says. "And they're fit, they're attractive."

But just when the supposed suitor has drawn you in, some sort of emergency will inevitably arise. The person might need money for an unexpected surgery or be desperate to visit you, but needs some cash to make the trip. Sometimes, the pitch involves a lucrative deal you really should invest in.

Whatever the story, the point is to play on emotions and steal money or identity. And often, it works. In 2021, the 70 and older age group reported the highest individual median losses at $9,000, compared to $750 for the 18 to 29 age group, according to the FTC.

• Research your suitor’s profile using online searches to see if the name or details have been used elsewhere. You can also do an image search on the person’s photo.

• Beware if the individual seems too perfect or quickly asks you to leave a dating service or social media site to talk directly.

• “If you’ve never met this person in the real world, don’t give them any money. You feel like you’re helping someone, but there are bridge loans and other tools for these things. They don’t need you,” Velasquez says.

• Beware of efforts to isolate you from friends and family and of requests for inappropriate photos or financial information that could be used later for extortion.

• It’s a bad sign if the individual promises to meet in person but then always comes up with an excuse.

Increasingly, this type of fraud is linked to romance scams, with the bogus boyfriend defrauding victims through dating sites, according to an FBI alert issued in September, 2021.

"The scammer gains the confidence and trust of the victim — through establishing an online relationship — and then claims to have knowledge of a cryptocurrency investment or trading opportunities that will result in substantial profits," the alert says.

The scheme usually involves directing the victim to a fraudulent website or to an application for an investment opportunity. Once an initial amount has been invested and the person sees an alleged profit, the scammer will let the victim withdraw a small amount of money, "further gaining the victim's trust," the FBI says.

"You feel like you're helping someone, but there are bridge loans and other tools for these things. They don't need you."

Next come instructions for the victim to invest a larger amount of money, with fast action required before the opportunity is lost. That's so the victim has no time to do any research or to check with friends or family.

Then the catch: When the victim tries to withdraw money, the scammer will provide an array of excuses as to why that can't happen. Sometimes, the person will have to pay additional taxes or fees, or more money is needed to reach a minimum account balance.

"Victims are not able to withdraw any money, and the scammers most often stop communicating with the victim after they cease to send additional funds," the FBI says.

• Never send money, trade, or invest on advice from someone you know only online.

• Don’t provide banking information, Social Security number, copies of your identification or any other sensitive information to anyone online or to a site that you aren’t sure is legitimate.

• Be cautious of individuals who claim to have exclusive investment opportunities and urge you to act fast.

The bottom line on this one is that someone pretends to be someone else — from a bank employee to a retailer to a government representative.

A particularly insidious version is someone pretending to be a friend or family member who contacts you through social media, asking for money or personal information so they can secretly access your accounts.

"It's coming at everyone full force," Velasquez says of imposter scams. "We are really cautioning people, especially seniors, that social media takeover is something they need to be aware of … because they are more at risk of believing who they are talking to is actually that person."

• If you get a request for money or something else that makes you suspicious, contact the person directly and through a means other than the way they contacted you. “If you didn’t initiate the contact, you don’t have to take it at face value,” Velasquez says. “Go to the source.”

• Don’t give sensitive information such as credit card details or your Social Security number over the phone, unless you’re sure whom you’re dealing with.

• Don’t rely on caller ID. Imposters can use spoofing tools to make it look like they are calling from a legitimate government or business number.

How to Find Help

If you've been the victim of a scam, these organizations can offer assistance and resources.

Identity Theft Resource Center has extensive online resources about fraud and scams. It also has a free help line: 888-400-5530.

AARP Fraud Watch Network has tips and news about current scams. Its free hotline is 877-908-3360, and it also offers online support sessions for emotional help.

The Federal Trade Commission tracks scams and operates a help center to report incidents. It also offers tips on prevention and help if you have been scammed.

Ellen Marks has been a journalist for more than three decades, including stints in Boise, Idaho, Seattle and Albuquerque, New Mexico. She retired from the Albuquerque Journal three years ago, but continues to do regular assignments for the newspaper.

Posted on
May 23, 2022
by
filled under
COVID-19
Technology
« Back to Blog
Find your senior living community today:
View All Communities
Request Information
Copyright ©current year | PMMA - Presbyterian Manors of Mid-America®