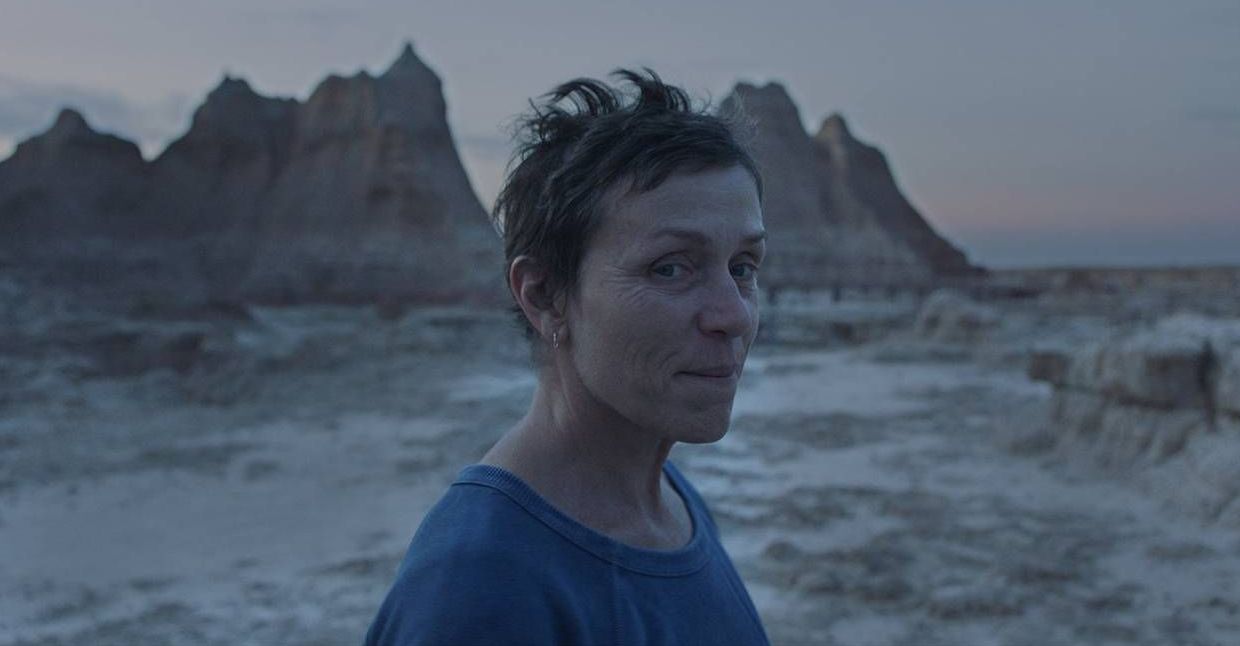 The Reality of Nomadland Life in America

By Lisa Iannucci for Next Avenue

For four decades, Jean Hardwick had a good, stable career, health and life insurance and a Sarasota, Fla. home she owned and loved. Then in 2015, catastrophe struck. After a near-fatal reaction to a prescription medication, Hardwick, now 60, found herself undergoing heart surgery, suffering from seizures and facing more than $500,000 in medical bills.

"There is government assistance, but it's loaded with Catch-22s," Hardwick said. "They say, 'We can't help you because you own a home, so call us back when the property is not in your name anymore.' Applying for disability takes around two years. In the meantime, you sell your furniture and clothes to make ends meet."

While Hardwick was finally on the road to recovery, she lost her home. After her disability payments began coming through, she decided to make a change and begin living a nomadic life, driving from temp job and location to another.

"In December 2019, I lucked into an older campervan [a van equipped as a traveling home] and sold or gave away everything," she explained.

Hardwick's not despondent about her new life. She says she sees it more like "processing, figuring out how to move forward, trying to find silver linings."

Who's Living in Nomadland in America

Hardwick is just one of many Americans over 60 who — when faced with mounting debt and exorbitant housing prices — have decided to pack it all in. Into their van or small RV that is, working odd jobs on the road and living in "Nomadland," which is the name of new, acclaimed film starring the award-winning actress Frances McDormand debuting on Hulu and in theaters on February 19.

"Nomadland" is a fictional story based on the real-life people featured in journalist Jessica Bruder's bestselling book of the same name. (Next Avenue's Richard Eisenberg wrote about the book in his 2017 article, "The Rough Lives of Older Americans in 'Nomadland.'")

The Golden Globes-nominated film follows a middle-aged woman named Fern (played by McDormand) who, like Hardwick, faces extreme financial challenges. Fern is a rural widow who loses her job at the U.S. Gypsum factory in Empire, Nev., and chooses to live in her van, working short-term jobs as an Amazon warehouse seasonal worker and at an RV park as a camp host.

"Nomadland," written and directed by Chinese filmmaker Chloé Zhao (the first woman to receive the Palm Springs International Film Festival's Director of the Year Award), features real nomads Linda May "Swankie" and Bob Wells, creator of the popular CheapRVLiving YouTube channel. All are over 60.

Twenty years ago, Wells — a former grocery store worker — was also forced into van life, following a divorce that left him with little money to pay rent and other expenses. "I drove past a business with a big, green box van for sale and thought, 'I could live in that and then I wouldn't have to pay rent and I could keep my own money,'" said Wells.

At first, Wells said, he felt like a failure and that van life was a blow to his self-esteem. But, he noted, things changed when he changed his thinking.

"I just acted like I was going camping," Wells said. "I adapted, and it started to feel very comfortable. Plus, I was saving a thousand dollars a month from not paying rent."

"Our society and our values are all oriented towards things and money and power and prestige," he said. "When you live in a van, you don't have any of that. But I also had more time to spend with my family and I had peace of mind."

In "Nomadland," which was filmed at actual camps set up by true nomads, Fern faces her own van life stigma. A former neighbor approaches her and says she heard that Fern was homeless. "I'm not homeless, I'm houseless," Fern retorts.

Wells believes that the country's current economic struggles will force more boomers to join him on the road.

"Particularly women in their sixties and seventies who were told to stay home and raise the kids and they'd be fine. Then the husband died or they divorced and the wife's Social Security isn't enough money to pay her rent," he says.

To research her "Nomadland" book, Bruder spent an eye-opening three years learning about this subset of RV and van travelers who are work campers.

"It was a whole world I didn't know anything about," she says. Bruder launched her reporting by emailing someone at an RV park who introduced her to others who lived and worked on the road. That's where she met Linda May, who's featured in the film.

"I also learned about one gentleman who had been a VP of research and development for McDonald's global, who lost everything in the [2008] crash and other people who had low- or minimum-wage jobs for most of their lives and found themselves living on the road," she recalls.

Bruder, like Wells, fears that the pandemic-driven economy will drive more Americans into a nomadic life.

"Now you have this huge wave of unemployment and people who are not going to be able to pay the rent," she says. "The scale of the situation is just unprecedented."

Although the film brings to light difficult financial struggles of older nomads in the U.S., Zhao presents Fern's struggles in both a delicate and strong way.

In an interview at the Toronto International Film Festival, Zhao said she wanted Fern "to be a guide to be able to bring us into this vast, really rich world of nomadic living. What I've learned is that you have to anchor the audience in one person's intimate experience, so they can feel comfortable to be able to experience everything else and without getting lost. So that's always the plan from the beginning to find that balance."

McDormand's portrayal of Fern has earned her a bushel of awards and nominations, including a Golden Globes and a Screen Actors Guild nomination for Female Actor in a Leading Role.

"Fern had a very prescribed set of rules living in an empire and once she hits the road, the possibilities become open and her sense of self sufficiency is tested," McDormand said at the Toronto International Film Festival. "I think that we really were hoping that the audience would not worry for her, but only be excited by the possibilities of her seeing what was going to come around the next corner."

Describing Fern's journey, McDormand also said: "I personally think she was always a true nomad deep inside and then when she finally left, it took her a bit time to figure out who she really is. And I do think hopefully, when you watch the movie at the end, you go, 'Oh, she belongs to the road. It's not gonna be easy. But that's where she finds herself. She seems at home there.'"

Lisa Iannucci is the founder of The Virgin Traveler, a travel blog for those who are finally getting a chance to travel later in life. She is the host of the Reel Travels podcast and The Write Start podcast. She is the author of "The Film/TV Lover’s Travel Guide" and "Road Trip: A Sports Lover's Travel Guide."