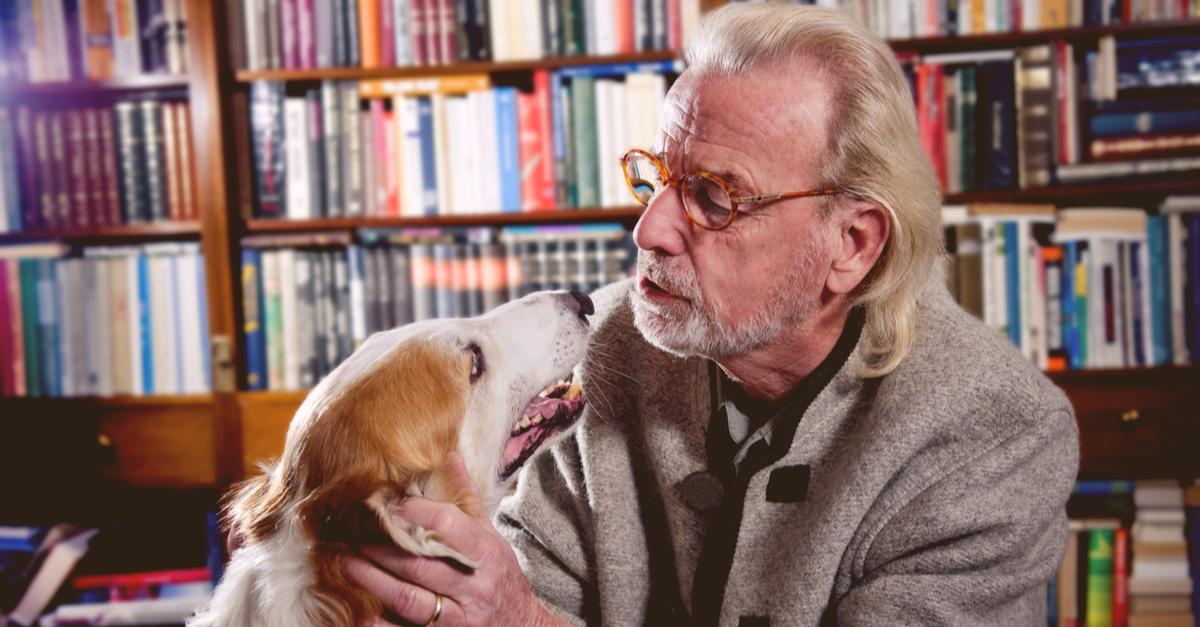 The Perils of Downsizing

By Jill Smolowe for Next Avenue

Okay, I'm gonna blame this on my husband because husbands are good for that sort of thing. But the truth? I should have known better. When Bob and I decided to downsize from a three-story house to a three-bedroom condo, there was the inevitable deciding what would go, what would stay, what would be given away, what would be discarded.

As we made our decisions, it became increasingly clear to me that what I found most painful to part with was my vast library of hundreds, probably thousands, of books.

Bob was unsympathetic. He'd downsized twice before and had had no difficulty getting rid of books that he'd already read. What could I possibly want with all those yellowing and often crumbling pages that I'd likely never look at again?

"You'll feel lighter," he assured me.

Reducing My Library to One Bookcase

While I liked the idea of a psychic diet, I knew in my heart of hearts that he was wrong. Even if I had no intention of rereading most of my accumulated books, there was something about their quiet presence that I found soothing. Anchoring. Visually pleasing.

But the downsizing task demanded that I reduce my library from 47 shelves (scattered in bookcases and hanging shelves over three floors) to seven shelves, all to be contained in a single bookcase in my new office.

So, I told myself, Bob's right. Time to let go.

The radical reduction of my library was agony. I managed to salvage three more shelves worth of books by deciding to make room in my new office for a standing bookcase from my daughter's old bedroom. Never mind how nicked and fragile the unit was. That would enable me to keep two more boxes of books.

Feeling keen kinship with all these yellowing volumes, I wanted to make sure that each of the rejects found a new home. So, I hauled 15 heavy boxes to a facility where, a few months from now, a local Women's Club was set (pre-COVID-19) to sponsor a used book sale whose proceeds would provide college scholarships to local girls.

While the donations were good for my heart, they weren't so good for my back. By the time we returned home, I knew I wouldn't be packing up any more boxes for the book sale.

Next, I begged friends to come over and take books. One after the next (most of them, like me, writers), they responded with derisive snorts.

"Are you kidding me? I've already got more books than I can handle. Come take some of mine." Ha. Ha. Ha.

Finally, I had to call in a junk hauler to cart off the remaining hundreds (more likely thousands) of books, among them copies of memoirs and anthologies I'd published decades ago. (Talk about agony.) Then, I surveyed the empty shelves and went into mourning. For months.

Now in my new condo since May, I still ache when I think of all the books I ejected from my life. The absence of the presence of those books weighs heavy.

That feeling of loss has been exacerbated by the brave new world of Zoom. I know, I know, you're supposed to look at the person who's talking, not the backdrop. But if there are bookshelves in the frame, that's where my gaze goes. And that's where it stays.

I am not, by nature, the envious sort. But this unasked-for entry into people's homes has stirred something raw in me. When I'm on Zoom, all I can see are all those damn shelves with their rows upon rows of — sigh — books.

I try not to have opinions about the shelves in other people's homes that are more cluttered with picture frames and plate collections than books. But, yeah, I have opinions. Lots of them. I try not to be judgmental of people's sorting choices. But books sorted by the colors of the book covers? Seriously?

I try not to be envious. But I have Zoom envy, big time. I long for the feeling I once took for granted of being surrounded by books. The two book cases in my new home office just can't provide the cosseted feeling afforded by the multiple shelves in my old living room.

My brain argues that my craving for book-lined shelves is ridiculous. The fact is, for years now I've been doing most of my reading on a mini-iPad, courtesy of the Kindle app. The backlighting is always perfect. The font size is negotiable. And unlike the many people I know who love the "feel of a book" in their hands, I prefer the lightness of the mini-iPad (a preference my writer friends find daft).

I also love that I can carry my e-library of hundreds (by now, probably thousands) of books with me anywhere, anytime. How cool is that?!

Yet, my longing to be surrounded by shelves lined with books hasn't diminished. All those damn Zoom tours of people's living rooms, offices and bedrooms keep stoking my appetite.

Finally, I had it out with Bob. "This living room will never feel like home if we don't have some books in it!" I insisted.

Ever-accommodating, he's encouraging me to commission a bookshelf that will fit between the fireplace and the piano. Never mind that it'll be a tight fit that will disturb the open-air feeling of the liberally windowed, high-ceilinged living room that drew us to this particular condo.

Never mind that once the bookshelf is in place, I — who discarded hundreds (maybe thousands) of books — will have to procure books to fill those shelves, books that I'd actually rather read on my iPad.

I Should Have Known Better

Never mind. Never mind. Until more books fill my line of vision, this new place will never feel like home.

I've put out an embarrassed SOS to some of my friends and one of them, God bless her, has taken to leaving me bags of books on her front stoop. (She's now downsizing her own overload.) I sit on her stoop, our social distance carefully maintained, and cull through the offerings. I'm unwilling to take just any old book. It has to be a book that duplicates one I gave away or feels like one I'm likely to read.

Slowly, I'm rebuilding a library that feels, well, like mine. One that some day in the future, I'm likely to have to cull all over again.

And yet. I'm not the only person to have been seared by the downsizing experience. A year ago, two dear friends of mine, both in their mid-80s, moved from their house of decades to an apartment. Their kids long since grown, the downsizing (with its elimination of a driveway that needed shoveling and a lawn that needed raking and mowing) felt like a dream come true.

Until they realized it didn't and never would. The pride and joy of their house had been their backyard, where they'd developed bed upon bed of shrubs and flowers. In their new high-rise, there was barely room for a few potted plants.

They mourned. They grieved. Finally, they decided they couldn't bear it. Now, they've placed a successful bid on a house that has a modest backyard, one where they can once again plant and prune and tend their beloved shrubs and flowers.

No doubt there are people in their life who think they're crazy to once again take on a house in their ninth decade. Me, I applaud them. They are who they are. Just as I am who I am.

So, without apology, I now say, Bring on the books. And without apology I say, Blame my husband. Never mind that he's being a good egg about adding a bookshelf to the living room. He's the one who got me into this mess.

But the truth? I should have known better.

Jill Smolowe is the author of Four Funerals and a Wedding: Resilience in a Time of Grief. To learn more about her book and her grief and divorce coaching, visit www.jillsmolowe.com.