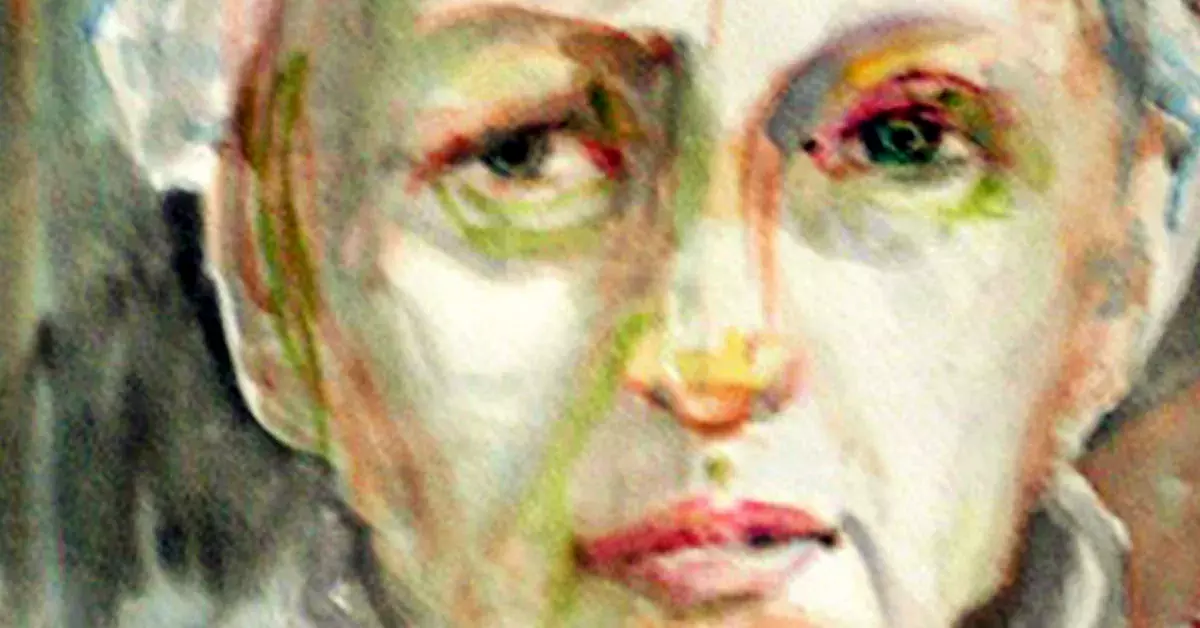 The Inspiring Influence of an Art Lover

By Lauren Stiller Rikleen for Next Avenue

My husband’s mother, Rebecca Frank Rikleen, celebrated her 96th birthday on Halloween, but likely did not have a lot of time for festivities. Most days, she walks down the steep hill behind the rent-controlled New York City apartment where she’s lived for the past 68 years to catch a bus that takes her to an art workshop or poetry class. After returning by bus and walking up that same hill, she may spend some of her afternoon attending a memoir class at a neighborhood complex or walking to the Riverside Church for a lecture or going to another senior center for an additional art class.

Rebecca would describe herself as a mother, grandmother and wife of a husband whose void was never filled, 42 years after his passing and notwithstanding the company of a kind companion for more than 30 of those years.

Even as she maintained all of these roles — and met each with loving responsibility — the description is relational, and offers little insight into her complexity, her life struggles and her passion for art in all its forms.

Art, to Rebecca, is the oxygen that keeps her alive and vibrant, even in a 96-year-old frame that often frustrates her with its slower pace and occasional malfunctions.

She Found Her Joy in Creating Art

Her passion for art and poetry does not stem from a life of privilege where exposure to the masters solidified her talent. Rather, it was her escape from a life of scarcity that started when she was born on the boat that carried her parents who were fleeing Russia.

That her parents were able to disembark on American soil with their infant was likely due to the compassion of their boat captain. Cognizant that the United States was close to reaching its annual quota on Russian immigrants, he rerouted his ship to Providence, thereby avoiding the larger queue of vessels waiting at Ellis Island in New York City. Had he instead waited his turn in New York waters, the annual quota may have been reached before they landed and the newborn and her parents would have been denied entry and sent back to Russia.

But Rebecca’s good fortune to be born an American citizen did not alter her family’s difficult economic circumstances. The family moved from their port of entry to Philadelphia, where they lived above a hardware store. Rebecca became the dutiful daughter who retreated within, excelled in school, and found her joy in creating art.

When an uncle moved to the Catskills region of New York, her family followed, and Rebecca finished her high school years in a small town. Her grades propelled her to the top of her class, but she was told by the principal that the honor of being valedictorian should fall to the No. 2 student who had grown up in the town.

Subsequently, Rebecca obtained the highest score in the county on a statewide exam, an achievement that brought her an automatic acceptance into Cornell University. Her parents dismissed the idea without even exploring whether scholarship support was possible. College for their daughter made no sense, they felt, when she really needed to learn to cook, sew and type. Not to be deterred, Rebecca ultimately earned a B.A. at Temple University and, nearly two decades later, her masters degree.

When circumstances brought her to New York City, she found refuge by spending spare time in museums. There, she met a Russian immigrant 17 years her senior who came to America as a young teenager. Rebecca marveled in the opportunity, for the first time in her life, to have conversations with someone who seemed genuinely interested in her thoughts and ideas. Together, they built a life and raised four children in an atmosphere where their intellectual nourishment made up for their precarious financial circumstances.

I met Rebecca when I was a freshman in college and came for a visit with my new college boyfriend, her oldest son. The memory from the visit that most endures was their apartment which — then and now — was filled with aspects of the intellectual oasis they had built around themselves. Finished art, works in progress, component parts of many items that offered potential for future projects, books and partially read New York Times articles were everywhere. Nothing was junk; rather, everything was waiting for its opportunity to be part of something beautiful.

When her son and I married four years later, Rebecca was serving as the director of a local day care center where she originally served as a volunteer. Her skills were quickly recognized and she was asked to run the organization, which she did for many years. My own parenting was deeply affected by the opportunities to learn from this gifted teacher and parent.

I generally do not refer to Rebecca as my mother-in-law, since that title tends to conjure negative stereotypes. This beloved influence who continues to inspire everyone who knows her is best described by her indomitable spirit, unfailing kindness, towering intellect and her refusal to complain about the myriad physical ailments that are the unfortunate by-product of a long life.

Rebecca is a constant reminder of the struggle that older adults face to maintain their relevance in a world that is hyper-focused on youth. She creates art in all its forms as her own reminder of what matters. Her art lives within the homes of her children and grandchildren and fortunate friends.  And, of course, it lines the walls and hallways of that same apartment in New York.

One of the art forms Rebecca still pursues is writing poetry, and here is one of her most recent pieces:

I know this is true

There are minutes that drag for hours

And hours that fly past too soon

He says it’s all relative

Is where do they go

How can I call them back

slow down their flight

so I can savor or examine

some I wish to feel again

try on for size

Bounce back my way

Stretch wide enough for me to snatch

perhaps I can catch your tail

pin you on a scrap of paper

to be my friend

so we can visit and explore

The image at the top is a self portrait of Lauren Rikleen's mother-in-law, Rebecca. Lauren Stiller Rikleen is a 2015 Next Avenue Influencer in Aging,  president of the Rikleen Institute for Strategic Leadership and author of the recently released book, The Shield of Silence: How Power Perpetuates a Culture of Harassment and Bullying in the Workplace. She is also the author of You Raised Us – Now Work With Us: Millennials, Career Success, and Building Strong Workplace Teams.

This post is part of the VITALITY ARTS SPECIAL REPORT.