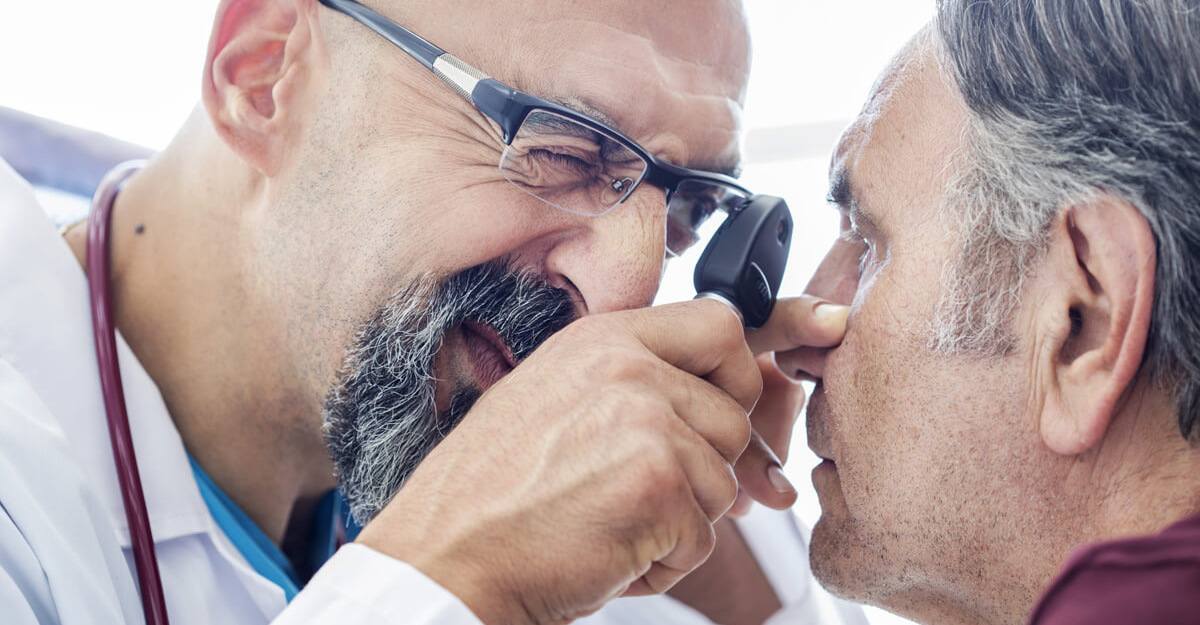 The Basics About Age-Related Macular Degeneration

By Maxine Lipner for Next Avenue

Age-related macular degeneration (AMD) causes deterioration of the macula, the part of the eye that provides sharp, clear, straight-ahead vision. As many as 11 million people in the United States have some form of AMD, and that number is expected to increase to nearly 22 million by 2050, according to the BrightFocus Foundation, a nonprofit that supports research to end AMD, glaucoma and Alzheimer’s disease.

AMD can be passed from generation to generation, according to Dr. Steve Charles, a clinical professor of ophthalmology at the University of Tennessee and founder of the Charles Retina Institute.

“If you are the sweet daughter that brings her 85-year-old (mother) to my office for macular degeneration treatment, you need to get looked at,” Charles says, adding that there are nine genes responsible for the condition.

It’s not uncommon for those with macular degeneration to notice blurring of their central vision early on or to have difficulty reading. Some may see a dark spot or distortions such as straight lines that seem wavy, says Dr. David Boyer, a clinical professor of ophthalmology at the University of Southern California’s Keck School of Medicine in Los Angeles. To give an idea of what it’s like to have AMD, this video made available by the National Eye Institute shows how a grocery trip may appear.

Also, a person with AMD might experience contrast sensitivity, with difficulty distinguishing, for example, dark gray letters on a light gray background. “I have patients who come in who are 20/20 who tell me they can’t drive at night,” Boyer says.

Over time, some people may have difficulty recognizing faces. Eventually, without intervention, those with severe AMD may lose their central vision entirely, although they may still be able to see peripherally.

Eating fruits and green, leafy vegetables that have high levels of antioxidant vitamins — such as kale, spinach, broccoli and squash — may help to reduce the risk for AMD.

Boyer says research has shown that vitamins, such as the “AREDS 2” formulation, which includes vitamin C, vitamin E, zinc oxide, cupic oxide, lutein and zeaxanthin, have been shown to reduce progression by 25 percent and lower visual loss by 20 percent over a five-year period.

Still, Boyer does not initially recommend these supplements for people whose eyes don’t yet show any changes. “We have to be very careful because we don’t know what high doses of any of these (vitamins) over a 30-year period will do,” he says. “However, when patients show changes, then I would recommend the vitamins.”

There are two forms of AMD — wet and dry. About 90 percent of those with AMD have the dry form, and it progresses to the wet form in about 10 percent of patients, according to the American Macular Degeneration Foundation.

With dry AMD, lipid deposits called drusen are the hallmark. Drusen, found underneath the eye’s “retinal pigment epithelium,” a pigmented layer of cells next to the retina, can compromise the eye’s ability to metabolize waste products and lead to damage in the eye’s rods and cones. Rods help us see in low-light conditions; cones allow us to see color.

With wet macular degeneration, abnormal blood vessels leak blood and fluid into the macula causing blurred vision or blind spots. It’s possible for patients to have both dry and wet AMD.

“You can start with dry and it converts to wet,” Boyer says, adding that one eye may develop wet AMD while the other remains at the dry stage. “In those situations, the risk of developing wet AMD in the other eye is about 12 percent a year,” he says.

A ‘Miracle’ Treatment for Wet AMD

The most common treatment for wet AMD is anti-VEGF therapy. Charles explains that, “Every time nature wants to grow a blood vessel, it uses a molecule in the eye called VEGF (vascular endothelial growth factors).” Anti-VEGF medications act as a sponge to soak up VEGF in the AMD-affected area of the eye, Charles says.

You could call these medications “miracle drugs,” Charles says, because they have no ocular or systemic side effects. “Not a single patient got an allergic reaction and nobody required higher doses over time,” he says. The medications go by the names of Lucentis and Avastin, both made by Genentech and Eylea, made by Regeneron Pharmaceuticals.

Currently, Lucentis and Eylea are FDA-approved for macular degeneration treatment. Avastin was initially FDA-approved as a cancer agent, but is used by 70 percent of practitioners for treating wet AMD, Charles says. Avastin costs about $50 per injection versus about $1,850 per injection for Eylea and Lucentis. While these well-accepted treatments are covered by Medicare and other insurance, many plans will not allow patients to use anything by Avastin, Boyer notes.

Treatment with these drugs can go on indefinitely. Some of Boyer’s patients are still maintaining their vision after being on the drugs for more than a decade. The sooner patients start on the treatments the better, since 70 percent of patients on these drugs are able to maintain the vision they had when they started, Boyer says.

Audre Slater, 88, who has battled macular degeneration for more than 20 years, is one such patient. She’s been able to maintain the vision in one of her eyes since Boyer started her on anti-VEGF medication. Unfortunately, prior to going to Boyer for treatment, she had already lost vision in her other eye.

For Slater, the effects of the anti-VEGF drugs have been profound for the vision in her working eye. “Since I went to Dr. Boyer with this forever ago, I just get a shot in my eye every two and a half months … and he keeps me seeing perfectly,” she says, adding that she’s still able to read.

Unfortunately, for dry macular degeneration, there are no such treatments. Many studies have proven unfruitful for the most part, Boyer says.

One treatment that has shown some promise in FDA trials involves injections of a drug called APL-2, made by Apellis Pharmaceuticals, to slow “geographic atrophy.” In this type of dry AMD, cells in the retina waste away and die.

Currently in research trials, APL-2 has shown to reduce the rate of geographic atrophy by 20 percent. But the tradeoff was an 8 percent increase in the wet form of the condition, Charles observes, adding that while this is not a magic bullet, it may make sense to try it together with an anti-VEGF agent.

The use of stem cells is also being looked at for dry AMD. But it is strictly in the experimental stage and Charles stresses the need for caution. Scam stem cell clinics have popped up in places likes Florida and Mexico. Charles says they use the wrong type of cells, obtained through liposuction, that couldn’t possibly help and could even cause blindness.

Treatments continue to evolve. With any form of macular degeneration, those affected should visit a qualified practitioner as soon as possible to learn how they can ultimately best preserve their vision.

Maxine Lipner is a long-time health, medical and business freelance writer, with a specialty in ophthalmology. She is the senior contributing writer at EyeWorld magazine. Her work has also appeared in a variety of other publications, including New York magazine, Women’s Sports and Fitness, Compass Readings (Northwest Airlines magazine) and Nation’s Business.