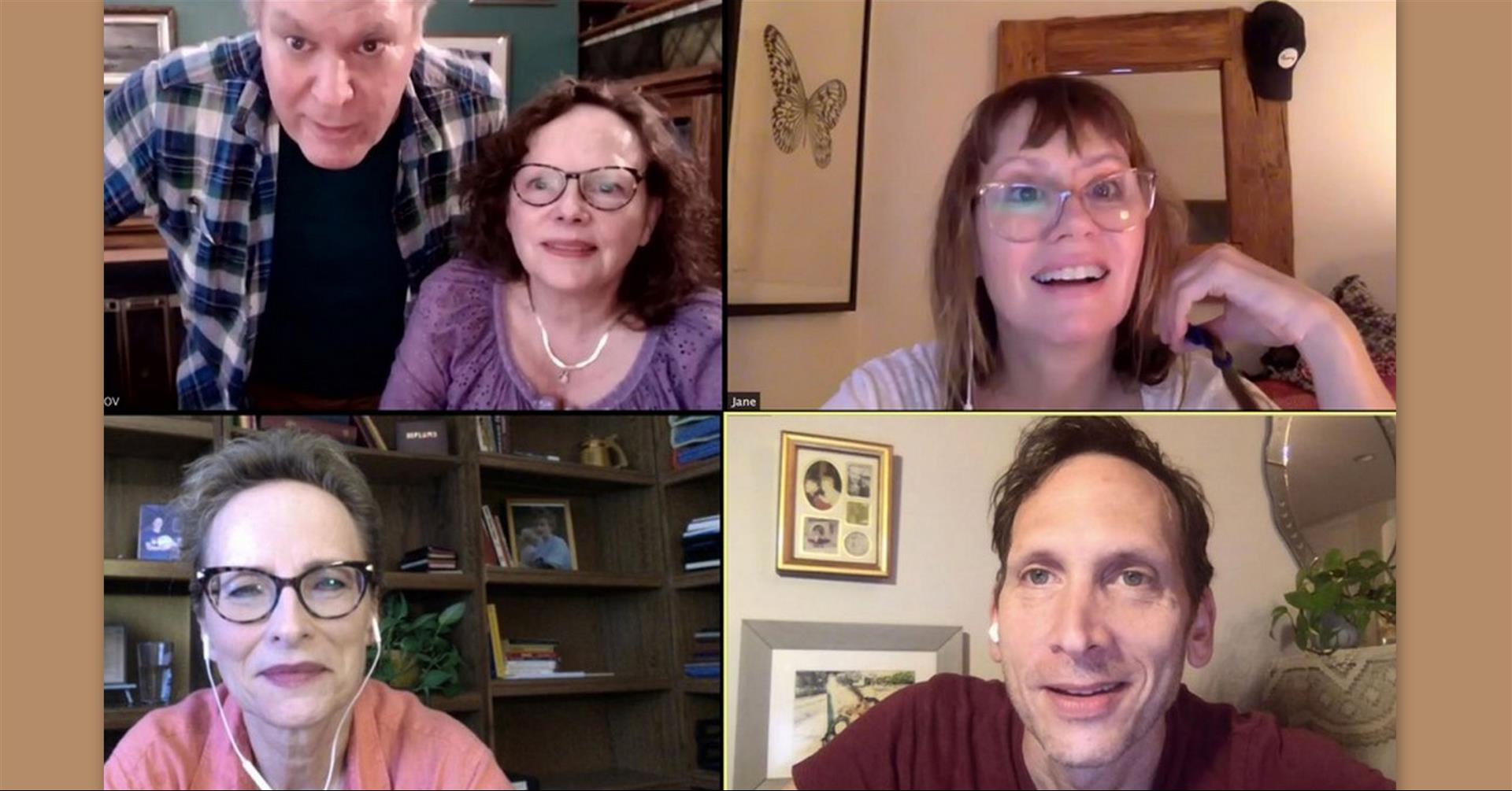 By Ronni Gordon for Next Avenue

Barbara Lavender had been looking forward to seeing “Hamilton” at the Denver Center for the Performing Arts in September, so she was disappointed when the show was postponed indefinitely due to COVID-19. But on July 4, she watched the filmed version as soon as it came out out on Disney+.

“I wish I could have seen it on stage, but this was great because you can see their faces,” says the recently retired Boulder, Colo. attorney.

Educational consultant Tamar Shelov was similarly disappointed when she learned that her November tickets to “The Music Man” on Broadway, starring Hugh Jackman and Sutton Foster, were pushed back to June 2021.

However, the start of the lockdown also brought the chance to see Jackman — one of Shelov’s favorite actors — for free in the 1998 National Theatre of London’s production of Rodgers and Hammerstein’s “Oklahoma!” on Broadway HD, from the comfort of her home in Wenonah, N.J.

The performance was scheduled as a one-night “watch party,”  but you can still see it with a free trial at Broadway  HD; by signing up for a monthly or yearly subscription, you can watch a slew of shows to your heart’s content.

The generation that grew up on live concerts and fell in love with live theater is now, along with many others who love the performing arts, making do — and even getting intrigued by — theater at home. As the publication TimeOut puts it: “the internet has opened up a lifeline, allowing performing arts institutions to keep the lights on — virtually, at least.”

Some of these virtual performances are free, some are by suggested donation and others charge a fee much less than you would pay IRL (In Real Life).

Richard Nelson’s play “What Do We Need to Talk About,” which New York’s Public Theater commissioned as an addition to Nelson’s “Apple Family” cycle, earned praise as “the first original internet play that deftly responds to the form.” Set and produced on Zoom, the show reunites middle-aged siblings in Rhinebeck, N.Y. after the lockdown.

Watching it in lockdown, Shelov was among a reported 80,000 who viewed it on YouTube.

The sixth installment of their story, “And So We Come Forth: The Apple Family: A Dinner on Zoom,” is available on The Apple Family Plays website and on YouTube through August 26, produced as a benefit for the Actors Fund. In this story, the characters’ nerves are more frayed as they wonder if  there is a place for them in the future while the pandemic drags on.

In an interview with Town and Country, Oskar Eustis, the Public Theater’s artistic director, said, “This crisis forbids us from doing, at least in the flesh, the thing our field depends on: gathering artists and audiences in one space to experience their communality. Now, we must strive to see what we can do digitally that will replace at least some of the precious sense of collective experience that this virus has stifled.”

The Public Theater, which canceled this summer’s free Shakespeare in The Park, is still doing “Richard II,” not as planned at the Delacorte Theater in Central Park, but as a radio play rehearsed by actors from all over the globe. It aired in four parts in mid-July and is now available for download as a podcast.

The award-winning Irish Repertory Theatre is in the middle of doing an entire summer season virtually: three plays and a revue of Noel Coward’s songs.

“If you can’t come to our theater, we’re going to bring it to you,” co-founder Ciarán O’Reilly says. “If we’re looking for silver linings, it’s that we’re able to broaden our audience.”

The same could be said of The Williamstown Theatre Festival, the prestigious summer theater in the Berkshires section of Massachusetts. The organization announced this spring that, faced with cancellation, it was partnering with Audible in a season including “A Streetcar Named Desire” with Audra McDonald.

ON STAGE WHEREVER YOU ARE

To get playwrights into the act, and to “get people into their imaginations” and stay connected to live theater, Stephanie Ybarra, the artistic director of Baltimore Center Stage, started the Play at Home project, which now includes 24 theater companies that have commissioned playwrights to write a small work for $500. You then perform one with friends or family.

“The plays are short enough in length but big enough in imagination that just by reading them together, you get a taste for theater,” says Ybarra. You download a play, pick a cast and off you go.

Barbara Lavender performed a play, “Agent 88” by Brian Quijada, via Zoom, with her two granddaughters who were at their home in Denver.

For something bigger, the PBS “Live from Lincoln Center” quarantine incarnation is “Lincoln Center at Home,” where options include “Rodgers and Hammerstein’s Carousel,” as well as digital music and dance. PBS.org has a roster of streaming productions of Broadway shows available for members. (Next Avenue is a digital publication from the PBS station TPT.)

And Broadwayworld.com will keep you up to date with what is streaming in all the performing arts.

To watch dance over the summer, Jacob’s Pillow is doing a virtual festival, and for more music, Tanglewood, home of the Boston Symphony Orchestra, has also gone online.

THE RESILIENCE OF ARTISTS

Tanya Ward Goodman, a Los Angeles writer, said in a May blog post that a virtual performance this spring actually moved her to tears. Maybe she just needed a good cry, but maybe it was something about the production she saw of “The Method Gun.”

She was impressed with how Wesleyan University students livestreamed it, from locations around the world,  after having planned a regular staged version.

“It served as a potent reminder of the resilience of art and artists,” Goodman says.

Ronni Gordon is a South Hadley, Mass.-based freelance writer and editor and a former newspaper reporter. She has written for The New York Times, The Philadelphia Inquirer, the alumni quarterlies of Smith and Vassar and elsewhere.