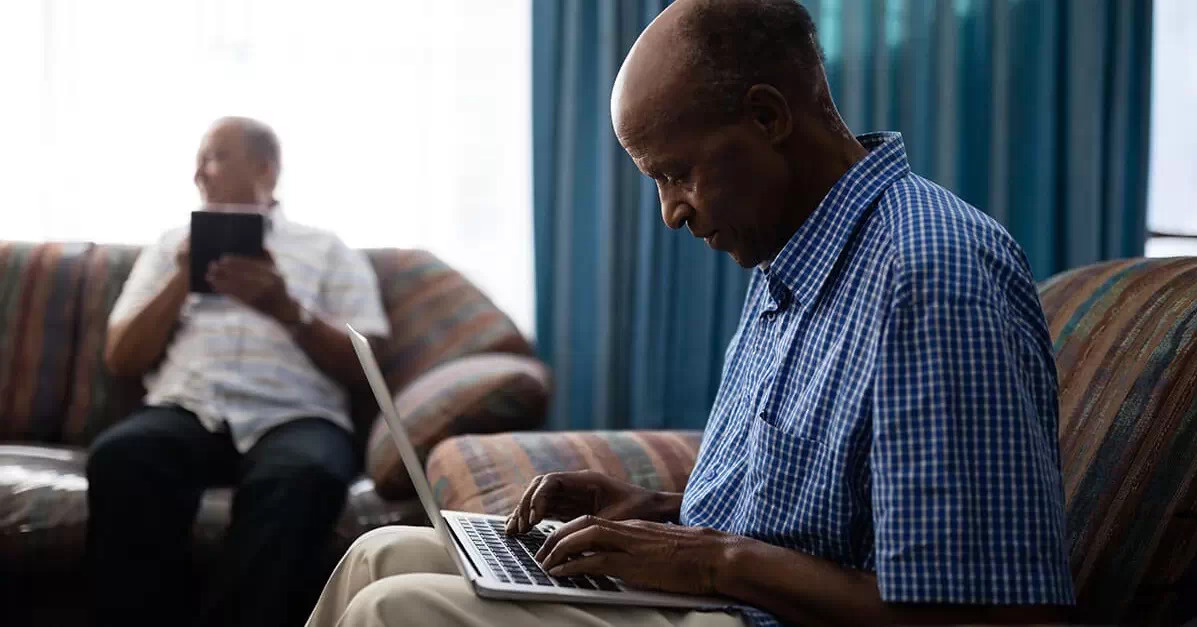 Protecting Your Parents From Elder Fraud

A growing concern for many people in their 50s or 60s: Will my mom or dad become the victim of elder fraud? Sadly, the chances are pretty good. In fact, at least 20% of older adults have been victims of elder financial abuse, according to the Center for Financial Services Innovation.

Scammers are getting more nefarious using email and the phone to separate people in their 70s, 80s and 90s from their money. That’s why I turned to an expert for advice in the new episode of the Friends Talk Money podcast, which you can hear below.

Hazel Heckers is a victim advocate at the Colorado Bureau of Investigation. I heard her talk about the scourge of elder fraud at the American Society of Aging’s Aging in America 2019 conference. Afterwards, I asked her to tell the Friends Talk Money audience what she’s seeing these days and how boomers and Gen Xers can protect our parents.

How to Protect Your Parents From Elder Fraud

In the podcast, which can be found here, I’m joined by co-hosts Terry Savage, author of The Savage Truth on Money, and Pam Krueger, creator and co-host of public television’s MoneyTrack and founder of Wealthramp.com, a service that helps people find vetted financial advisers.

Krueger says in this episode: “Seventy percent of the wealth in the U.S. is held by people sixty and older and there are so many professional scam artists out there. The question is: ‘How do we protect our loved ones?’”

Elder fraud “feels like it’s getting worse” in America, Heckers told me. “That may be because it’s being reported more.” Boomers, she says, are not willing to let these scams go unreported as much as previous generations were, she noted. Plus, there’s more information in the media about elder fraud.

The biggest elder fraud scams today? Imposter scams, notes Heckers. These are ones where someone calls posing as someone from Social Security or the Internal Revenue Service. The victims fall for the fraud, Heckers says, because they fear they’re going to be arrested by the government or something else catastrophic will happen to them.

Or the fraudster poses as the grandchild of the person receiving the call or someone with the grandchild, saying the young boy or girl needs money immediately. Or the crook lays a “romance scam” trap, pretending to be someone in love with a lonely older person, and then requiring money.

Heckers recommends touching base with your local AARP office or the one near where your parents live. “They have a fraud fighters campaign in almost every major city,” she notes.

Savage points out that “what’s changed is technology has allowed scam artists to get a lot closer to your parents or to you than ever before… and disguise their intentions much more easily.”

That’s why Heckers suggests talking to your parents about not answering the telephone if they don’t know who’s calling; Caller ID helps. Scammers sometimes use a technique known as “spoofing” and call with a bogus, local phone number or an internet phone number.

A Next Avenue financial writer recently wrote for us about falling for the “AppleCare” scam, where someone claiming to be from Apple “tech support” demanded money due to what turned out to be bogus malware.

To avoid email scams, Heckers advises, never clicking on a link in an email or in a text message; that link could download malware, spyware or ransomware onto the recipient’s computer or phone. And don’t open attachments unless you’re certain who they’re from.

And scrutinize senders’ email addresses, especially ones from financial institutions. “If you just change a dot to an underscore or a forward slash to a backward slash, you could be a completely different person and look the same,” said Heckers. After receiving what looks like a bank’s email, call the institution to see if it’s legit.

Krueger’s advice: “If you’re not having conversations among your own family members who you love and care about on this topic, you should be.”