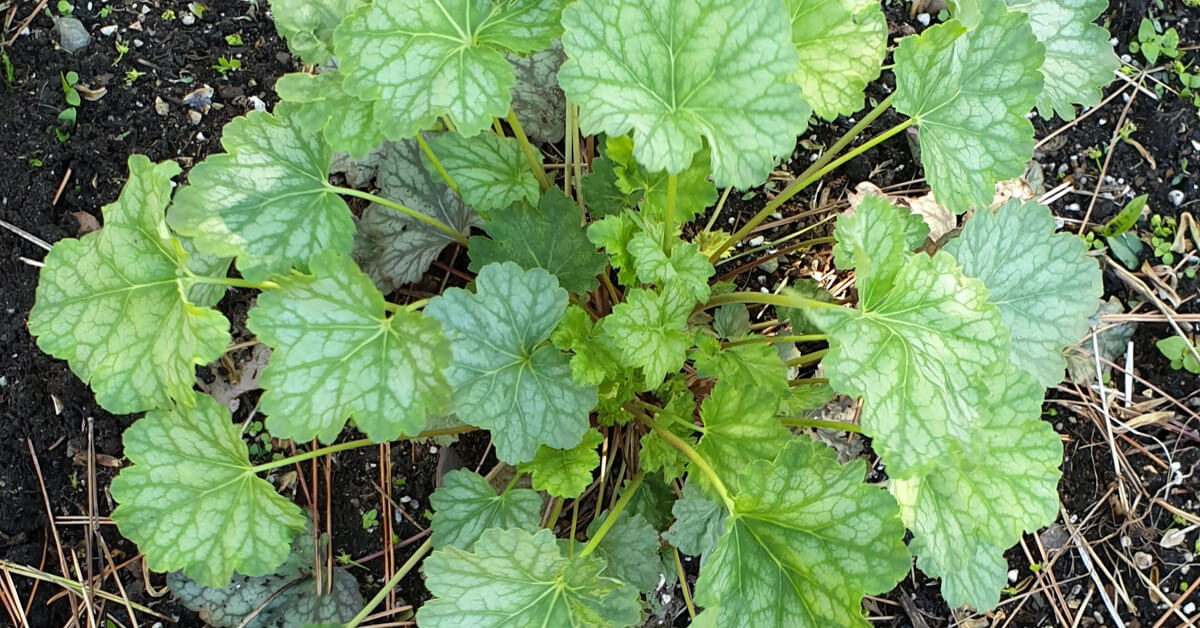 By Debbie L. Miller for Next Avenue

After 23 years of marriage, I was finished. For the last nine of those years, I’d owned a house with a garden in East Tennessee where I grew herbs, perennials, wildflowers and vegetables. I gathered herbal bouquets and dried flowers. I was a member of the Smoky Mountain Herbal Society. I loved my garden.

But middle age hit all at once and with it came a series of events that rocked my world within a three-year period. There was surgery to remove a suspicious lump, my father’s death, the death of my two 18-year-old cats, my mother’s terminal cancer diagnosis and subsequent death and the separation from my husband.

In 1997, I filed for divorce, sold my interest in the house to my soon-to-be ex, yard-saled most of the household stuff, sold my car and moved to New York City.

Looking For a Permanent Home

I was raised in Northeastern Ohio, where my mother grew coral bells. Every year, she divided them and gave away clumps to friends. After I got married and left Ohio in 1973, I moved around a lot with my then-husband. Mom and Dad brought me coral bells wherever they visited me: Missouri, West Virginia, Minnesota and Tennessee.

Before I left Tennessee for New York, I dug up a clump of coral bells, put them in a box and loaded them into the U-Haul that would carry my stuff the 700 miles from Knoxville to Manhattan. A few months before, on an apartment-hunting trip to New York, I’d made friends with Katherine, who tended her plants in a Greenwich Village community garden. We’d met in an improvisational acting class. “When you arrive in NYC, give me your coral bells and I’ll keep them alive over the winter, until you find a permanent home for them,” she said.

When I arrived in Manhattan a few months later, I delivered the coral bells to Kathleen. I was emotionally spent from the move and drained from grief. Some days, I could hardly get out of bed. The divorce became final three weeks after I arrived in Manhattan. I did my best to adjust to living in a studio apartment in a third-floor walk-up and navigate all that was life in New York City.

Forgotten Everything I Knew

Gardening would have been the perfect balm for what ailed me, but it seemed I’d forgotten everything I knew about plants. I couldn’t remember one damn thing. I still had my gardening books packed away, but had no desire to get them out.

A year later, I visited the New York Botanical Garden and sat in the herb garden, trying valiantly to recognize the plants I saw and to recall the names of the herbs I’d grown in my own garden. But I couldn’t remember. I touched the plants and smelled them, trying to conjure up some sense-memory or feelings that these beloved plants used to stir in me. Nothing happened.

As I sat in that herb garden weeping for my losses and the garden I’d left behind, it suddenly dawned on me that someday when I’d healed and come out on the other side of grief, I’d be able to remember everything I knew about plants; that I hadn’t really lost what I knew. Grief had just locked it away. While I didn’t really believe it, I had to go on faith.

Soon after, I left Manhattan and moved to Brooklyn. I took the coral bells with me. The apartment I rented in Brooklyn had a postage-stamp sized backyard and I planted the coral bells there.

When I moved again, six years later, I had to leave the coral bells behind, along with any remaining hope that I’d be able to remember the names of the herbs and flowers I once grew.

Nearly 10 years since I’d left Tennessee and my marriage, the gardening books remained boxed. I wasn’t sure I still had my gardening “chops” or whether I’d still know what to do with a trowel. I began to think I’d never again feel like a gardener or get my hands dirty.

After several months, I moved again. This time, I unpacked my gardening books.

My apartment had an air conditioner “cage” in a south-facing window. I put some pots there and grew a few herbs and perennials. By that time, I’d purchased a friend’s old car and discovered a nearby garden center. I kept a 20-pound bag of topsoil in the trunk of my car and used it as a portable potting shed. I sought out mail order seed and flower catalogues. I joined the Brooklyn Botanic Garden and started taking photographs there.

And I started to remember things about herbs and flowers.

I discovered a community garden a few blocks away from my latest apartment, joined and got on the plot waiting list. I began to feel a bit like a gardener again.

After two years, I was offered a small plot to tend. I started perusing my gardening books, devouring seed catalogues, dreaming about flowers and planning my little 4’ x 8’ garden space.

The plant and gardening knowledge returned in full. It hadn’t been lost, after all. Just dormant, in a holding pattern until I’d healed enough to begin my gardening life anew.

To celebrate, I bought some coral bells and planted them. For Mom.