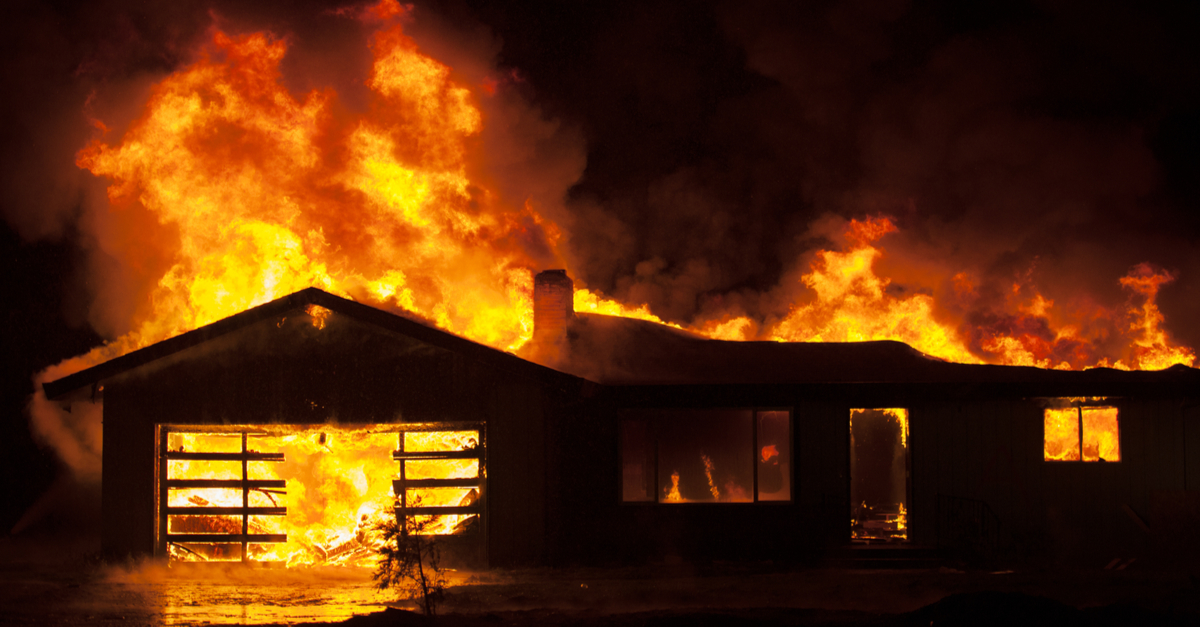 Out of the Ashes: The Return of the Family Portrait

By Sharon Elaine Edwards Taylor for Next Avenue

Sunday, October 8, 2017 was a normal day of chores and preparing for the work week. It turned into a blazingly warm evening, and the winds were blowing more rampantly than usual. I went to bed that night only to awaken to my cell phone blasting a local alarm system around 1:00 a.m.

"Fire alert, evacuation warning!" it blared. My town, Santa Rosa, Calif., was on fire. Patrol cars cruised through the neighborhood, officers yelling into their bullhorns telling everyone to leave immediately. I sat up in bed, dazed and confused, as I glanced outside. The smoke was thick and unbreathable. It was dark out, but the sky was a brazen orange. What in the world was happening?

I darted to the front room and turned on the TV. The local news station was reporting that winds were blowing upwards of 50 miles per hour. The fire had started about 12 miles away and quickly rolled its way down the mountain, over the freeway and was heading toward the subdivision known as Coffee Park. This was where my parents and siblings lived.

Transformers were exploding and sending sparks onto the ground. The sound was deafening.  Panic had set in.  I tried reaching my older parents, to no avail.

I called my brother. "Are you okay? Have you left? Where's Mom and Dad?" I asked.

I could hear the fear in his voice as he told me that he and his family were fleeing west to escape this tornado of flames.

The fear that my parents could be engulfed by this fire was unimaginable. They were jammed in a caravan of cars that were moving like drenching mud. My entire family was scrambling to find a safe haven.

The Impact of the Fire's Damage

As the wee hours of the morning approached, it became light enough to see. The air was thick with ash and debris. The sun was hazed over by a fog-like smoke and the sky was a dirty brown with no blue in sight.

I finally got confirmation that everyone was out of harm's way and safely escaped this catastrophe. It ended up taking my family members three hours to drive eight miles.

Curiosity and confusion emulsified my brain. I needed to assess the damage, so I jumped in my truck and ventured out. Law enforcement was on every corner as the fire continued to blaze away.

I really needed to see if my families' homes had survived, although it was looking quite grim. As I approached the area, it was obvious that almost every home was destroyed to the dirt. Small fires were still burning, and most were smoldering into ash.

It was hard to tell where Coffee Park began and where it ended. I was lost in this once maneuverable neighborhood; all the landmarks were gone. The only thing that was left of my parents', brother's, and sister's homes were their concrete driveways.

This fire, also known as The Tubbs Fire, destroyed more than 5,500 structures and 1,300 homes alone in Coffee Park, resulting in displacement, destruction and death.

The next few weeks were troubling. Where would all these people go? The hotels and campgrounds had no vacancies for at least a 200-mile radius. Luckily, being the only one in my family whose house was still standing, my parents and siblings were able to come stay with me.

Eventually, they all found places to rent and began to restore their lives until the process of rebuilding could start. They literally had lost everything. A lifetime of belongings diminished.

All I could think was how can I help bring back some normalcy to them, some memories of the past? I wanted to replace something from that horrific firestorm that they never thought they would have again. I was the only one who still had The Family Portrait.

The Significance of The Family Portrait

In 1989, my mom insisted we have a family photo taken. My siblings and I were in our early 20s and our parents were in their 40s. We all dressed in gray and black. My sister and I each had a big poufy 'do and my brother had the long-haired, Jon Bon Jovi look.

The photographer took many different shots and, ultimately, we all decided on one picture to be our family photo. Each of us had this framed artwork displayed in our homes for years. Now I was the only one with this memory. What a wonderful gift, I thought; I could copy and frame this for each of them.

Early in December, I went to a camera shop to get these prints remade. I was so excited to recreate The Family Portrait for everyone. I carefully carried the '80s picture into the store and headed toward the clerk behind the counter.

"Hi!" I exclaimed, so happy to be there. "My parents, brother, and sister all lost their homes in the fire this year. I want to have three copies of this made please."

The gentleman behind the counter said, "No problem."

Then he looked at the photo and told me, "I'm sorry ma'am, but this is signed by a photographer. I can't replicate it without his permission."

There was another man behind the counter who came over to see what was going on, as he noticed I was almost in tears. He looked at the portrait and the photographer's signature and quickly turned to the back of the store.

"Hey John! Can you sign a waiver for this lady? She wants to duplicate your photograph," I heard.

Turns out, the original photographer happened to be in the store at the same time as me. What are the odds of that happening?

Not only did John, the photographer, sign the waiver but he signed one for anyone who had lost their pictures in the fire.

"This is amazing, thank you John," I said. "You have made my day and will be making the day of my family, come Christmas!" I gave him a bear hug and will never forget that astonishing moment.

I had three portraits made, framed them all very beautifully and wrapped them for Christmas for each family member. Keeping the secret of what I had done was challenging, but the surprise was worth every silent breath.

On December 25, 2017, my entire family came over to celebrate Christmas. I handed my parents their gift. My 77-year-old dad slowly tore the wrap and removed the bow.

As he saw what it was, the tears streamed down his cheeks. "This is the best Christmas gift anyone could ever ask for," he exclaimed, emotion in his voice.

The Family Portrait had returned — something he and my mom had never thought they would see again.

Four years later, I am happy to say that all my family members are back in their rebuilt homes, on the same lots, in Coffee Park. They each have the family portrait hanging by their entry door.

Sharon Elaine Edwards Taylor lives in Santa Rosa, California. She enjoys hiking, all music, and anything that involves sun and sand. Her work has been published in The Girlfriend from AARP.