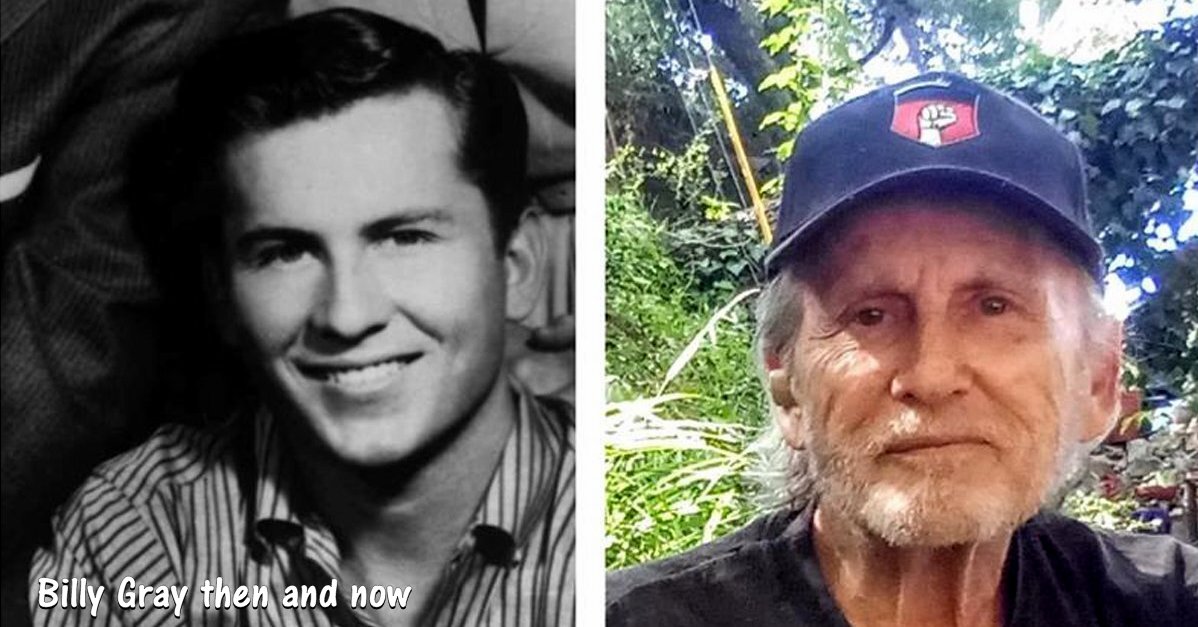 My Visit With Bud From 'Father Knows Best'

By Steve Uhler for Next Avenue

Sometimes providence pops up in the unlikeliest of places — even during pandemics. But who would have predicted that COVID-19 could make a childhood dream come true?

Like countless others during the initial days of stay-at-home lockdown, one of my Corona Coping Methods was binge-watching old television shows — peeling off the decades, gorging on reruns of Roseanne, devouring episodes of M*A*S*H and You Bet Your Life.  But mostly I self-medicated with the “comfort food” of my childhood, Father Knows Best.

Father Knows Best had a lot going for it (sharp character-driven humor, intelligent writing, stellar production values) all tied up with uplifting confectionery moral lessons. It also took place in an imaginary world with no divorces, no racism and family dinners that required shirt and tie. It was what they used to call ‘Quality Programming’, and even at age 10 I knew the show packed about as much nutrition and substance as a bowl of Cocoa Puffs. Still, both felt good going down.

In an epoch of TV trifles like Ozzie and Harriet and Leave It To Beaver, Father Knows Best scratched a little deeper beneath the veneer of the American nuclear family — like a short play by Thornton Wilder disguised as a domestic sitcom. In their way, the Anderson family was every bit as dysfunctional a unit as their more contemporary counterparts, The Connors from Roseanne.  These were complex, flawed characters, facing everyday moral conundrums.

Most complicated of all was “Bud,” the misfit teenage son book-ended between two sisters, “Princess” and “Kitten.” As portrayed by actor Billy Gray, Bud could be bad, and as a kid I could relate to that. I took vicarious delight in his scheming. Bud Anderson was the childhood friend and big brother I never had.

Now, decades later and inching my way through month No. 3 in lockdown — idle and depressed — a wistful vision came to me: Wouldn’t it be cool to spend a day hanging with Bud Anderson? The kid in me craved a conversation with my old childhood hero. But it’s hard to book time with a fictional character from an ancient TV show.

Sending off a blind email, I reached out to Gray, now 82, and living a few miles down the California coast in the same Topanga house that he bought for a song way back in 1957. Introducing myself as a writer currently between projects, I mentioned I’d long wanted to interview him and chat a little over the old days. That much was true; I prudently left out the imaginary friend part.

Two days later, my phone rang. The voice on the other end sounding as familiar as yesterday: “Sure. Come on down, and we’ll chat our asses off.”

At last, after half a century, the kid in me was going to meet his hero.

Finding his house on a warm June afternoon — a blink-and-you-miss-it multilevel cottage precariously perched over a vertigo-inducing ravine — I tentatively entered a steel gate leading to a sunken patio deck. There in the shade sat a familiar figure.  A little older, but still, well, recognizably Bud.

Setting two chairs at a wrought-iron table in the shade overlooking the canyon, we measured out a comfortable space, adhering to the new social distancing. I ask how he’s adapting to this new anything-but-normal paradigm.

“The pandemic? It hasn’t really altered my way of life much”, he says, sipping a glass of cranberry juice. “Except for the fact that I’m in the most vulnerable group. That’s given me pause.” He smiles, a hint of the old smartass Bud shining through, adding, “But with [Trump] at the helm — what is one to do?”

ON THE NUANCES OF PLAYING BUD

From the ’40s to the mid-’50s Billy Gray was one of the busiest child actors in Hollywood, appearing in such films as In A Lonely Place; Jim Thorpe, All-American and, most memorably, as Patricia Neal’s precocious son in the 1951 sci-fi classic, The Day The Earth Stood Still. In 1954, he auditioned for a part in a new TV series about an ordinary American family in a small Midwestern town, and the rest is pop culture history.

For better or worse, Father Knows Best is Gray’s lasting legacy, and he knows it. “It’s endeared me to a lot of blue-haired ladies, that’s for sure,” he says. An intuitively naturalistic actor, Gray took a one-dimensional part and gave it layers and nuances, often tapping into his gift for deadpan physical comedy.

As the series evolved, producers found more ways of incorporating Billy Gray’s real life traits and talents into Bud Anderson’s fictional ones, including his love of bongo playing and motorcycles. “I didn’t create Bud,” reflects Gray, “but a lot of Bud was in me, no question.”

In an era of squeaky-clean white bread teenagers on TV, Bud Anderson was something of a subversive anomaly. Simultaneously dim and Machiavellian, he was forever taking ill-advised ethical shortcuts down dark alleyways. Bud was self-absorbed, deceitful and manipulative. In short, a template for every wiseass teenage misfit. That’s why I liked him.

When I tell him how I related to Bud’s darker tendencies, Gray smiles.

“They did have him doing some pretty despicable things,” he confesses. “But I just approached it as if, ‘Well, people are despicable. We’re capable of ugly traits. That’s part of being human.’ So I was trying to make this kid as human as is demonstrated every day by everybody else in the world. We are deceptive and selfish. I didn’t try to shade it or make it into something it wasn’t. I went for the naïveté of being human.”

AN UNEXPECTED END TO A BUDDING CAREER

By the time the series wrapped in 1960, Gray was ready to move on.

“I was actually tired of playing that character. This is where I think I was underestimated as an actor; I wasn’t getting offered anything other than Bud Anderson-type parts,” he says.

But Billy Gray never had the chance to move on to bigger things.

Driving one afternoon in 1962, Gray got pulled over. “I was trying to park and the cops came over,” he recalls. “I rolled down the window and they smelled a little odor. They looked under the seat of my car, and there was a little baggie of seed and stems that I’d forgotten about. That was the end of it. Busted.”

Seriously? Seeds and stems, but no Bud?

In those days, being caught with marijuana was a career-destroying catastrophe.

“I didn’t know quite how to handle it,” he recalls. “The way it went down was I pleaded nolo contendere and got one-to-ten, suspended. I was with MCA [Studios] at the time. My agent said, “Nope. Can’t handle you anymore’. And that was it.”

Overnight, America’s Poster Boy for Clean Living had been relegated by the media into the same ward as dope pushers and addicts. Suddenly, there was no work for Billy Gray.

Fortunately, he was financially comfortable. Gray also loved motorcycle racing — particularly the sport known as Class A Speedway Racing, and had a gift and passion for it, winning numerous trophies and titles during the ’70s and ’80s. It wasn’t Hollywood, but he was happy. When he talks about his racing years, his eyes light up.

A DAY STEEPED IN MEMORIES

Sixty years after Father Knows Best ceased production, Gray seems to have come to terms with his legacy as Bud Anderson.

“I’m very proud of it. I did good work. In fact, I think that hurt me. I think people thought that Bud was who I was — that I wasn’t acting, that it was just me. And it wasn’t.”

He still harbors ambivalent feelings over the show.

“I’ve evolved over the years. I’ve received a lot of communication from out in the world about how helpful people found the show. My first take on it was that they would always compare it to their own life — and comparison is invidious. People thought they could use our family as a model. And that’s totally unfair to parents and kids to be compared to some idealized, fictitious TV characters.”

As afternoon morphed into evening, we talked about many things: His lifelong friendship with his TV mom, Jane Wyatt (“I was pall bearer at her funeral,” he says, choking up. “She was a wonderful, grand lady.”); being cast with James Dean in Rebel Without a Cause only to lose the part due to his Father Knows Best commitments and recounting adventures getting lost in Peru while filming director Dennis Hopper’s The Last Movie, which very nearly lived up to its title.

Watching the late afternoon sun slide down behind the hills, we sat like two reluctant Lions in Winter waxing over old times, until the cranberry juice was drained — as good a time as any to say goodbye. Snapping a couple of quick selfies, we exchanged numbers and talked about having lunch after all this Corona Dust had settled.

Later, driving back home up the 101 and feeling lighter than I had in months, I  pondered this brave new world with suns that set too soon, handshakes that can kill, pot that can be purchased in boutique stores and long-ago childhood wishes that come true.

Glancing in my rear view mirror at the invisible kid in the back seat, I asked out loud, “You happy now?”

If the Child truly is “Father of The Man,” as the poem by William Wordsworth claims, I had done good by my younger self. And, for once in this lost boy’s life, Father really did Know Best.