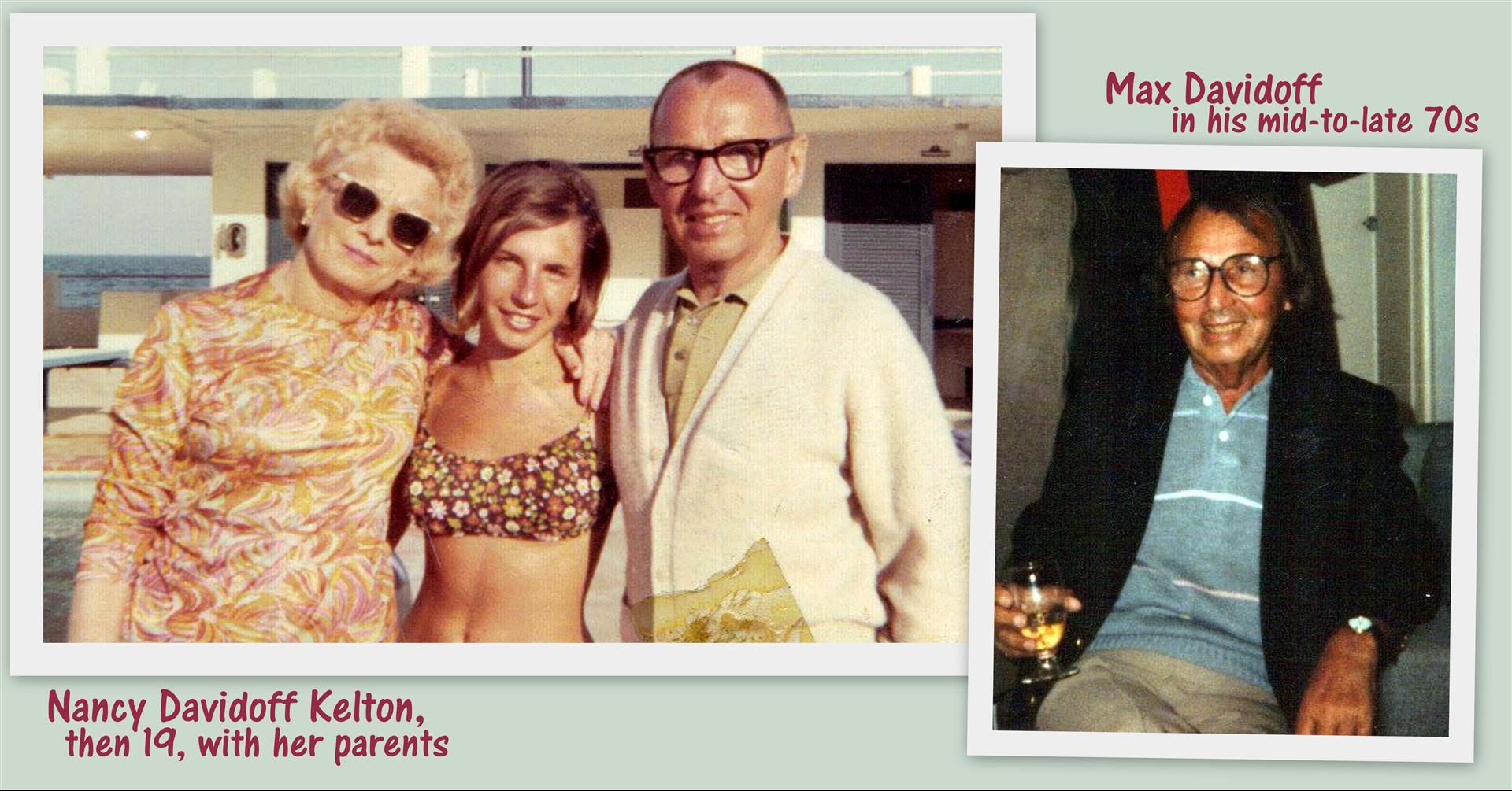 My Father’s Truths and Lessons

By Nancy Davidoff Kelton for Next Avenue

My father died in 1997 at age 88, yet he wakes me up some mornings and guides me through my days. On Father’s Day, and every day, particularly now during this pandemic, I am grateful for his gifts of wisdom which include:

It goes beyond tilting our heads upon seeing Aunt Bernice’s lopsided Jell-O molds and ribbing Uncle Joe for being a know-it-all; beyond teasing and clever retorts. It involves having a perspective, seeing the world from the longshot with its ridiculousness. It became a source of strength in dealing with my adolescence, school, divorce, single motherhood, nosy relatives, noisy neighbors and the pandemic.

In college, when I worried I might fail Chemistry 101, Dad sent me the following ‘Don’t sweat it’ letter.

Dear Nancy, I was upset by how upset you sounded on the phone last night, not only because you spent ten minutes of expensive long-distance time crying, but more because I have never known you to get worked up over something as idiotic as an exam. Just because some finky professor didn’t ask questions on the material you studied doesn’t make you a failure. Hopefully, the person who teaches you Chemistry 101 next semester will ask better questions. No two people come out the same from college. Some get A’s, some get B’s, some get F’s, some get Phi Beta Kappa keys, some get mono, some get knocked up, and some get thrown out. I have always been proud of you, but your panicking over a grade surprised me. I never expected a child of mine to be a whiz in science, but I do expect her to maintain her sense of humor as she has done in the past. Don’t sweat your finals. We love you no matter how it comes out.”

2. The Getting is In Giving and Showing Up

My father heard what I said, loved my company, and made me feel special whether we talked to the animals at the Buffalo Zoo, painted by numbers, played gin rummy or other games I made up. During ‘beauty parlor,’ as I styled his balding brush cut, asking, “Do you want a bouffant or parfait?” he would laugh that I used those two words together and said it my way.

For my school plays, he arrived early and sat in the middle of the front row.  Each summer, as my bus to overnight camp pulled away, he remained at the window waving, sometimes crying, as the other parents headed to their cars. In college and after, whenever I flew home, he stood in front of those other people waiting at the gate and beamed.

Our family was blessed by his presence. He attended to my chronically ill mother without acting burdened. On Sunday visits to my aunt’s, while I sat at her kitchen table eating homemade brownies, he gave her money, and advice and contacts to my cousins during their job searches.

“Your aunt doesn’t earn much or have connections,” he told me. “Helping them feels good.”

3. Find Work You Love; You Do It Every Day

Before the women’s movement got underway, during my childhood when the causes of my mother’s struggles became clearer, Dad insisted that, as an adult, I find meaningful work about which I would feel passionate and proud.

I discovered the rewards of writing and teaching 50 years ago. I still feel passionate about both today.

4. Enjoying One’s Own Company — Not Money — Makes a Person Rich

My favorite childhood memories include my father alone on the sofa, reading, doing crossword puzzles or dealing and playing out four bridge hands on the cocktail table. His eyes sparkled when he figured out the plays, as well as when he quoted writers, particularly his favorites: Twain, Hardy, Voltaire, S.J Perelman and Dickens, whose books he regularly re-read. Dad showed me that books enrich us, feed our souls, deepen our empathy and broaden our worlds.

When I began curling up on my bed and putting my feelings and thoughts on paper, I told him I felt less alone with a legal pad and pen than I did with many people.  “You’re lucky,” he said. “You’re good company.”

5. Don’t Try to Keep Up with the Joneses: They Don’t Know What They’re Doing

Starting at age 12 and more in high school, when I felt pained, not being in the “in crowd” or eager to follow the herd, he repeated the Joneses wisdom. He reminded me of it when I became a mother, and then a divorced mother, feeling inadequate seeing moms who seemed to have it all under control.

Learning to trust myself teaching, in my second marriage, with friends and with my grandchildren —rather than comparing myself to the Joneses — makes for a rich, full life.

6. We Take Ourselves With Us Wherever We Go

My father left a lucrative business run by a man who demeaned his employees, and started from scratch on his own. My mother worried about his drop in income. “I have to take myself with me,” he told her.

He reminded her again about our taking ourselves with us when she expressed envy that a wealthy relative was taking expensive vacations.

He repeated this last truth to me my whole life. We are who we are, vacationing, at home, with family, everywhere. Kindness and giving last bat.

Nancy Davidoff Kelton has written 7 books including "Writing From Personal Experience" and a memoir, "Finding Mr. Rightstein," which she is adapting for the stage, and essays for The New York Times, The Boston Globe, Parents, Working Mother, The Baltimore Sun, and other publications.  She teaches writing at the New School and at the Strand Bookstore.