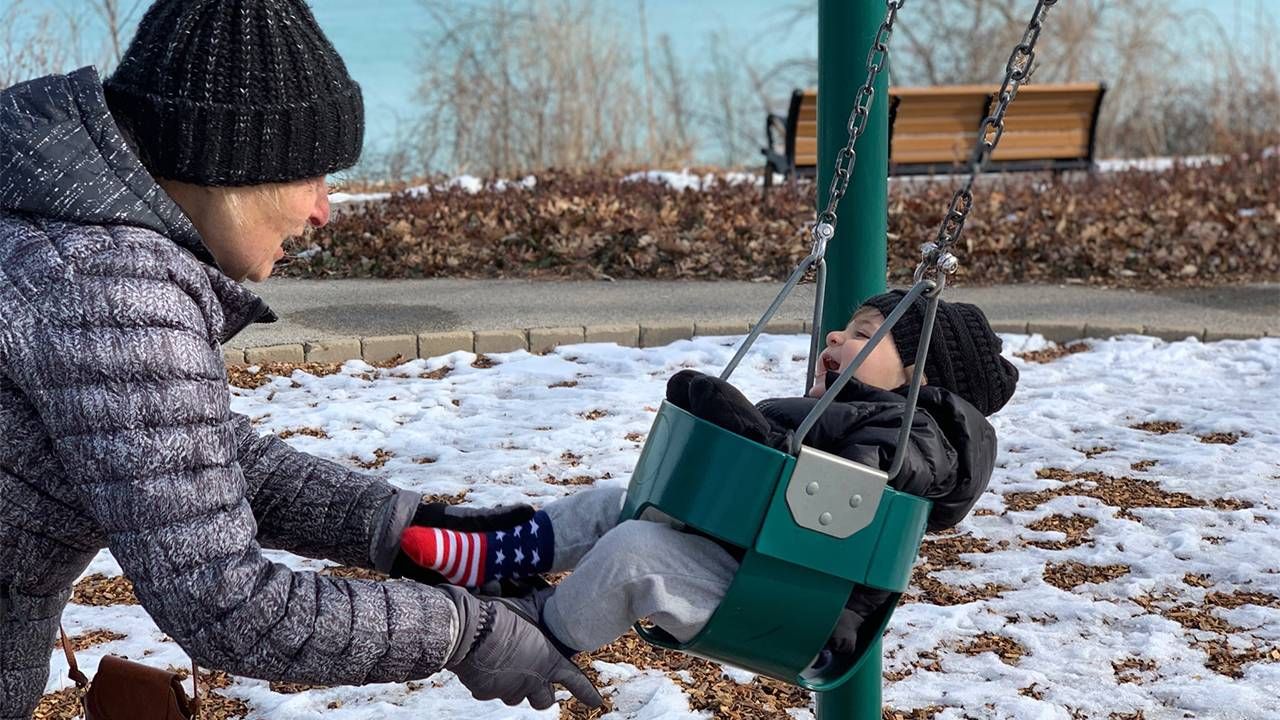 Making Memories: Remember to Get Grandparents in the Picture

By Yona Eichenbaum for Next Avenue

As my luggage touched the floor, the need to capture the moment felt urgent. Visceral.  Living it wasn't enough. I needed hard copy. I scooped up my granddaughter and handed my phone to the nearest adult with a breathless request, "Quick — get a picture of us."

I had come to San Francisco from Chicago almost every three weeks since my granddaughter was born, close to four years ago. The arrival scene played out the same way each time. Thanks to her parents and the wonders of cloud sharing (online storage), child photos were in large supply. But I needed our moments together, too.

It was a way to freeze time. She wasn't the only one changing. I was too. More slowly for sure. But this version of me wouldn't last forever. Eventually, she would need tangible proof those memories were real. Printed or digital — those photos would be memory hard copy.

I knew this because I wished I had more pictures of my parents with my young children. They had made many trips from Montreal to Chicago to see their grandchildren. We visited, too. But my old Olympus camera was clunky to use. A moment's magic usually gone before I focused the lens.

The addictive, immediate gratification of pictures was unimaginable then. It took weeks to get from film to photo, another week in transit. I don't think my parents ever saw an image less than 6 weeks old.

Grandparents were a mystery to me. I grew up in a community of Holocaust survivors. There were no old people. My friends had no grandparents. I had no real understanding how grandparents might fit into a life.

I watched my parents with their grandchildren, aglow, their joy palpable. I began to sense what I had missed, that my children were blessed to have them. Yet it never occurred to me to capture more of their moments together.

Looking back, I can't fully blame vintage technology and family history. Fueled by youth, a paradoxical optimism was at play. Viewing your parents as ancient -- in that teenage eye-rolling way -- but immune to aging.  My own imagined immunity transmissible to them.

I suspect my adult children believe this version of me has an unlimited shelf life. Yet they struggle to remember their grandparents, now gone 11 years, as their younger selves. Those last difficult years became an emotional firewall keeping older memories at bay.

When COVID-19 grounded us in March, 2020, joint photos ground to a halt. In August came the pandemic's only silver lining: the kids moved back to Chicago.

I remember their arrival. As my 9-month old grandson nestled in my lap, I handed the phone to my daughter. Old habits die hard. I hoped his big sister might wander into the frame. But I didn't fret. There would be ample opportunity. Or so I thought.

While the photo stream continued undiminished, joint photos almost vanished from the mix. Being together was the new normal. Not what lay over the rainbow after a cross-country commute. More real life, less still life. It made sense.

The need to freeze time was less urgent, yet no less important to me. But now, requests felt awkward. Given our new proximity, they might signal an odd neediness. Or worse: narcissism. You need to be in the picture? Adorable children not enough?

I think of "Sunset Boulevard" – a classic film in which an aging, forgotten actress unravels. If the kids saw it, I fear they would cast me in its final scene, BeeBee (my grandmother title) staring madly into the closest phone, "Mr. DeMille, I'm ready for my close-up."

How do you say, "Take a picture. There will be a time when you'll want it, need it." without sucking the life out of the moment? Wiser to avoid the conversation.

Fast forward some months. I am pushing my grandson in a swing on a bright winter day. Behind us, an aquamarine Lake Michigan stretches endlessly to the horizon. I ignore my daughter pointing her phone. I stay in the moment. But I secretly delight in capturing it organically. No conversation required.

We are more than a year into the pandemic, a reality beyond my imagination last year. And even now, there is a disorienting sense of time standing still, but also flowing relentlessly forward, sweeping up missed moments  —  like debris  —  in its wake.

I am one of the lucky ones. Just seeing my kids is a gift. I make some belated New Year's resolutions. To fully inhabit the moments that come my way. To hold on to them, captured or not. To trust the hard copy to happen organically.

After a career in advertising, drawing on the power of words to create magic around the brands in our lives, Yona Eichenbaum now writes about real life, and how to embrace its challenges and gifts. In the photo at the top, provided by Yona, she and her grandchild are captured in a spontaneous moment, as referenced in the story.

Posted on
July 2, 2021
by
filled under
Family
Aging Well
Nostalgia
« Back to Blog