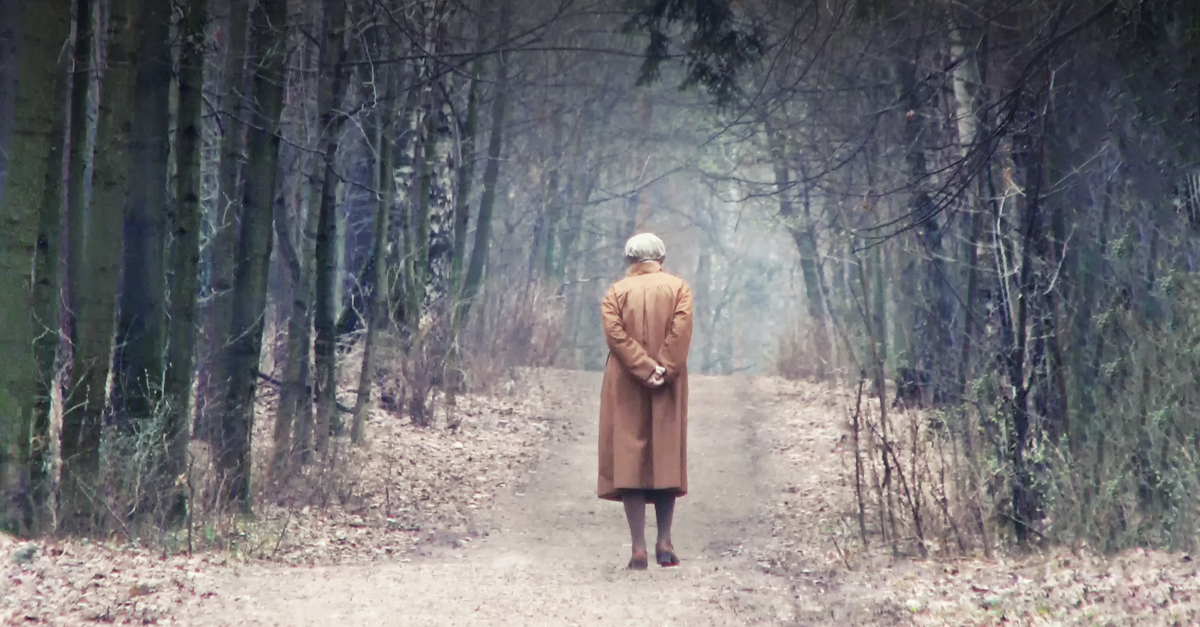 Isolation Is Debilitating for Many Near the End of Life

By Craig Miller for Next Avenue

Never have the debilitating effects of isolation been laid so bare as during the persistent COVID-19 pandemic. During the lockdowns of 2020, everybody got a taste of it. But for many older people and especially those nearing the end of their lives, social isolation and loneliness are often demons woven into everyday life.

Newly published research begins to reveal the extent of that, as well as some of the dangers.

"The first thing that was really striking to me was just how common of an issue this is and how little we typically recognize this, as clinicians caring for people at the end of life," says Dr. Ashwin Kotwal, assistant professor of geriatrics at the University of California in San Francisco, and lead author of the study.

While health care providers — even palliative care specialists (ones whose care relieves pain for those with chronic illnesses) — tend to focus on the physical and medical needs of patients, Kotwal makes a startling claim: "Social well-being may be equally important to individuals and their families."

Kotwal's team drew data from more than 3,000 individuals who participated in an ongoing national study of U.S. residents over 50. Known as the Health and Retirement Study, it tracks people's well-being through their final years through a regular series of surveys. They found that nearly one in five subjects said they were "frequently lonely" or felt socially isolated during the last four years of their lives.

"Those are big numbers to me," says Kotwal.

A 'Pandemic' of Loneliness

While loneliness is a common feeling throughout life (over half of older adults who are married say they feel lonely, one study found), Kotwal says it can be dangerous for people approaching the end of their lives.

"I worry a lot about loneliness and people who are approaching the end of life because they may not have the ability to compensate for those feelings socially," Kotwal adds. "They may be experiencing cognitive impairment, which makes it harder to socially interact with others. They may have physical disabilities that make it hard to get out of the home."

Kotwal says he's seen in his own practice loneliness that "increasingly manifests in physical ways." He says patients with loneliness tend to experience more pain and require higher doses of medication.

"If we're going to be addressing pain at the end of life, we should also ask about loneliness and see if there are social interventions that may end up also helping with their pain," notes Kotwal.

Isolation can also be an impediment to proper medical care. For instance, hospice care is often denied to patients who don't have a full-time caregiver at home.

Among the most disturbing findings in his study, perhaps, was what appears to be a direct relationship between loneliness, isolation and socioeconomic status. Those described as low-net worth individuals experienced loneliness and isolation at much higher levels than others.

The study also revealed that while men and women tend to experience similar levels of isolation, women experience far more loneliness. Women tend to be more engaged with their communities than men and hence, might feel the loss of those connections more acutely. And women are, statistically, more often the surviving spouse — the one "left behind."

Other risk factors seem more intuitive, such as impaired vision or hearing, which often come with age and can create social barriers.

Only 5% of the study's participants reported feeling both loneliness and isolation. That may seem contradictory, though they're not the same. As any New Yorker can attest, you can feel lonely in a crowd.

Kotwal's team measured loneliness using a scale developed at UCLA that gauges responses to a series of statements, such as "I lack companionship," "I feel left out" and "I feel isolated from others." Social isolation was measured by assessing factors such as community engagement and whether there were family members in the household or nearby.

'We Just Have to Make This a Priority'

For starters, he says, physicians need to be more proactive in learning about their patients' lives at home. Patients are often embarrassed to admit that they're lonely or isolated, and won't bring it up unless asked.

"​I've​ found clinically that when we just give people space to discuss these topics, it can be therapeutic in and of itself," notes Kotwal. "You know, people really appreciate clinicians caring about their social lives."

Sometimes remedies can be as simple as a regular phone call to check in.

There are also institutional approaches. Kotwal points to a senior center in San Francisco that runs a state-funded peer outreach program helping "engage clients where they are." The program also doubles as a second-chance employment program for people who have personal experience with mental health challenges, substance abuse or homelessness.

"You can liken it to a 'friendly visitor' program," says Daniel Hill, 60, who runs the peer program at the Curry Senior Center. "The intention is to cultivate a trusting relationship."

Hill says his staff of peers helps keep clients connected to needed services and the community in general. They might also run errands for clients or just keep them company. "I tell the peers, 'You walk through the threshold of their home and you're doing your job,'" says Hill.

The center has also organized activities keyed to underserved groups, such as open-mike musical gatherings or "Soul Food Fridays," which the center started about five years ago.

"It's really quite simple," says Hill, who notes that social isolation was a "pandemic" among older adults long before COVID-19 came on the scene. "It's just about human connection. We all need to connect."

For their part, Kotwal says, clinicians need to do a better job of fostering those connections. "I think sometimes the solutions are staring us right in the face," he notes. "We just have to recognize what's going on and take those first steps. We just have to make this a priority and I think we can make a huge difference in people's quality of life."

The study, by Kotwal and others at research institutions across the country, was published in the Journal of the American Geriatrics Society, and funded by the Hellman Foundation and National Institute on Aging.

Craig Miller’s career in broadcasting and journalism spans more than 40 years, though since 2008, his focus has been on tracking climate science and policy. Miller launched and edited the award-winning Climate Watch multimedia initiative for KQED in San Francisco, where he remained a science editor until August of 2019. Prior to KQED, he spent two decades as a television reporter and documentary producer at major-market stations, as well as CNN and MSNBC. When he’s not working, his favorite spot is in his kayak on a scenic river or mountain lake.