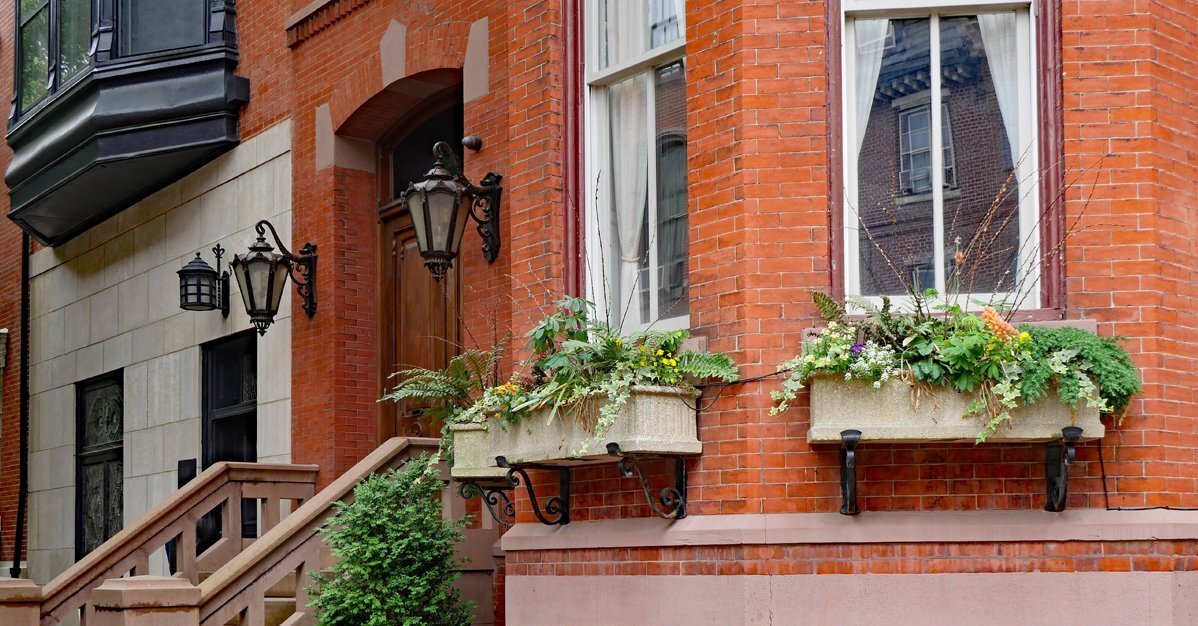 I Know My Neighbors Better By Looking Outside My Window

By Caren Lissner for Next Avenue

It was during day three or four of my self-quarantine in the densely packed city of Hoboken, N.J., that I woke up and saw a new dog sunning herself in the  fifth-story window of a beautiful blue brownstone across the street.

Her fur gently rose and fell, the sun brightening her rough white curls. I’d been worried, of course — about relatives in nursing homes, about friends who are immunocompromised — but I momentarily felt joy at the sight of this new neighbor, her eyes shut tightly in contented slits. I wondered if the dog’s family was new to the unit, or just her.

My city packs 53,000 people into one square mile, directly across the river from Manhattan, and it’s a popular destination for so many young people who are starting their “real world” life and first post-graduation job in New York.

Perhaps the dog’s owners were a couple who have been there a few years and decided it was time for an addition, maybe even to practice for a baby (in my 25 years here, I’ve seen cribs appear and disappear from various windows, white slats suddenly pressed to the panes).

As an animal lover, I wished to know the dog’s name, remembering times, growing up, that my pets brought me joy amid worry. But I thought it would be nice to know about the owners too. How long have they lived across the street? Do they like it here? Do they work in health care, finance, the arts? Are they writers like me?

We’ve probably cris-crossed each other on the sidewalk below, heading to the corner for the $3.50 Manhattan bus. I’ve lived here since my college graduation in the grunge-filled early 1990s, intending to someday move to the suburbs but never quite prying myself from the convenience.

I’ve watched waves of friends move here and then away. It’s been years since I’ve known anyone who lives across the street from me. But when I look out from my desk, I see their lives framed in neat rows in beige, brown and blue brownstones squeezed like book spines on a shelf.

At night, they douse their lamps beneath the watchful moon, and I’ve learned a detail of their private lives that their closest friends may not know: What time they turn in for the night. When I learn details like these, I gain a false intimacy and my imagination fills in the rest of their story.

Now, in month four of quasi-isolation, I look for the dog each morning to feel a sense of routine and hope.

I’ve noticed other signs of life in the windows that intrigue me, human and animal: There’s a couple across the way who often get dressed up to leave between 10 and 11 at night — where are they going so late, especially during a pandemic?

There’s an orange and cream-colored cat on the second floor who favors lying on her side in the morning sunlight, and disappears by noon.

There’s a man who’s picked up in an ambulance every few days and brought home hours later. I’m glad his family and health care workers are still able to get him treatment he needs; glad he’s able to stay at home.

Someone on a high floor has draped a flag in a window with a bear claw symbol — is it their favorite sports team,  beverage or college or company logo?

I’d like to learn more about each of them, at least to say hi after the isolation ends.

In mid-March, after self-quarantine began, someone in my city started a Facebook group called “Quarantined In Hoboken And Losing My Sh*t.” There are a few people whose posts I’ve found especially amusing. A member suggested that when this is over, we should have a happy hour to say hi in person. But will it ever happen or will we go back to racing past each other?

A NEW HOPE OF MEETING NEIGHBORS IN PERSON

People cluster into smaller groups as we age, and in my town, families leave each weekend for shore homes, leaving the city empty. But I’ve developed a new hope of getting to know at least some of my neighbors better in the future. Among the rows of glowing windows, there may be a few people who have something deep inside them that would amaze me, but looking at each other’s windows, we’ll never know.

Perhaps glances from the windows, and internet discussions, present a false promise, as does city life in general: thousands of people all around, but they’re behind glass, close enough to see yet too far to touch.

I’m guilty as anyone else of the rush. When I used to stop into the café down the block for coffee, I repeatedly asked the man at the counter for his name, pledging to remember it — but to this day, I still have not.

Now, from my window, I see people heading into his store and I idly take an inventory of how many are wearing masks (it’s been growing). I wonder if he’s scared or if he feels safe. Next time I go in, I’ll learn his name and then jot it down so I’m sure to remember.

There may be older people all around me who want someone to talk to and people working each day at store counters who’d love a kind word.

When we start filling the streets en masse, I probably will spot the new dog being walked by his owners. I’ll make my best effort to say hello to them in person, or person-to-person and person-to-dog.

Caren Lissner's first novel, Carrie Pilby, about a socially isolated young woman in New York City, was adapted into a romantic comedy film currently showing on Netflix. She's also a local news editor at Patch who has published essays and articles on Atlantic.com and the Washington Post.