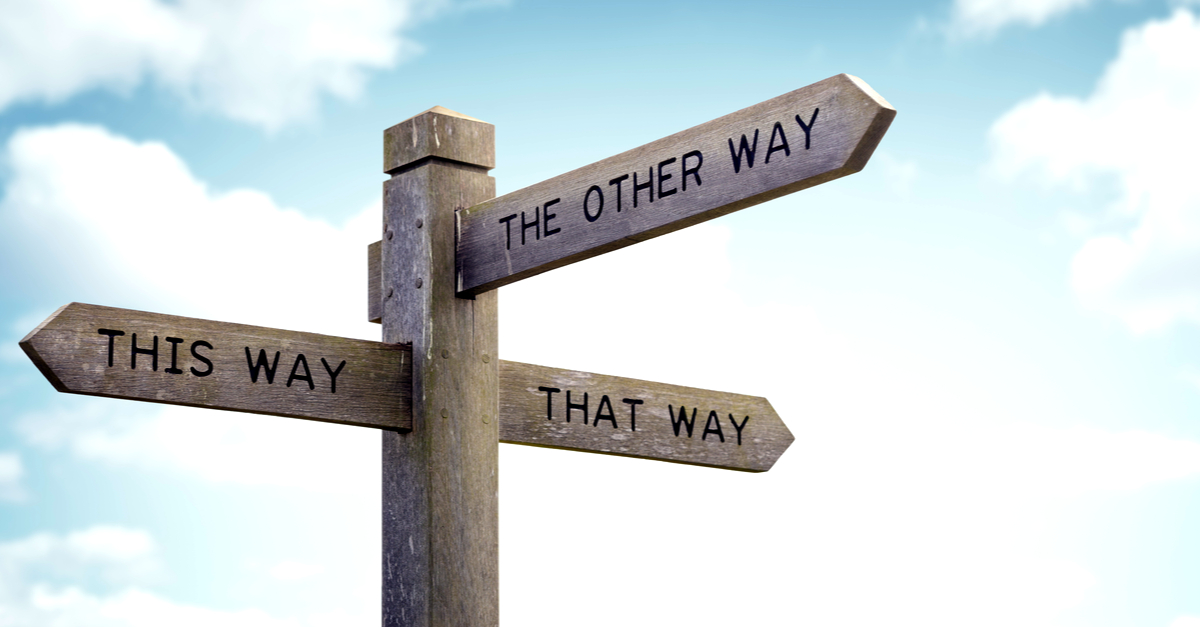 How to Make Decisions in the Midst of Uncertainty

You have a decision to make. You can't know what the future holds — we're all well aware of that now — and a vague sense of lingering dread over the uncertainty of it all may keep you from moving forward or have you second-guessing yourself. What do you do?

"Go back to bed." "Tarot cards." "Procrastination." Those were some of the suggestions from readers who responded to our question about uncertainty on Next Avenue's Facebook page. Though we can't argue with those options, we dug a little deeper.

"Uncertainty is the story of life and the source of existential angst," said Carolyn Knight, a retired nurse who worked as an oncology certified nurse and in hospice care.

Knight, 73, lives in a Maryland suburb of Washington, D.C. "The story's ending comes eventually, but meanwhile life goes on and you keep putting one foot in front of the other. You don't move on from uncertainty. You move through it," she said.

That's true whether you're trying to make a decision about a health issue, a new job or a big move.

"Waiting for an answer, outcome or resolution is like trying to balance on a fence, trying not to fall one way or the other prematurely. It's holding on, maintaining balance," Knight said. "Uncertainty can be exhausting, and I've found the mere acknowledgment of that struggle is useful, and reassuring."

Leslie Davenport, an integrated psychotherapist licensed in Washington and California, would agree.

"It can be a mistake to consider all factors in isolation," she said. "Each person's decision has to be their own, but we don't have to come to it alone. We can talk to trusted friends or financial experts or individuals living where we might be considering moving."

Trying to make decisions quickly also is a bad idea.

"When we're uneasy or worried about making a right decision sooner rather than later, we need to remember we're not at our best at thinking through things clearly when we're in a hurry or when we're layering on a sense of existential dread," Davenport said.

She encourages clients to practice yoga, go for a run or "do whatever is in their tool kit —  and do it more than once — so they can make a decision from a calm place."

Davenport added, ""It's better to pause and reflect, rather than make a stress-driven decision. You want to have your wits about you."

Davenport also finds value in the Serenity Prayer, written by American theologian Reinhold Niebuhr. It goes like this: "God, grant me the serenity to accept the things I cannot change, courage to change the things I can, and wisdom to know the difference."

If you ponder those words, you may determine that no decision is required after all.

"Make use of the wisdom that comes from reflecting on whether you can make a change or not," Davenport said. "Sometimes, there is nothing more to do."

Most Decisions Can Be Reversed

Some comfort comes from knowing that most decisions are not irrevocable.

"My dad always told me that I was smart and to not worry about making the wrong decision," said Stacy West, deputy director at Laumeier Sculpture Park in St. Louis County, Mo. "He said to make a decision and if it doesn't feel right, rely on your smarts to change the situation and try something different. But if you do nothing, you'll never know."

When a young friend told me a few months ago he was moving from San Francisco to Tucson, Ariz., I cheered him on. After all, we have to make decisions based on what we know now, not on what the future may or may not hold. He said after almost 15 years in the Bay Area, he was looking forward to new challenges and new adventures, but was sad at the same time.

Fun seems more important than ever, so I told him: "Move on, don't look back — and good luck."

Apart from a few unanticipated close encounters with a javelina (a type of wild pig) snakes and lizards, McGoy reports he is doing well. Under the direction of psychiatrist Dr. Gilbert Kliman, McGoy is continuing his work as a forensic video editor, documenting psychological evaluations presented for litigation for expert witness testimony.

"I'm doing the same things I was doing in San Francisco, just on a larger scale," he said.

How to Help A Stuck Friend

A pianist and music director in St. Louis, Schmidt starts with a conversation that has nothing to do with uncertainty. She first says positive things about a friend's skill, enthusiasm or talent, and then offers encouragement regarding decision-making.

"I think praise, a thumbs-up to what they are already doing, is certainly a building block to help with uncertainty," Schmidt said. "Many times in my life when I heard positive, enthusiastic feedback from a friend, a teacher or mentor, that helped me move forward. And it's easier to move forward when you feel better about yourself."

Sometimes, a retreat from all the uncertainties of life is called for.

A friend who watches old "Perry Mason" shows says "sometimes it's good to already know the outcome" — even when she doesn't recall the exact details of a case.

Though I was skeptical at first, recently I reconnected with a few reruns of "Law and Order" that feature the late Jerry Orbach — and my friend is right.

Patricia Corrigan is a professional journalist, with decades of experience as a reporter and columnist at a metropolitan daily newspaper, and a book author. She now enjoys a lively freelance career, writing for numerous print and on-line publications.