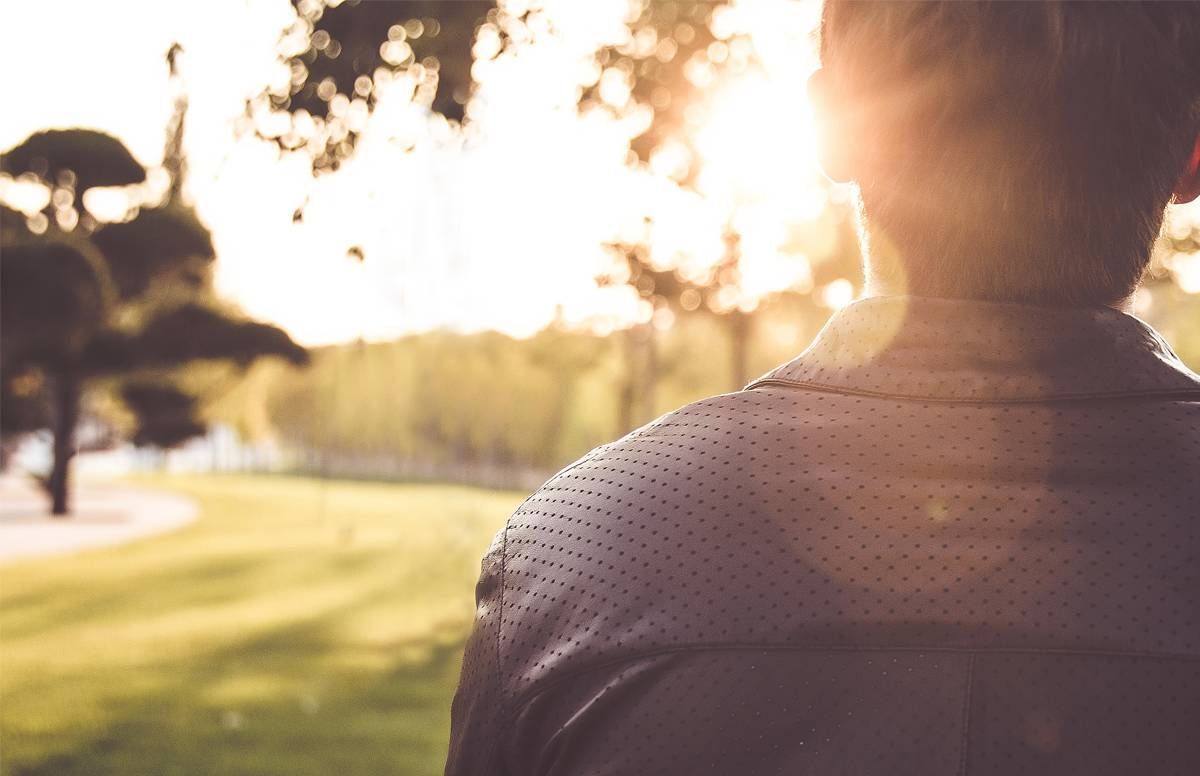 How to Adjust to the Ongoing Stress of the Pandemic

By Jackson Rainer for Next Avenue

Today that therapeutic exchange would be moot, as we live in such a complex and critically demanding time: A pandemic rages on, social unrest is activated by unveiled racism not seen since the 60s, political distrust is tribal and fragmented through polarized beliefs and we are globally diminished by the unmooring of reliable anchors to the greater good.

“I don’t know” has become a legitimate way of describing our personal experience.

The coronavirus is integral to this discussion. Our country has inconsistently responded to the threat that COVID-19  brought into our activities of daily living.

Some years ago, I co-wrote a textbook on crisis counseling and therapy. In my study with psychologist Frieda Brown, I learned and taught that the benchmark of moving from an acute to a chronic crisis is marked at six months. Socially, we are at that point.

The virus reared its ugly head and reached pandemic status as the Centers for Disease Control (CDC) recommendations for masking, hygiene, and social distancing were placed in early March.

Now in mid-September, we move toward different psychological adaptations to the COVID-19 crisis, which is far from settled, managed or treated. It is no longer acute; at six months in, we navigate the chronic crisis status in new and unfamiliar ways.

The crisis has destabilized personal security which emanates from community membership. Whether intentional or not, our world is now organized by disconnection, rather than a sense of reliable and predictable community.

Regrettably in today’s social order, there is a strong sense of polarization, fragmentation and disenfranchisement. The bubbling of the “I don’t knows” comes from the loss of a social rudder in communal water. Psychologists know this process as the phenomenon of uncertainty.

A client said it best: “I don’t know when the other shoe is going to drop, but I know it will. When it does, it won’t be in my favor.”

The psychological definition of uncertainty is characterized by a lack of information about an event, which is then cast as aversive and felt with strong dislike and distaste. It applies to future events and the unknown.

Uncertainty arises in situations that are observable but incomplete, as found in the COVID-19 crisis’ viability in this state of limited and valid knowledge. The crisis response is impossible to exactly describe. Its state of affairs, future outcome and the more-than-one-possible outcome holding undesired effects and significant losses are troubling and evident, no matter how much we try to keep it at arm’s length.

As my client said: “I know the other shoe is going to drop…”.

Human nature operates in the presence of unpleasant events by predicting that whatever comes ahead will not be in our best interest. In the tension and discomfort of uncertainty, we tend to "fill in the blanks" with worst case scenarios and outcomes.

By nature, we want options and when choices based on knowledge and a full complement of fact are unavailable, we rely on what we believe — rather than what we know — in order to reduce the anxiety of the unknown.

'Our Ways of Seeking Safety Have Been Disrupted'

Jim Neal retired as a management consultant before his second career as director of operations for Friends of Refugees, a nonprofit agency supporting the largest U.S. refugee community based in Clarkston, Ga.

Neal says that refugees “…know uncertainty. They fled their homes and crossed international borders because of war, persecution, civil unrest or religious persecution. They are displaced waiting for the crisis of conflict to resolve.”

Neal goes on to say, “All uncertainty is based in loss. There is a loss of role, of community and identity, of control and autonomy. As for the COVID-19 crisis? It gives the rest of us a taste of what the refugee community has dealt with for years.”

The Rev. David Jordan is the senior minister of First Baptist Church in Decatur, Ga. and Beth Jackson-Jordan is the director of spiritual health for Emory University’s DeKalb Hospital in Atlanta. This couple is attending to the spiritual needs of their urban communities through the crisis.

Jordan says, “The lack of social contact combined with that unknown sense of ‘How long will this last?’ weighs heavily.”

Jackson-Jordan agrees, saying, “Most of the ways we’ve used to cope with adversity have been taken away. That, plus losing the things that give us routine order and structure, such as going to work outside the home, make the uncertainty less and less tolerable.”

For now, our collective response to the virus continues primarily to be reactive and fear based.

Neal says, “Our ways of seeking safety have been disrupted.” This fragmented perspective has led to more personal imbalance, social violence, spiritual unrest and environmental degradation.

The world has been thrown into what writer Arthur Brooks calls “a culture of contempt.”

In his book, "Love Your Enemies:  How Decent People Can Save America from the Culture of Contempt," Brooks writes that “contempt is the habit of seeing people who disagree with us not as merely incorrect, but as worthless and defective.”

In part, because the organization of the coronavirus world is based on fear and limited thinking and behavior, we have lost conversations that have a center, not sides. The social concern arising from the public health crisis is the problem of “the common good,” the sense of community solidarity that binds all in a common destiny.

We have seen a progressive loss of civility, defined by the acts of working together productively to reach common goals with a beneficent purpose. To be civil, community, choices, conscience and character are elemental, with a focal point of bringing a positive outcome to a contentious situation.

As civility wanes, contempt emerges to provide different groups of people clear membership in polarized social structures that are valued through emotional significance.

Moving through the pandemic crisis without solid trajectories and prediction of favorable outcomes, we are “sorted” into ideological bunkers that track to an increased sense of loneliness. Tribalism becomes the social order, based on the narrative “who I am in fear.”

The reward for contempt is outrage. It is hardly surprising that the more unsettled and uncertain we feel and the less we have control over how things are going — feelings that make us feel threatened — the more we circle the wagons and fiercely fight for tribal success, looking to the tribe to keep us safe.

The coronavirus crisis causes all of us to suffer during this unique moment in history when the entire planet is suffering the same thing at the same time. Optimistically, our ability to move through this period of globally connected suffering will produce spiritual, mental and psychological growth.

“My congregation is wanting to move back into social contact. We are feeling challenged to move into a new space and rhythm combined with the need to create safety and sanity in this crazy world," says Jordan. "Our resilience is called into play.”

While it's true that we have our moments of impatience and wanting things to “go back to normal,” it is as the Rev. Shawn Garvey of the First Congregational Church of Winter Park, Fla., says, “…we are now playing the long game."

He explains, "The will to endure will produce a new kind of character within us all. The character will be one we share with all of our sisters and brothers around the planet. From now on, we’ll all have a common experience to reflect upon and stories to share: How we missed our families and friends, how we struggled with isolation, how we worried about our jobs, security, and economies and ultimately, how we overcame it all.”

The psychological task to nurture resilience relies on personal and social agency — the capacity to act and make choices out of experience based on three factors: iteration, projectivity and practical evaluation. Enhancing agency depends on change based by learning from past patterns of thought (iteration).

Jordan says, “We know what engaging with others feels like. We will have to re-learn how to nourish ourselves and others in order to decrease the sense of isolation and loneliness that social distancing has caused. The question hinges on how much risk is reasonable for connection while still being respectful of the virulence of the virus. It will be a new rhythm that requires personal thought and attribution of meaning to every action that we take.”

The projective element of agency encompasses the process of imagining positive future trajectories connected to hope and desire for the future.

Jackson-Jordan says, “So many health care providers are suffering moral injury from witnessing the volume of suffering caused by the virus. I hear these incredible essential workers struggling to move from a position of ‘it didn’t have to happen this way’ to ‘this is what it is and has a tremendous impact on us all.’ That is a hopeful stance as it allows each person to determine new meaning in their work.”

The last element of agency is based on practicality and the making of judgments about personal actions taken during the pandemic.

“We are each looking at context as we move into a new space, a new rhythm. I see this sense of perspective as a key to a resilient nature, to look for alternatives to responding in proactive ways in evolving circumstances," says Jordan.

Grace for Yourself and Others

As the coronavirus crisis moves into a chronic state, how do we stay connected in real and authentic ways to ourselves, our intimates and the global community? We will live through this difficult time, one way or the other.

As Jordan notes, it is an evolving situation and will continue to change. His counsel is to “…compartmentalize pieces of the day. Engage in activities that are pleasing and provide joy. Do something that has an observable result.”

He and Neal also speak of “…the sadness of the pandemic.”

Neal says, “People make heart-breaking decisions under stress and must live with the impact of those decisions. Rather than the Pollyanna response of ‘turn the crisis into opportunity,’ acknowledge the truth of the many losses the crisis has demanded from each of us, then do the best you can and give everyone some grace.”

Jackson-Jordan and her husband talk of the need to attribute meaning to this time.

She says, “We are built to have some sort of explanation for what happens to us. Because of the ways we are reacting to different and disparate sources of information, we have to re-create ways of making meaning that are life enhancing, rather than diminishing.”

He says, “Altruism is healing. Find something small, immediate, and companionable that offers a moment of support to another person.”

According to Neal, “We have choice points. Use that restless energy that comes from social distancing to set your mind toward initiative and optimism. Act thoughtfully rather than reacting to the wish of ‘the way things were.’  Know that each of us needs new ways of caring, rather than wishing that things would go back to normal.  That won’t happen and that’s OK.”