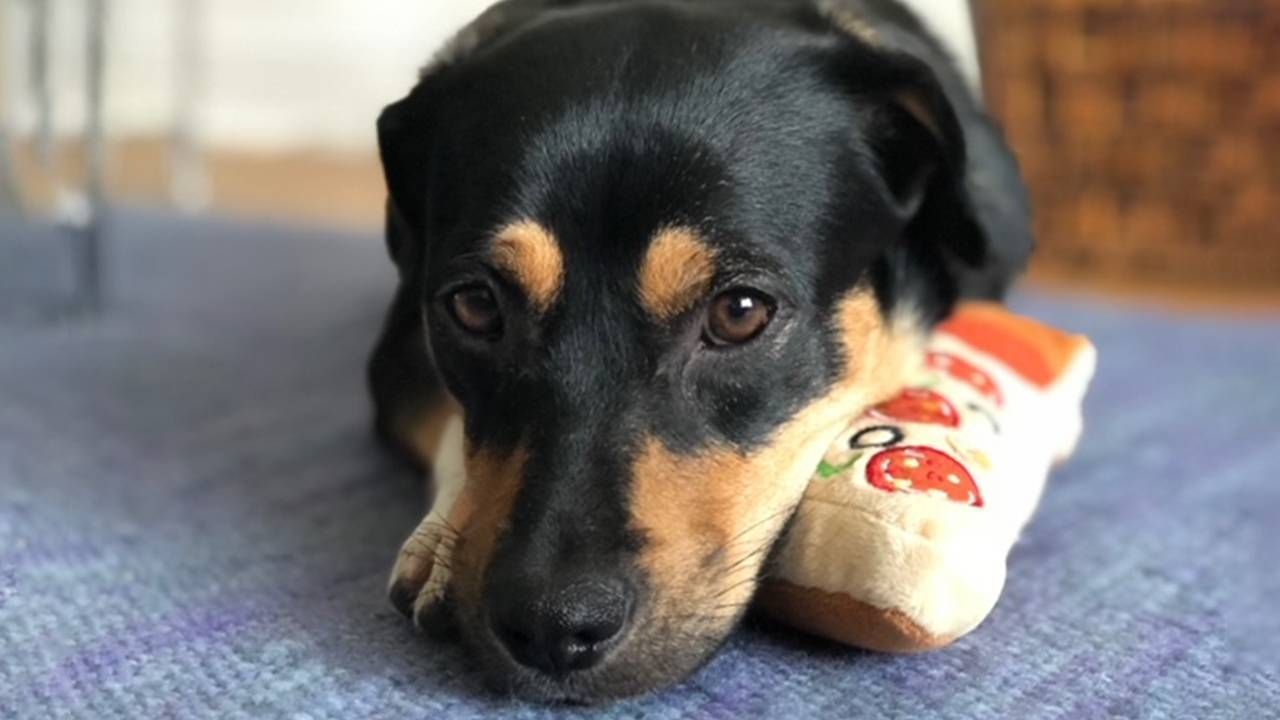 How A Rescue Dog Rescued My Relationship With My Daughter

By Scot Nourok for Next Avenue

Inconsistent, aloof at times, highly neurotic, not to mention depressed, I was the center of my own universe, which consisted of a constellation of one — me — always worrying if I was a good enough teacher. I taught Language Arts to middle-school students. While attempting to grade papers, anxiety and procrastination hampered my efforts at a solid dad-daughter bond.

At first I was a super dad, toting my infant girl in her snuggly, transporting her around on buses to cultural touchstones of Manhattan: The Metropolitan Museum of Art, Central Park, Zabar's deli and Bloomingdale's. I wanted especially for my only child, Danielle, to be exposed to art, The Great Lawn of Central Park, smells of pastrami and my father's love of clothes shopping.

When she needed an operation to repair a small birth defect that might have caused problems later in her life, I held Danielle in the recovery room, beaming with pride as the nurse said, "I usually see babies gravitate to their moms."

As Danielle grew older, I strummed my guitar and concocted nonsense songs to lull her into a peaceful slumber. An athletic child who preferred team sports, she was delighted that I went to all her games.

But then everything changed. I was overrun by my insecurities and spent hours not just trying to grade papers, but obsessing on lesson plans that I felt never met the standards I had set.

This, coupled with a recent diagnosis of bipolar disorder, which explained the many hours I spent in bed, turned me into a remote father.

When Danielle was 11 years old, my wife and I joined a humanistic Judaism congregation. Even though it had been my idea for our family to become members, I could not keep up with the demands of Sunday attendance. My wife was furious, and over the years, the three of us became more and more triangulated with me on the outside, consumed by guilt.

The final wedge that led to a complete split in my connection with Danielle occurred when she was a junior in high school (I, at this time, had begun teaching high school).

I was obsessively a vegan, which coincided with a family trip to Spain. My daughter wanted to apply to a four-year college in Madrid.

On our first day roaming the city, when I saw a store called Museo de Carne (Museum of Meat), with ham, loins and sweetbreads in the window, I knew I was in trouble. I had solemnly sworn to Danielle before we took flight that I wouldn't make veganism a priority, and I had meant it.

Danielle was accustomed to me breaking my word. This time, however, after watching her mother and I nearly come blows about where to have dinner, she refused to talk to me for the rest of the trip. When we returned to New York, my daughter continued to act as if I didn't exist, except when she needed a ride, to which I readily agreed.

Over the years, our relationship softened some but continued to be rocky until two summers ago when I drove her over The George Washington Bridge to New Jersey to visit a young dog Danielle had seen online.

Bonding Over an Anxious Dog

The rescue people had warned her that the dog was skittish, often hiding in a closet or under a bed. In the car, Danielle expressed her trepidation about adopting an anxious dog. But as soon as she was introduced to the small black and brown pup, she was smitten.

As she moved closer to the dog, who was shaking, my daughter said, "I really want her."

On our way back to the city, while Danielle was holding Moose in her lap, she thanked me profusely for going with her. I felt like the distance between us had shortened. I'm sure this contributed to why I became extra-attached to Moose.

When the pandemic hit, Danielle moved from her New York apartment to her boyfriend's family's home in New Jersey. Moose had a difficult time adjusting there, barking at all hours of the day. My daughter worried about disturbing her boyfriend's family, which is why she called one day and asked if I would keep Moose for a while.

"Do you think Mom will mind?" She knew that her mother wasn't always the biggest fan of dogs, and understood the entire burden would fall on me. I would have to walk Moose, feed Moose, and play with Moose.

For the next nine months, I sent her cute pictures of Moose throughout the day. On our FaceTime chats, we'd joke about how easily Moose became frightened. The sight and sound of a garbage truck two blocks away would send the poor dog sprawling towards the lobby.

"Someone could sneeze in Bermuda," I said to Danielle, "and Moose would jump."

My daughter laughed. Then we talked strategies — walking her earlier in the morning to avoid trucks, taking her down in Manhattan's Riverside Park for a quieter experience — and our mutual love for Moose.

Even though Moose always preferred to be curled up on her doggy bed, I told Danielle that Moose was becoming braver. I sent her videos of Moose wagging her tail and sitting for treats.

Danielle was thrilled. "She's acting more like a real dog," she said. "That's because of you."

I was finally a good dad.

Scot Nourok, a freelance writer, who has written for The New York Daily News, Purple Clover, and Nick at Nite, is at work on a novel set in New York City on Fifth Avenue and in Greenwich Village.