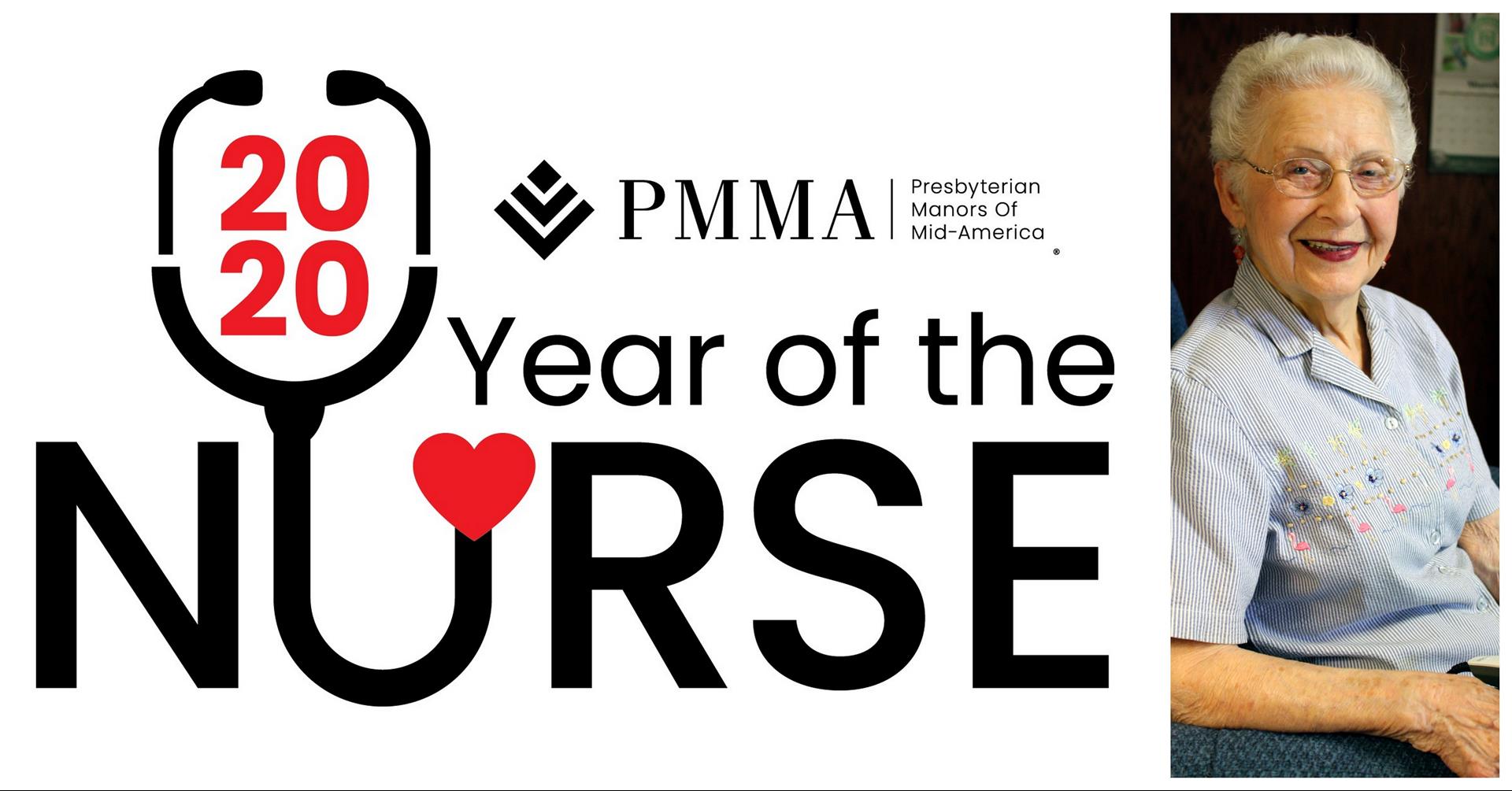 At the age of 9, Farmington Presbyterian Manor resident Glenda Corless and her family packed up their belongings at home in Missouri and headed west on an adventure.

“We went out to Fresno, Calif., to find a cousin of mine who had run away with her boyfriend. When we found them, my dad sent the boyfriend back here packing. They got married the next year and were married the rest of their lives. My dad would go every day to unemployment, and he got a job teaching. We stayed out there from 1934 to 1943,” said Glenda.

Her last two years in Fresno were spent studying at Fresno State in their pre-nursing program.

After those first two years of school, Glenda and her family moved back to Missouri, and she had to find somewhere close to finish her degree.

“I went to St. Louis City Hospital for three years, and it was during the war. I signed papers saying I would go into service – we were called ‘cadette nurses.’ They paid for our tuition, our uniforms, for everything, and they gave us a small amount of money on top of that. When we graduated in 1946, the war was over so we weren’t obligated to do anything. I stayed at City Hospital and worked there for the next five and a half years,” said Glenda.

During that time, Glenda first worked nights on the top floor of the hospital where patients were brought from the emergency room before moving to day duty as head nurse. After a year there, she was made a supervisor and worked in the nursing office for two years.

“I got married then and told my husband, Warren, that I wanted to stay home when we had kids. When we started having our family, I didn’t do any nursing except to go back for a day or two when they really needed me,” said Glenda.

Warren and Glenda were married for 69 years and have two children, five grandkids and seven great-grandchildren. The couple moved into Farmington Presbyterian Manor 25 years ago.

“We decided to move here because Warren’s mother was in Booneville in a nursing home and my step-mother had moved into a place here. We were driving one direction one week to see his mother and then one direction the next week to see my mom. We decided we liked the set up here and we should move here. We’re really glad we did,” said Glenda.

While life around the Presbyterian Manor has looked different ever since the COVID-19 pandemic, staff and residents are working together to make the most of the situation.

“I’m not enjoying not having visitors, but it’s a really good idea. They have a wonderful set-up here to keep the virus from spreading. We don’t have any real activities, but we are able to have our exercise classes. The teacher puts the chairs up more than six feet apart and runs us through the exercises she’s memorized,” said Glenda.

As we recognize National Nurses Week May 6-12, we celebrate all nurses – past and present – for their caring, comfort and compassion.

Posted on
May 1, 2020
by
Cindy Kelly
filled under
Quality
Year of the Nurse
« Back to Blog
Find your senior living community today:
View All Communities
Request Information
Copyright ©current year | PMMA - Presbyterian Manors of Mid-America®