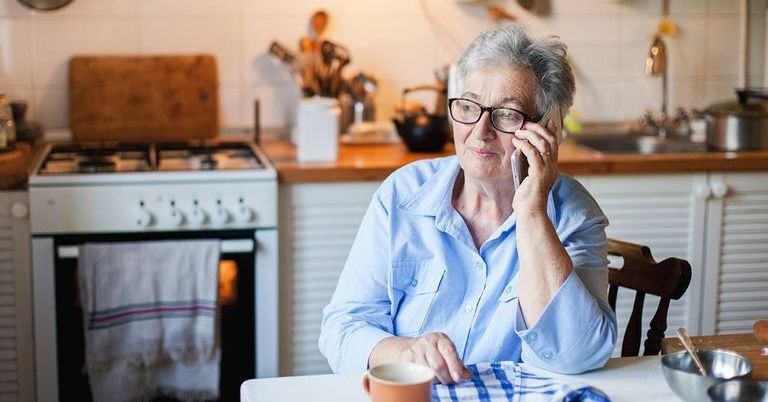 Five Things Your Ears May Be Telling You

When she was working as an audiologist, patients told Pauline Dinnauer they had more energy after getting hearing aids. They were no longer experiencing effort-driven fatigue. And they didn't come home exhausted after weddings or parties where they had to do a lot of listening.

"It got to the point where I started telling people to watch for it," says Dinnauer, who is now vice president of audiological care at Connect Hearing (a nationwide network of hearing clinics).

Research is beginning to demonstrate a link between hearing loss and both effort-driven fatigue and "fatigue linked to the negative emotions related to having a hearing impairment." But listener fatigue is just one phenomenon associated with hearing health. Dig deeper, and you'll find surprising connections between hearing health and a host of other conditions, including dementia, cardiovascular disease and COVID-19.

Hearing Loss Can Contribute to Dementia

The first study that linked hearing loss and cognitive decline appeared three decades ago. Since then, a growing body of evidence has tagged hearing loss as a contributing factor in dementia.

According to a 2020 report from the Lancet Commission, hearing loss is the leading modifiable cause of dementia (out of a dozen factors that include smoking, high blood pressure and depression). Citing two long-term U.S. studies, the report suggests that "hearing aid use is protective, rather than the possibility that those developing dementia are less likely to use hearing aids."

A 2012 study found that mild hearing loss doubles the risk of developing dementia, while people with severe hearing loss face five times the risk. As Next Avenue previously reported, likely reasons include the additional cognitive load required to understand speech and the fact that people with hearing loss tend to self-isolate, which is a known dementia risk factor.

Years ago, Dinnauer conducted hearing tests in a nursing home. When Dinnauer approached one particular resident, the staff told her, "She doesn't talk at all; she's completely disconnected." But as soon as Dinnauer gave the woman headphones that allowed her to hear at a normal level, she opened up and began a conversation. "It still brings tears to my eyes," Dinnauer says.

Charles Bishop, an audiologist who practices at the University of Mississippi Medical Center, says, though, that it's important not to assume that hearing loss directly causes dementia.

A 2012 Johns Hopkins Medicine study found that people with mild hearing loss are nearly three times as likely to have a history of falling as people with normal hearing, and the risk increases 1.4-fold with each additional 10 decibels of hearing loss.

That's a problem, especially because falls can be detrimental to an older person's well-being. Fall injuries send three million older Americans to emergency rooms each year, and one in five falls causes a serious injury.

"Gait and balance are things most people take for granted, but they are actually very cognitively demanding," Lin was quoted saying in a press release about the study. "If hearing loss imposes a cognitive load, there may be fewer cognitive resources to help with maintaining balance and gait."

In other words, if you're focused on trying to hear, you might have less focus on staying upright.

Additionally, people struggling with hearing can miss vital cues that could keep them upright.

"Similar to the brain using cues from vision and so on for spatial orientation, there are also cues coming to you from your hearing that help you with spatial orientation," Dinnauer says. One example: the sound you hear when stepping from pavement onto gravel might alert you to more treacherous footing ahead.

Cardiovascular Disease Can Affect Your Hearing

Hearing loss is sometimes a symptom of cardiovascular disease (CVD) — or a result of risk factors that lead to CVD, such as obesity, hypertension, elevated cholesterol and smoking.

The problem appears to be blood flow to the inner ear. From a 2018 study in Hearing Research: "It is thought that high blood pressure or disrupted blood supply might affect the rich capillary supply within the cochlea, specifically the stria vascularis, which might result in hearing loss."

According to Bishop, cardiovascular risk factors are especially problematic when they persist over a period of decades. "Carrying obesity over time is what is the risk factor, not so much just being obese at any moment in time," he says. (That makes him worry about the future hearing health of today's young people, who are more likely to be obese than their parents and grandparents.)

Bishop emphasizes that hearing loss may be the least of your worries if you smoke, have diabetes or are obese — all risk factors for stroke. "Anything that leads to stroke risk is going to lead to hearing loss risk," he says. "But the biggest problem with stroke risk isn't hearing loss; it's stroke."

Stress and Tinnitus Can Worsen Each Other

Tinnitus — a persistent ringing, humming or roaring sound some people experience with hearing loss — can stem from an array of causes, everything from high blood pressure to Meniere's disease to compacted ear wax. And stress can exacerbate it.

In a 2015 survey in the American Journal of Audiology, 36% of respondents said stress made their tinnitus worse, while 15% said relaxation made it better.

As the researchers noted: "Reducing the effects of tinnitus can sometimes be facilitated, not just by focusing on the tinnitus, but by exploring other sources of stress in our patients' lives and discussing those areas."

Dinnauer says stress and tinnitus often feed off each other.

"You start thinking about these different things that are causing you stress, and your ears can start ringing because of that increased load on your overall system," she says. "And then the ringing in the ears causes even more stress, because not only are you worried about the thing that's stressing you out, but now your ears are ringing."

The connection between stress and tinnitus may explain why many COVID-19 patients report their tinnitus has increased.

In a recent survey described in Frontiers in Public Health, 40% of 3,103 COVID-19 patients with preexisting tinnitus said their symptoms had worsened since they became infected.

COVID-19 has also, in rare cases, led to sudden and irreversible hearing loss — perhaps as a side effect of the body's immune response.

In one case, a man with no history of hearing problems suffered sudden onset hearing loss after being hospitalized with COVID-19. He recovered partial hearing after a course of oral steroids, leading researchers to recommend that patients be asked about hearing loss in ICUs.

And that's good advice for anyone experiencing sudden hearing loss or other changes to their hearing.

"Definitely talk to your physician about any symptoms that you're experiencing, see a hearing care professional to have a thorough hearing exam and make sure that your audiologist and your physician are communicating and sharing information," says Dinnauer.

And listen to your ears. They may be telling you something.