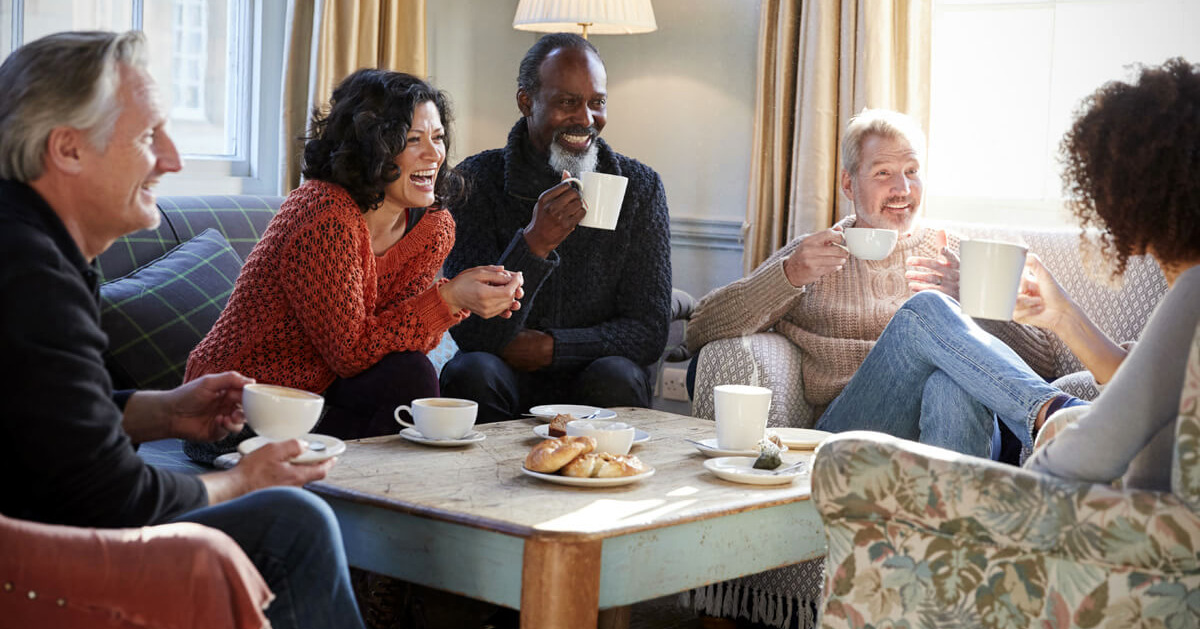 Does Getting Older Make You Less Stressed?

By Donna Pols Trump for Next Avenue

A recently released Gallup Global Emotions poll suggests that as people age, they tend to experience less overall stress in their lives.

The poll asked respondents from over 140 countries questions about positive and negative experiences they had yesterday (a single day in 2018). One subset of answers reveals particularly thought-provoking information about which age group of Americans is most stressed, worried or angry. The immediate answers may or may not surprise you, but the way they fit into an entire body of research on happiness in the course of peoples’ lifetimes almost certainly will.

In other words, the results look like age makes people less stressed, worried and angry.

Similar results have been confirmed by researchers like Arthur A. Stone, professor of psychology, economics and public policy at the University of Southern California and the director of the USC Center for Self-Report Science.

Stone co-wrote a paper on stress and age in late 2017, based on research conducted over a five-year period. It included data from more than 1.5 million American respondents.

“The question asked was, ‘Yesterday, did you experience a lot of stress?’” Stone says, adding that there were only two ways to answer: Yes or No.

Up to age 50 or 52, about 45% to 50% of the study participants responded “Yes,” they had experienced a lot of stress yesterday. But from about age 52 on, the rate of experiencing stress started to decline, rapidly and linearly. Of the participants who were 75, only 16% to 17% answered “Yes.” The paper’s conclusion: Daily stress shows a pronounced decrease for people 50 to 85 years of age.

But wait: Couldn’t the standard stresses on people younger than 50 — like taking care of children, for example, or the pressures of a competitive job and/or little time for leisure and relaxation — explain why they experience more stress than those over 50?

They might, except for the fact that Stone’s research and data analysis eliminated the possibility of many factors’ influence on the finding of decreasing stress after age 50.

“We looked at many variables,” Stone says. “We can’t find something that makes [the abrupt decline in stress from 50 to 85] go away.”

Jonathan Rauch, a senior fellow at the Brookings Institution and author of the book, The Happiness Curve, cites research asking respondents how satisfied they were with their lives on a scale where 1 is the least life satisfaction and 10 is the best. The result: a U-shaped curve of happiness over a person’s lifetime (highest at age 20, bottoming out in the 40s to 50s and rising afterwards into the 80s and beyond) persists even after adjustment for income, gender, education, employment, marital status and health.

“Your age has a clear relationship with how happy you are,” Rauch says.

Why is the Happiness Curve True?

The happiness curve has been validated widely. The question is, why is it true?

Rauch has a few ideas about that — three main ones to be specific — which he explains in The Happiness Curve.

First, he says, “We readjust our expectations about how happy we’ll be. We get more realistic both about what we will achieve and how happy our achievements will make us.” Strangely enough, this adjustment, even though it’s something of a lowering of standards, makes us happier.

Second, we change our values as we age. Rauch refers to research in this area by Stanford University’s Laura Carstensen, whose “selectivity” theory suggests that as time horizons shrink, people become increasingly selective about how, and with whom, they spend their time. Living in the present, taking each day as it comes, savoring the positive, dwelling less on the negative, not overreacting, setting realistic goals, prioritizing important people and relationships — this is what older people do as they perceive their remaining time shrinking, says Carstensen. And it’s what psychologists have been telling us for years will improve life satisfaction.

The third factor contributing to increasing happiness after age 50 is our brains. “It has been documented that our brains change as we age. Our brains are helping us be happier,” Rauch says.

Dr. Dilip Jeste, another researcher Rauch cites in his book, concurs — at least to a degree. Jeste is the senior associate dean for healthy aging and senior care, and director of the Sam and Rose Stein Institute for Research on Aging at the University of California San Diego.

“The [happiness] curve itself may not be universal,” Jeste says. His work (for example, abstracted here), describes not a curve but a line: As people age, a nearly linear improvement in mental health occurs, even as physical and cognitive function decline. “We found it from the 20s into the 80s, or even 90,” he says.

Once again, the question is why? What is the mechanism for improved mental health with age?

One possibility is that older adults become more adept at coping with stressful changes.

Another may be an increase in wisdom, which Jeste defines as “a complex human trait with several specific components: social decision making, emotional regulation, prosocial behaviors, self-reflection, acceptance of uncertainty, decisiveness and spirituality.”

There’s some evidence, say Jeste and others, that the potential for wisdom is at least partly neurobiologically based. In other words, it’s hard-wired into all of us. Brain regions have been identified as being common to the different domains of wisdom, further suggesting a biological component. And elements of wisdom are largely consistent over time and cultures, from the Hindu Bhagavad Gita to the ancient Greeks to the Taoists of China, Jeste says.

Additional studies show that people can cultivate and enhance their own wisdom by increasing their empathy, compassion, emotional regulation and spirituality through group and individual therapy.

Jeste says research also indicates that retirees can very positively influence the mental health and well-being of younger people, and at the same time improve their own physical and mental health, through intergenerational activities, like volunteering 15 hours a week in elementary schools.

New Research on Age and Stress

Stone and his group at USC recently launched a 3000-person study, funded by the National Institute on Aging, to determine exactly what is changing in older people over time to cause the remarkable decrease in stress levels seen as people age from 50 on.

The research will consider, among other things, psychological factors as the analysts try to explain why older people are less stressed.

“We’re going to look at things such as how older people feel about how much time they have left, and their feelings about social connections,” Stone says.

Stone says it’s also possible, as suggested by Jeste and Rauch, that there are biological factors in play. These could be brain chemistry or hormonal changes that happen in older age that mediate some of the perceived stress decline, although these will not be examined in the new survey.

Donna Pols Trump writes for the online platforms Next Avenue and Build With Rise. She also writes fiction; her short stories have been published in Ploughshares, MidAmerican Review, and the New York Public Library subway collection. She's working on a coffee table book of wild birds in flight.