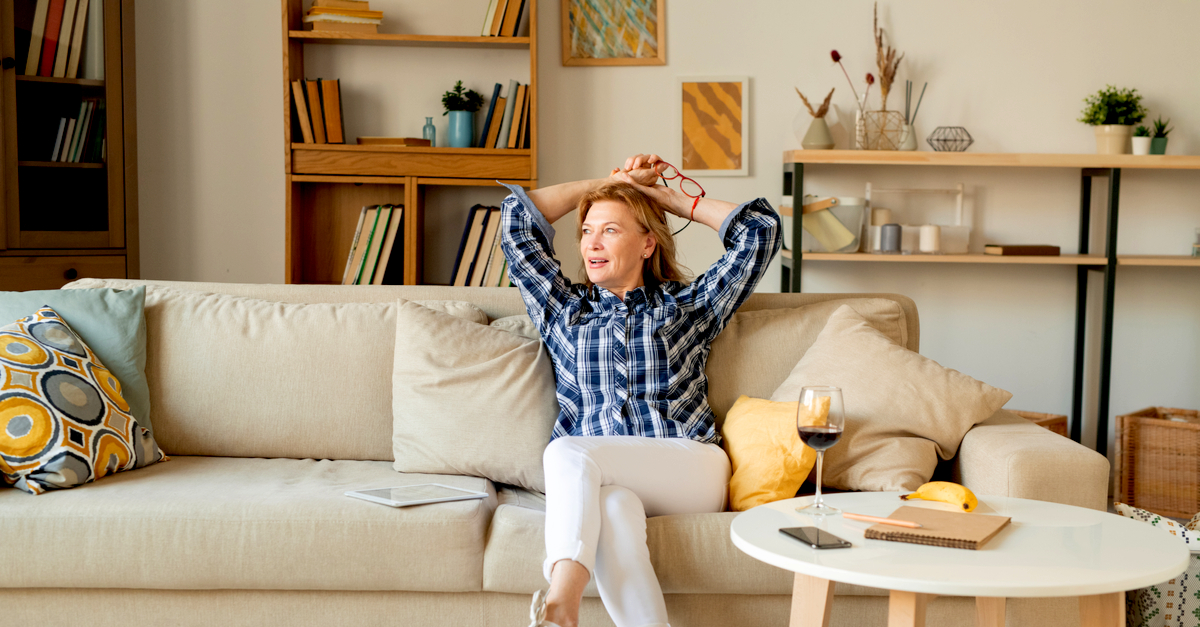 By Susan Schaefer for Next Avenue

The COVID-19 quarantines have brought a new perspective about how we inhabit our spaces. Even as we venture forth into the "new normal," many of us will continue to spend more personal and work time at home.

Not surprisingly, during those long lockdown hours within our own four walls, many of us discovered that we were drowning in belongings – drawers, closets, rooms and garages – our homes filled to the brim.

Pre-pandemic, we may have delayed dealing with our abundant possessions until we retired and/or became empty nesters. This is when the urge to downsize naturally becomes a priority.

For many, however, the ramifications of the pandemic have shifted from downsizing – maybe moving to a smaller place – to "rightsizing" in place.

Of course, the decluttering craze began a few years back when litter liberator, Marie Kondo, a gracious guru of good taste, popped on the scene. It seemed everyone was in a frenzy to conquer their clutter, binging on her series "Tidying Up with Marie Kondo," spurred on by her bestselling book, "The Life-Changing Magic of Tidying Up."

Though Kondo's approach seems to have sprung sui generis from this fresh-faced, soft-spoken naïf, the truth is that both accumulating and easing excess dates to the dawn of civilization.

The Western history of word clutter traces back to the 1400s and is related to the word, clot – loosely meaning "collected in heaps, crowded together in disorder, to litter or to crowd a place by a disorderly mass of things." Yuk.

Improbably, the word signifying correcting this condition, the verb decluttering (which spellcheck doesn't even acknowledge as a word) didn't exist until 1950 according to the Merriam-Webster dictionary.

Yet, in the half-century since decluttering's appearance, experts on the how, why and when to clear our untidiness abound. There are even articles in juried scientific publications proving that if we live in a mess, we may need a shrink to unshackle ourselves from the despondency it creates.

Predating medieval cluttered hovels or even 1950s Modern Architecture streamlined homes was the Chinese practice of feng shui, an ancient art that is possibly the first system developed to create joy and promote wellbeing by tending to our surroundings.

Dating back approximately 3,500 years, feng shui developed alongside early societies moving from hunter-gathering to farming and domesticating animals. In other words, no longer nomads, these folks settled down, built permanent homes, cities and societies, and began accumulating stuff.

The Concept of Feng Shui

The term feng shui itself translates as "wind-water," signifying its earliest practice to site a safe place for dwellings with a main purpose to create abodes where families could flourish.

As time progressed, the movement morphed into a tradition to help locate important buildings, palaces and monuments, focusing on elements in both natural and human-made environments.

Qi refers to "a complex natural force generated by a combination of both real and abstract sources including sunlight, cosmic influences, color vibrations, the movement and quality of the air around us, the flow of water, the nature of our thoughts and emotions, the form of objects and more." Most critically, and completely in line with Kondo's concepts, Qi influences how a place feels, how you feel in it and if you can circulate in the space harmoniously.

The term Yin and Yang, means to create a balance, such as between light and shade or movement and stillness. Too much of one or the other causes disruption, and therefore a lack of harmony or joy.

The Five Elements are a bit more complex, but to simplify greatly, the presence of each in your home and surroundings, placed according to ancient precepts, will also greatly contribute to serenity, energy, productiveness and overall health and well-being.

Feng shui has been applied to businesses, gardens, public spaces and homes. Practitioners work with concepts such as natural light, views, colors, plants, images, water and fire features, and materials such as wood, steel and stone. Homeowners who employ feng shui create spaces devoid of untidiness. Objects are curated according to ancient natural principals. Unlike merely decluttering, there is an aura of magic and the mystical in this practice.

I have worked with the principles of feng shui since the late '70s, after living abroad for two years: one traveling in India and one teaching in Bogotá, Colombia. During my foreign trips, I'd picked up more than a few interesting artifacts and moved from being an apartment-dwelling student to a home-owning professional.

I enjoyed the simplicity of my student days, so when I took possession of a modest two-story, three-bedroom, side-by-side brick duplex, I sought a way to display my growing collection of art objects, textiles, books and housewares with the same attention to openness, flow and harmony that my student days had fostered.

Still in my 20s, to supplement my role as director of bi-lingual English at a local college, I worked weekends at my friend Nancy's organic health food counter where two charming coworkers, a Hawaiian named Leo and a Hindi named Vivekananda, turned me on to feng shui. I was hooked and have incorporated its basic principles into every home I've since owned.

My own six design principles follow feng shui with the emphasis on curating:

Decluttering Allows Us to Flourish

A recent "Psychology Today" article lists five big reasons to pare down your "disorderly masses," citing scientific documentation about how and why this will put you on the road to well-being. Living in clutter creates or contributes to the following: low subjective well-being; unhealthier eating; poorer mental health; less efficient visual processing and less efficient thinking.

The conclusions seem irrefutable: the advantages of streamlining outweigh simple housekeeping by elevating our happiness at home and work, while also benefiting our physical health and cognitive abilities. As with the ancient Chinese beliefs, decluttering allows us to flourish.

This doesn't mean creating totally sterile environments, overly Zen, devoid of personal touches. Thoughtfully curated collections can also define and please. With the looming uncertainty of the coronavirus' ability to outwit our ability to fend it off, now is a perfect time to learn how to arrange things together for a pleasing and artistic effect.

Susan Schaefer is a widely published independent journalist, creative writer, and poet. Born and raised in Philadelphia, she was co-publisher and editor of its edgy downtown biweekly, the South Street Star. Most recently she was a columnist and features writer for Minneapolis’ Southwest Journal and Minnesota Good Age magazine. Her articles have appeared in the Minneapolis Star Tribune, Philadelphia Inquirer, the Philadelphia Daily News, Mill City Times, the Seward Profile, and the Netherlands’ Crossroads Magazine.

Posted on
September 28, 2021
by
filled under
Aging Well
Downsizing
Wellness
« Back to Blog