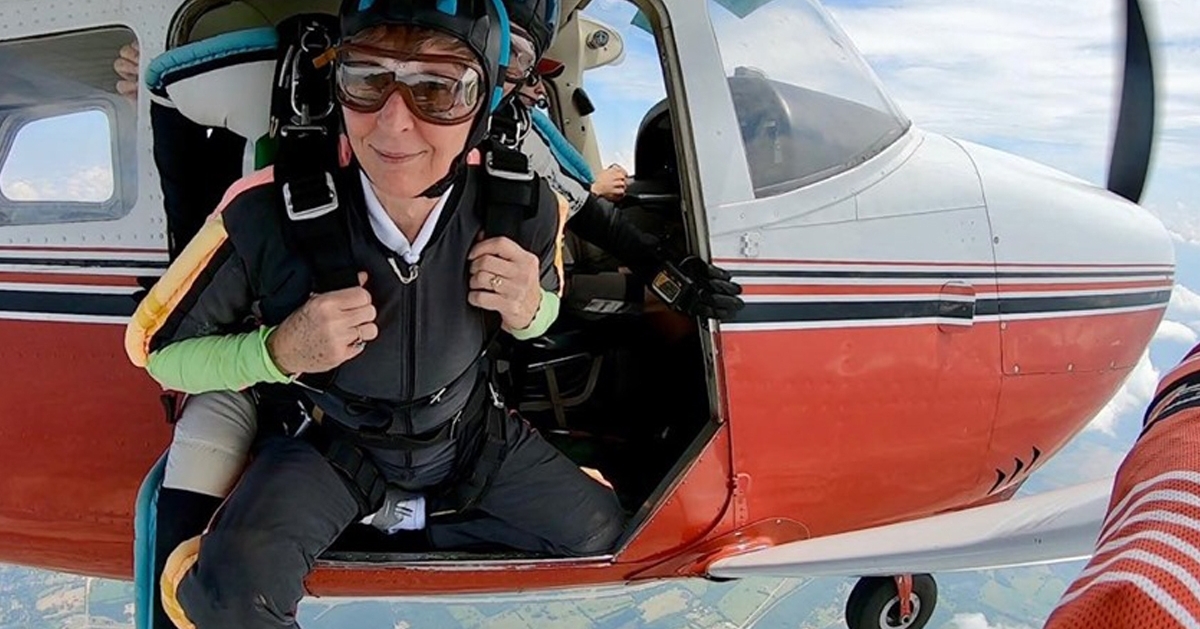 Part of the IN GOOD COMPANY SPECIAL REPORT

I’ve been a widow for nearly two years, and on my own journey in “this club no one wants to join,” I’ve met and been inspired by many who’ve walked this path before me and will tell you about three of them. I learned of Leslie Gray Streeter through a widow friend who recommended her book and met Mark Rogers and Carol Johansen in different support groups.

I’ve written about all of them on my public Facebook page, Years of Light: Living Large in Widowhood.

I hope their stories here also inspire you.

Leslie Gray Streeter never thought Scott Zervitz, the boy she met in a Baltimore high school around 1985, would become her husband.

Knowing each other mostly through friends, the classmates eventually reconnected before their 20th high school reunion over crab soup and beers near Streeter’s home in Florida. The friendship of this unlikely couple (he was white and Jewish and she is African American and Baptist) eventually grew into an undeniable love. They were married on February 28, 2010.

Their life was good. They were in the process of adopting a baby boy when Streeter’s beloved “Scotty,” as she called him, died suddenly in their bedroom on July 29, 2015. He was only 44. The death was ruled a “coronary event,” likely the heart attack more commonly known as the “widow maker.”

Although the adoption hadn’t yet been finalized, Streeter and Zervitz were already deeply bonded and committed to their son, Brooks, and she pressed forward, now as a single mother, with the arduous adoption process.

Streeter’s mother, Tina, who had lost her husband, Streeter’s father, three years prior, was already planning a move to Florida and instead moved in with Brooks and Streeter, who is a columnist with The Palm Beach Post.

Streeter says she somehow managed the first days, weeks, months and year as best she could juggling grief while in her unexpected role as a single parent. She credits Brooks, her mother and Camp Widow, a group to help widows connect and move forward, with getting her through.

Brooks’ adoption was finalized just a week before the first anniversary of Zervitz’s death. “I thought it worked out that way so I could also have something to celebrate at the end of July,” reflects Streeter.

The law wouldn’t allow Zervitz’s name on the birth certificate, but Streeter keeps his memory alive for Brooks by sharing stories and photographs of his dad. Brooks is now a happy, well-adjusted and rambunctious six-year-old.

Streeter, now 49, wrote the recently released book, Black Widow: A Sad-Funny Journey Through Grief for People Who Normally Avoid Books with Words Like ‘Journey’ in the Title.

She is also currently making a major life change, relocating with Brooks and Tina back to Baltimore to be near her own, and Zervitz’s, extended families. She will continue her role as a columnist remotely until late summer; she says it was also a good time for a career move.

Of her now five-year journey as a widow who is always moving forward, Streeter says, “I’m no longer in the immediate trauma, I’m looking forward, but I will always be Scott’s widow, that will never not be true, even if I meet someone else.“ She added, “It will always hurt, but the further away we move from ground zero, the safer it feels and the firmer the foundation again.”

There’s More Than One Way to Mend a Broken Heart

In October 2017, Mark Rogers thought he finally had it all, a fulfilling career as editor of a small town newspaper in his wife Amelia’s hometown of Columbia, Miss., a son from a previous marriage doing well in college and a good marriage of two years.

That all changed when Amelia, 33, suddenly died of a grand mal seizure.

“I can’t think of anything worse than losing a spouse,” Rogers says.

Rogers went through every stage of unimaginable grief. “I had the initial shock and guilt and anger at myself from having left for work early that morning, I thought if I’d been there….” A Type 2 diabetic, he also began eating junk food and drinking to cope with his loss, which spiked his blood sugar levels.

Rogers found support through his many friends and Amelia’s family, but says he finally began moving forward when he accepted a new position at a paper in Greenville, Ala. in January 2019.

Soon after, he began chatting online with Laurie Weisner-Phillips, who had lost her husband, Kevin, a little over a year prior. The two met in a group for widows and widowers on Facebook. Weisner-Phillips lived in North Carolina and the pair found they had a lot in common, including their love of photography.

The friendship grew into a relationship, and by December 2019, they were frequently traveling to meet with each other and had even briefly discussed marriage. “I never thought I could be this happy again,” says Rogers.

Rogers’ life then took another unexpected turn. The 57-year-old was planning to cover a high school basketball game one Friday night in January 2020 when he began to have chest pains. A trip to the emergency room revealed major coronary blockages, which led to open heart surgery and a quadruple bypass.

Weisner-Phillips took time from her job as a teacher and stayed with Rogers during his hospitalization, and also brought him back to her home to help him recover.

Not wanting to waste time, the talk of marriage progressed to action as soon as Rogers was able. The couple married in a friend’s barn on March 21. He’s also made a few more life changes, retiring from the newspaper business and moving to his wife’s home in North Carolina.

In July, the couple embarked on an ambitious “30 States in 30 Days” road trip, partly with Laurie’s dad, who lost his wife of more than 50 years (Laurie’s mom) in June.

“Both of us having been through that loss, we wanted to get him out of the house,” Rogers says. A food blogger for a food/travel blog, Backroads and Burgers, Rogers says he will work on his career plans when he returns to his new home.

In the meantime, he says they are taking every precaution and being pragmatic with a pandemic still raging across the country.

Jumping Back Into Life

Carol Johansen, 70, always wanted to jump from an airplane, but her husband, J.D., a World War II and Korean War veteran, wasn’t so keen on the idea. “He said he’d done it once in the Air Force and wouldn’t do it again unless he had to,” she laughs.

J.D. died at the age of 90 in November 2017, after a long illness with heart disease and dementia.

Understandably, Johansen didn’t know what to do with her post-caregiving life at first.

“The experts say caregivers really don’t grieve before their loved one dies, but I believe we do, at least I did. J.D. remembered who Carol was; he just didn’t know I was Carol. You have another person there, but the partner you had is gone,” explains Johansen.

Johansen joined a local grief group. After reading aloud an assignment in which the group was asked to make a bucket list and Johansen’s included zip lining, jumping from a plane and other adventures, she met another widow in the group (who didn’t want to be named for this article). They became friends and began traveling together in 2018, logging 18,000 miles of travel and 25,000 miles in 2019.

The pair did, indeed, zip line and tandem jump from 10,000 feet. Johansen describes that adventure as the “most thrilling” and they’ve added that back to their list. Only this time, they want to jump from 14,000 feet, so they have more free-fall time.

“It was such an adrenaline rush, as soon as I hit the ground I wanted to do it again,” says Johansen.

The pandemic put a halt to their travel in 2020, but Johansen hasn’t let that get her down. “I’ve always been a positive, upbeat person, I just remind myself I can’t travel right now, but I can later,” she says. “I lean into my faith, listen to music, read, exercise and stick to my routine at home. I’m a person who is alone, but not lonely.”

Kerri Fivecoat-Campbell is a full time freelance writer and author living in the Ozark Mountains. She is the founder and administrator for the public Facebook page, Years of Light: Living Large in Widowhood and a private Facebook group, Finding Myself After Losing My Spouse, dedicated to helping widows/widowers move forward.