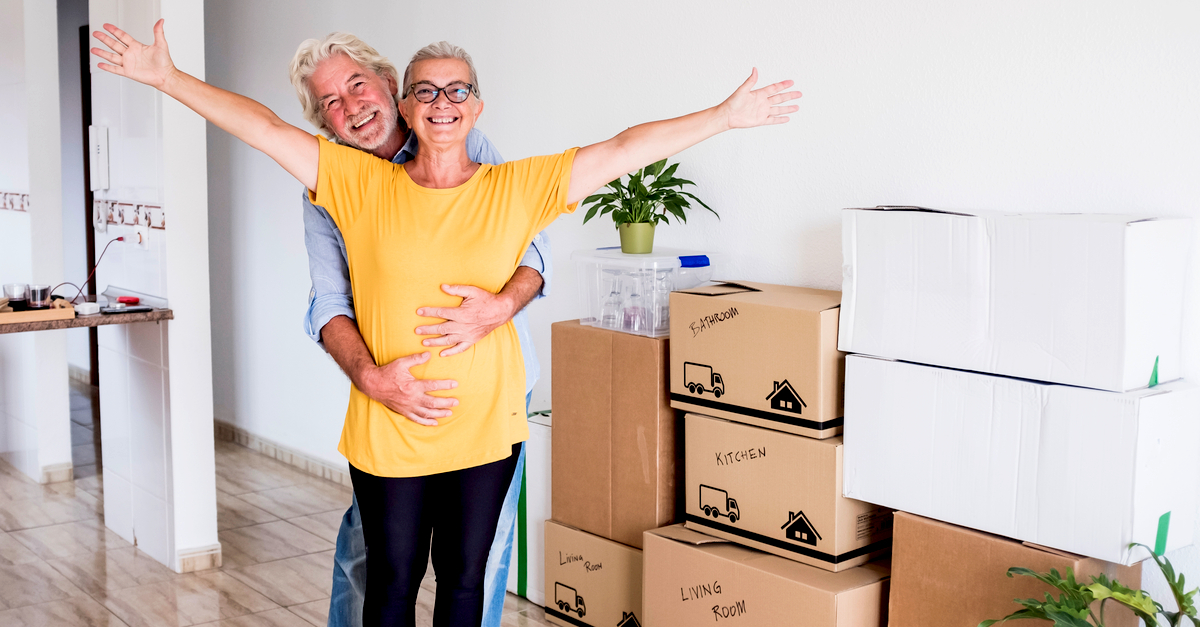 By Margit Novack for Next Avenue

Two years ago, my husband Bill and I bought a dream-come-true home in a senior living community. We were downsizing our possessions so we could upsize our lives. The timing was perfect, and I'd been a professional senior move manager for more than 20 years, helping other older adults downsize. What could go wrong?

Three months before our move date to the senior living cottage, Bill had a planned hip replacement. Two days later, he had a massive heart attack. In the blink of an eye, we went from moving under the best of circumstances to moving under the worst.

Despite this, I never considered not moving; Bill could not return to our three-story colonial. Because I had been a senior move manager, I knew exactly what to do to have a seamless, stress-free move.

I started downsizing early and made great progress. A lot didn't come with us, but a lot did.

Themes From a Downsizing

When I look at which possessions made the cut, I see themes.

Some things came with us because of rationalization… like our 30-cup coffee urn. "I might have a large dinner party," I told myself.

Never mind that I hadn't used the coffee urn in six years. I might need it.

Some things made the cut because of procrastination, like five outdoor hoses that arrived at our new home. I had meant to cull them and select the best one but ran out of time. Not that it required much time; I just didn't get to it.

So, on move day, I told the movers, "Just take them all."

Some things came along for no logical reason, like a bag filled with panty hose I had worn in my corporate days, 25 years earlier. I'm not sure how the bag survived in my closet without being culled, let alone made it to the senior living community, but it's here.

Some things made the cut because I was pragmatic — like four cartons of photo albums. Sorting through photos takes time. Even if we succeeded in eliminating half of the photos, it would only reduce our load by two cartons.

There were 60 cartons of other things in the basement that needed to be gone before moving, and I knew I could deal with all 60 in less time than it would take to sort through the photos. That's why four cartons of photos came with us, but sixty cartons of other stuff did not.

In the 40 years since my mom died, I've taken good care of her dishes. I stored them in my basement. Now they're stored in the garage of my senior living cottage.

I'm not sure I've truly honored my mom by keeping her dishes in cartons for four decades, but they're here.

Some things made the cut because they were logical in my old home. They're not, however, logical in my new home. Like our stained-glass lamps.

Our old home was dark, with no overhead lighting, so it needed a lot of lamps. Our cottage is light- filled with lots of overhead lighting. I placed a favorite lamp where it always stood, on the round table next to Bill's chair. On that table, it competes for space with a box of tissues, his coffee mug, three remotes, throat lozenges, and his iPad.

Light in our new home is so much better that, in the time we've lived here, we've never once turned the lamp on.

So what did the move of a professional downsizer look like?

It was far from perfect. It included rationalization, procrastination and pragmatism based on decisions that were emotional and sometimes illogical.

Some decisions have since been remade, some not, and it doesn't matter. We've moved in and are enjoying our new life.

I did learn some important lessons along the way, though.

The Downsizing and Life Lessons I Learned

I learned that perfection in downsizing is not required. If things made the cut that shouldn't have, it wasn't the end of the world. I could deal with them later.

I learned not to delay moving until timing is perfect. Our timing was perfect, and then it was horrible, but it all turned out okay.

I learned that despite careful planning, life is unpredictable and perfection is not required.