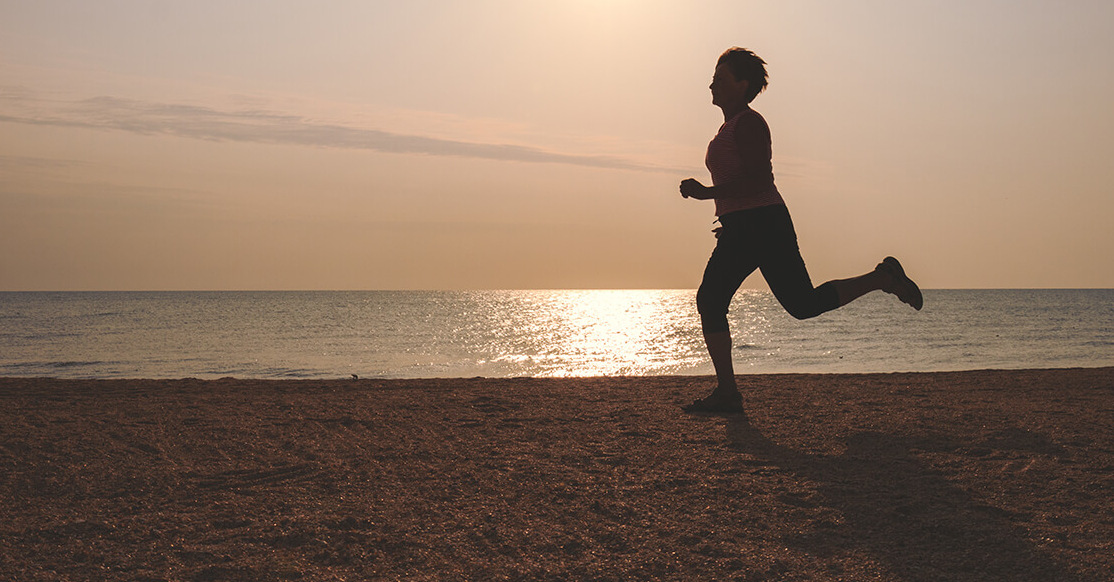 A Dying Fish, A Son’s Wish

By Marc Silver for Next Avenue

This is a story about an unlikely mix of topics: running, music, mothers, aging and a stranded blowfish.

I was on an early morning run along the beach in Cape May, N.J. during a three-day getaway. It was a great run. Blue sky, shimmering water, warm temperatures, but not too warm.

I was tuned into the roar of the waves but also my iPod. A beautiful Spanish dance by Isaac Albeniz came on. The pianist was … my mother, a lifelong musician who was a concert pianist in her youth and then turned to teaching. She is, I think, the world’s best piano teacher. But I’m prejudiced because she’s my mom and also my only piano teacher!

Anyway, we recorded her when she was in her early 90s. She played that lilting composition with power and playfulness, with technical expertise and beautiful soul. A few years have passed since then; her health is not as strong and I worry about the future.

But for that brief moment, I was transfixed by her playing — which was at the perfect tempo for my pace, because mothers always know how to do it right.

And then … I saw the strangest thing. It was high tide. And at the tide line sat an odd-looking little fish. I thought it was a frog at first — its head was so big and its eyes were bulging. The tide had washed it in. And it was stuck.

It looked like a blowfish because it was all puffed up. And I later learned that my guess was correct.

I wanted to save the fish. Wouldn’t that be a nice thing to do?

But because it had spikey protuberances all over its body, I was a little nervous about picking up the fish and tossing it into the ocean. That was a good instinct. Blowfish, I later read, carry internal toxins and possibly some toxins on their skin. I didn’t want to be the subject of a story: “Out-Of-State Tourist Stupidly Touches Blowfish.”

I grabbed a couple of sticks and tried to gently nudge the fish back into the water. It worked — until the next wave washed it back ashore.

A man happened by. He said, “You know that’s a blowfish.”

“Um, yes, I thought so,” I said. He suggested we try to roll it into the water with our feet. We did. And the same thing happened. The waves washed the fish back up.

“He doesn’t look that healthy,” the man said. “The birds will likely take care of him,” referring to the hungry gulls.

I didn’t want to give up, so I made one more valiant effort with sticks. When I left, the fish was caught up in a wave and, I hoped, headed back to deeper waters.

The Spirit of My Mother’s Music

My attempt to save the fish made me think of how we men like to fix things. We want to make it all okay. That’s a son’s instinct, a husband’s instinct, a father’s instinct.

And sometimes you try to fix something and fail.

Then my thoughts turned to my mother, whose music I’d just heard. And how hard it is to see her grow weaker as the days and weeks and months go by. I wish I could offer her miracle treatments for some of the infirmities of age. I wish I could toss her into the water and she could happily swim.

But in my heart, I recognize that’s not going to happen.

She’s at the mercy of the waves of old age, even though she’s fighting with great spirit. “It’s harder than hard,” she said to me one day. That fight against old age and death is, ultimately, the last battle. And there’s only one outcome, much as we want to deny it. As they sing in the new musical Beetlejuice: “That’s the thing with life. No one makes it out alive.”

The spirit of my mother’s Albeniz serves as a reminder that all you can do is “rage, rage against the dying of the light.” (Shout out to Dylan Thomas.)

As I left the fish tossing in the surf and continued my run, wistful and yet hopeful that maybe the fish made it, another song came on my iPod: the hymn “Come, Ye Disconsolate,” with that poignant line: “Earth has no sorrow that heav’n cannot heal.” It kind of made me wish I believed in heaven.

But overall, the morning run made me glad to be alive, to feel glistening beads of sweat, glad to still have my mother’s company and determined to begin studying that Albeniz composition because even now, she is giving me piano lessons. And she really doesn’t like it if I don’t practice.

Marc Silver is a blog editor at NPR and author of the book "Breast Cancer Husband: How To Help Your Wife (And Yourself) Through Diagnosis, Treatment And Beyond."