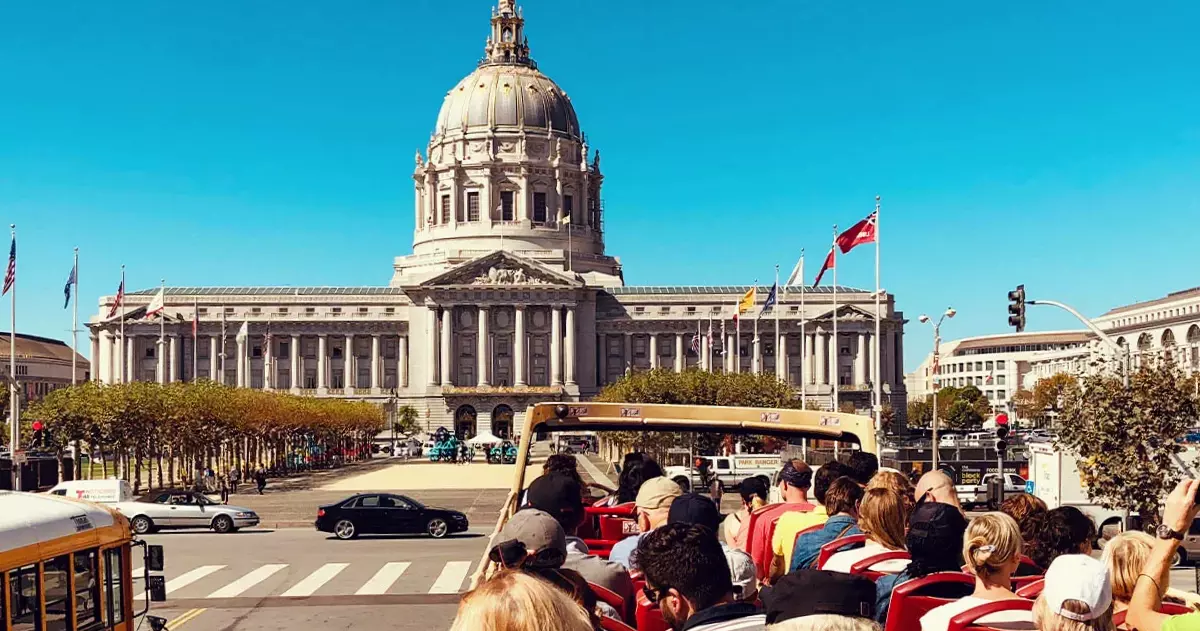 11 Tips for Traveling With a Tour Group

By Theresa Keegan for Next Avenue

During a dinner party, friends mentioned they were going to China. It was a 10-day, dirt-cheap, fully-guided, all-inclusive trip — and there were still spaces available. I’d never had the country on my bucket list, but when my husband said “I’ve always wanted to see the Terra Cotta Warriors,” I thought, why not? They pulled up the itinerary, we poured another round of wine and toasted to our upcoming trip to China.

Now this is hardly the best way to plan travel, but having been on other trips where I arranged all the bookings, tours, transfers and flights, researched the must-sees and the where-to-avoids, I reckoned at least this trip would be easy.

Our checks cleared, the Chinese visas were approved and in 45 days we were at the airport. We had compression socks, cash stashed in enough pockets and purses to avoid fatal catastrophe if we were robbed, and passports strapped to our waists. We were ready for anything.

Except for the challenges of traveling as a tour group.

A Different Kind of Travel

Prior to this, most of my travel has been solo or with people I know. We hit our rhythms, ebbs and flows depending on the length and distance of the journey, but we knew what worked and what didn’t.

Traveling with a tour group is an entirely different beast. And while I learned so much about China, its history and customs, the lesson I really took away are the do’s and don’ts of this type of travel. There’s an amazing span of ages and abilities on these trips, and finding a cohesive blend makes the difference between an exciting journey and a disaster.

1. Check out the tour organizer before you go. If a trip seems too good to be true, find out if there’s a catch. In our case, the tour, which was organized by a local Chamber of Commerce, was actually an economic junket underwritten by the Chinese government, which we didn’t know until we arrived. As a result, the stops at silk, pearl and jade factories were mandatory. There was very little direct interaction with people where we stayed and very controlled time at cultural institutions.

Before I gave the deposit, I should have directly asked the organizer if any specialty group had an influence on the tour. Speaking of the deposit, get a written contract of your itinerary before you make it. Make sure your actual hotel, airline or car rental company is identified. This allows you to review these companies’ online presence, as well as reviews, to make sure they are legitimate.

2. Pay by credit card. If your trip should not happen because of a scam or business collapse, the company will likely waive the charge, since no service was received. Be leery of transactions handled only by courier services. Wise scammers know to avoid mail fraud charges.

3. Consider purchasing travel insurance. Even if they are legitimate, tour companies can have unforeseen issues. Comprehensive travel insurance protects not just your investment, but also yourself. It can easily be purchased by a company or travel agent independent of the tour group. Be sure it includes coverage for airline failure, which usually absorbs the additional costs of making last-minute, alternative flight arrangements. Ask any of the 600,000+ people traveling under the auspices of Thomas Cook when it collapsed in September why travel insurance is important. While British citizens were covered by a national insurance program and brought home, many others were not so lucky.

4. Know your limitations and be accepting of them. Many tours for older adults now have ratings by activity level; be honest about your stamina and mobility capacity. Once you are on the trip, don’t be that one (or two or three) who pretend they can walk five miles a day and halfway through a tour are slowing down, delaying the entire group. If you need a wheelchair, own up to it, and then enjoy the sites from your new view. Everyone will be happier. Similarly, if it’s late in the day and you’re tired and don’t want to walk anymore, it’s OK to stay on the bus.

Some tours allow you to leave the group unescorted, but this is often done at your own risk and expense. Whether it’s visiting other sites, a special restaurant or just returning to the hotel for an afternoon nap, do know that taxi costs can quickly add up, language can be a factor and reservations or tickets may be needed. Ask about the policy for venturing on your own before committing to any tour.

5. Be gracious and welcoming. On my tour, there was a couple where the woman appeared to have dementia. I was wondering why they took this trip. Then a fellow traveler, obviously more gracious than I, wondered if maybe it had been a lifelong dream of this woman or her partner to go to China and they just couldn’t afford the trip — either financially or due to time constraints — until now. Everyone travels for a reason; respect the decisions of others. All the members of a tour bring something to the table and the more open you are to fellow travelers, the more you’ll enjoy the journey.

6. Listen to the schedule and respect it every morning. Enough said. Everyone on the bus, ready to go on time, means a positive start to every day.

7. Find the laughter in the breakfast area. People who know how to laugh — especially when looking at a bowl of goopy broth for breakfast — are the ones who know how to travel. Ditch the “I’m not a person until I’ve had my coffee” moniker, saddle up to the laughers’ table and start the day in a positive fashion. You’ll appreciate the early joy because at 4 p.m., you’ll have blisters on your feet, the bus will be delayed in traffic and there won’t be a bathroom to be found.

9. Think about why you’re traveling before you leave home. Is there something specific you want to see or something you want to experience before you die? Or are you just ready for some new vistas? If you have a specific goal, share it with your tour director in a kind manner, in advance and at an appropriate time. The organizer will usually try and make it happen.

10. Respect the personalities of fellow group members. At some point on a 10-day tour, people’s personalities become obvious. Don’t get sucked into the complainer mentality (there’s one in every group). Instead, when she or he loudly opines that the noodles are really just “waaayyy too crunchy,” you can quietly inform them that, in fact, they’ve just eaten zucchini and then turn to someone else for conversation. No need to argue or futilely attempt to allay constant criticism.

11. Savor the moments. Whether it’s listening to the wind rustle leaves along a foreign riverbank, the wonder of seeing a thousands-year-old vase in person, enjoying fresh soup or goofing with newfound friends on the bus, these are the memories you’ll remember long after the souvenirs are collecting dust on the shelves. Treasure them.

Theresa Keegan is an award-winning journalist based in California. Her work has appeared in a variety of publications including USA Today, The Miami Herald, Newsday and NPR. She specializes in cultural trends and commentary.